Plus 'Sneakerheads,' 'Utopia' and more streaming premieres this week 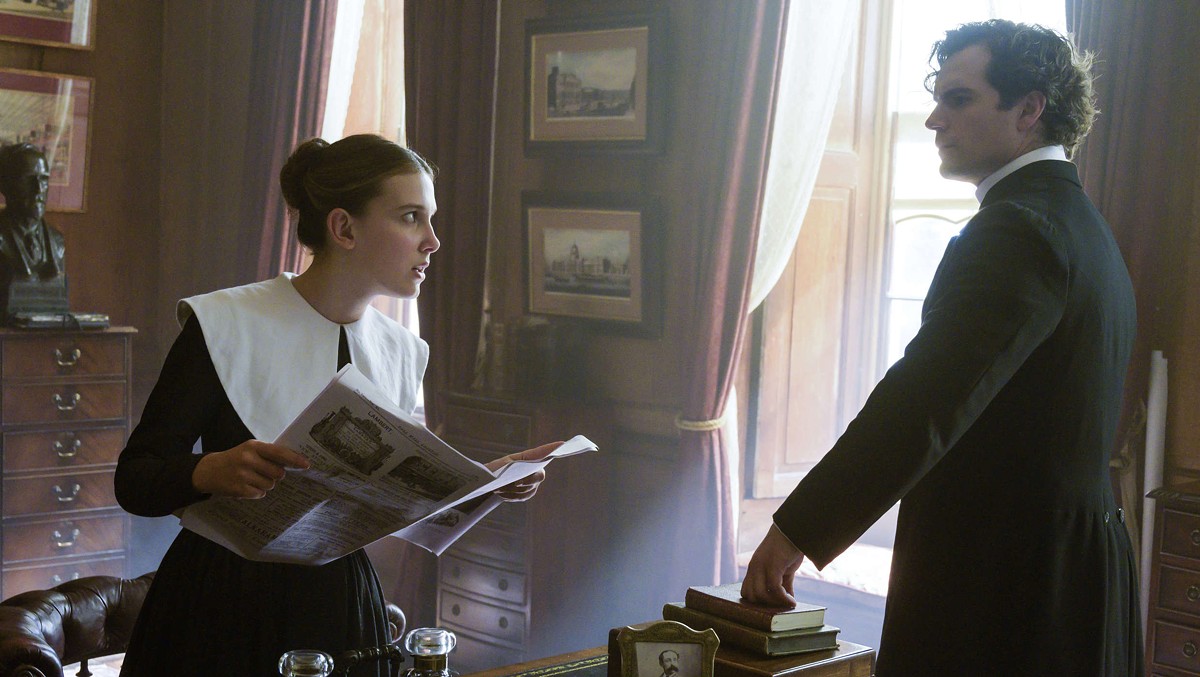 Premieres Wednesday: Enola Holmes – Did you know Sherlock Holmes had a teenage sister who was always struggling to crawl out from behind his shadow? OK, he didn't. But it beats trying to get an audience interested in entirely new female characters who aren't tied to established dudes, right? Millie Bobby Brown plays the title concoction, with Henry Cavill's mustache as local color. (Netflix)

Premieres Friday: Fandango at the Wall – Documentary cameras capture a joyous music festival that took place simultaneously on the San Diego and Tijuana sides of the U.S./Mexico border wall. "Hey, dude! Be a brah and toss over that hacky sack, yah?" (HBO Max)

The School Nurse Files – This South Korean series follows a ghost-hunting high-school nurse who has the ability to see "invisible blobs of greed." Um, hello: They're called the DeVos family, and we can see them too. (Netflix)

Secret Society of Second-Born Royals – A bored teenager who's second in line to the throne of a fabulous kingdom is recruited into an underground initiative to protect the world. And you thought Ivanka was kidding with that Find Something New jazz. (Disney+)

Sneakerheads – Ever wonder what happened to those kids who used to prize a new pair of sneakers above all else? They're all grown up and the focus of a six-episode comedy series in which they try to make their undying obsession finally pay off. Well, the ones that didn't get shot are, anyway. (Netflix)

Utopia – Gone Girl author Gillian Flynn directs John Cusack and Rainn Wilson in an adaptation of the 2013 British series about a deadly pandemic that may have been foretold by a graphic novel. Hey, I have a hard enough time convincing people that Watchmen was a warning about Crocs. (Amazon Prime)

Premieres Sunday: The Comey Rule – While Jim Carrey is about to debut as SNL's new Biden, his "Dumber," Jeff Daniels, is playing James Comey in a four-hour miniseries. Showtime tried to keep this one under wraps until after the election, but negative publicity made them fast-track it instead. Gosh, you'd think it was a vaccine or something. (Showtime)

Patria – Eight weekly episodes dramatize the effect the violent separatist group ETA had on the Spanish Basque Country over the course of 30 years. "Fun in spots, but thin on songs." – Broadway World. (HBO Max)

Premieres Monday: Whose Vote Counts, Explained – The home stretch to the 2020 election coincides with the arrival of this docu-series that enumerates the myriad ways in which voters' true preferences are suppressed. Not to be confused with Whose Vote Counts, Mansplained, which was a failed pilot for Chris Matthews. (Netflix)