He managed to make the prez look bad, but he could face jail time or fines 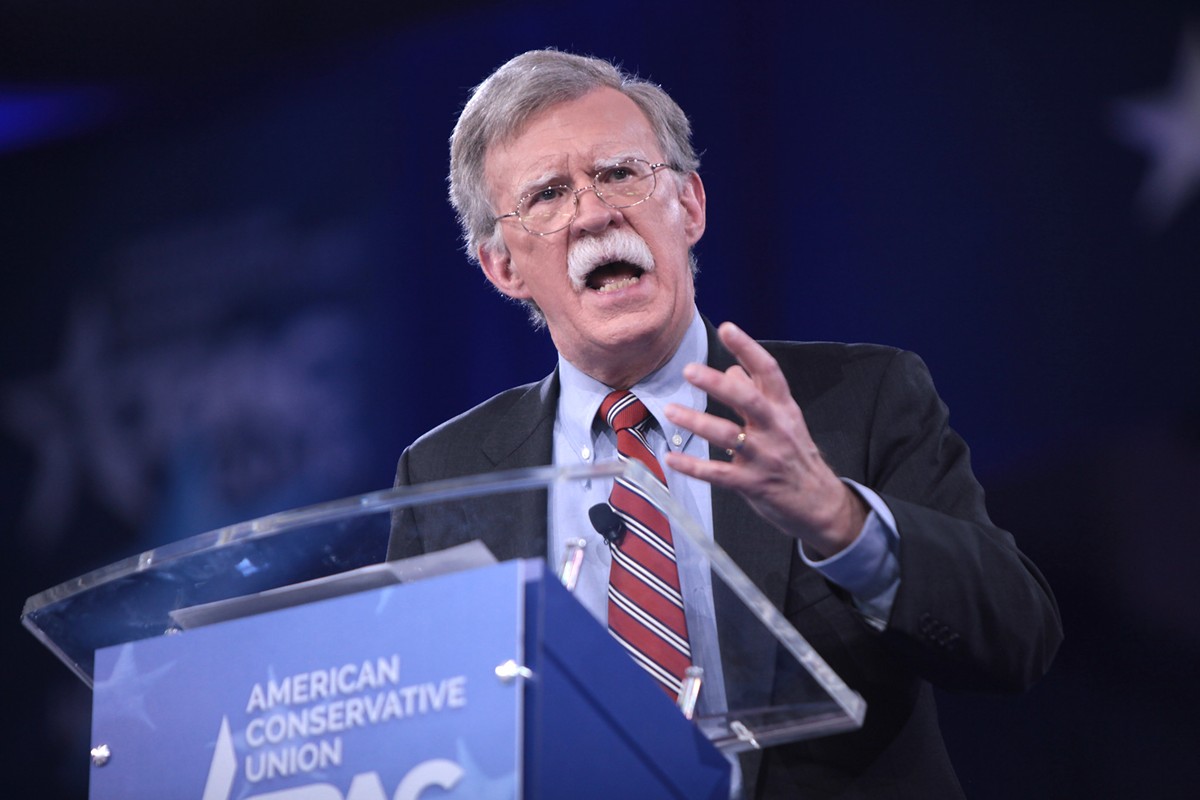 In the end, they both lost – which was, all things considered, the best possible outcome. There were no good guys here, only villains of different types, two brands of poison both toxic in their own way, two egos desperate for succor.

This week, former National Security Adviser John Bolton, an unreconstructed neocon who's rarely met a country he didn't want to bomb, published The Room Where It Happened, the 467th (approximate) insider tell-all to emerge from the first three years of the Trump administration. Like the previous 466 (approximate), it paints President Trump as an incompetent, corrupt buffoon with a fondness for autocrats. No surprise there.

Bolton being Bolton, the 500-page-plus book also berates the president for not casually murdering a hundred or so Iranians because of a downed drone. (Bolton thinks this anecdote makes Trump look bad.) More important for our purposes, it spotlights conduct that falls somewhere between embarrassing and impeachable. For instance, Bolton says that in personal conversations, Trump made the quid pro quo with Ukraine, for which he was impeached, explicit: "He said he wasn't in favor of sending [the Ukrainians] anything until all Russia-investigation material related to [Hillary] Clinton and [Joe] Biden had been turned over."

Trump similarly asked China's President Xi to help him get re-elected by purchasing American wheat and soybeans, then told Xi to move forward with plans to intern Uighur Muslims in concentration camps; those camps now hold at least 1 million people.

Perhaps most bizarrely, Bolton says Trump's jaw-dropping defense of the Saudi crown prince in the wake of his murder of journalist Jamal Khashoggi – "The world is a very dangerous place!" – was a calculated move to deflect attention from his daughter Ivanka's use of her personal email account to conduct government business, à la Hillary Clinton, which he apparently considered a more urgent problem.

Of course, Bolton, who left last September, knew all of this as the impeachment inquiry was ramping up but said nothing. House Democrats asked him to testify. Bolton refused and said he would sue to block a subpoena. With nuggets from his manuscript opportunistically leaking, Bolton said he would testify if the Senate subpoenaed him. But Republicans, having sworn unwavering fidelity to Dear Leader, weren't interested.

In a Machiavellian sense, this might have been a good strategy: tease just enough to secure membership in the #Resistance Bestsellers Book Club. For a man who portrays himself as a paragon of patriotic virtue, however, it was transparently craven.

And because the other guys are even more unscrupulous, it backfired.

Manuscripts from government officials have to undergo a review to ensure they're not divulging state secrets, a process that gives the White House leverage to delay or even block their release. That's what Trump plainly wanted: In February, the president boasted to TV anchors that The Room Where It Happened wouldn't be published during his presidency.

Over the first four months of 2020, Bolton worked with career National Security Council staffers to revise the manuscript several times. Finally, on April 27, he was told the manuscript no longer contained classified material. But the White House never sent a letter formally clearing the manuscript for publication. For the next six weeks, there was radio silence.

The political operatives had taken over. The new national security adviser had a deputy dig through it again, and what do you know: On June 8, Bolton was told it still contained classified material – some of which, conveniently, became classified after April 27.

By this point, however, Bolton had tired of being jerked around. He'd submitted the final version to Simon & Schuster, which printed 200,000 copies and shipped them all over the world ahead of a June 23 release. So last week, Trump's Department of Justice sued, seeking a restraining order to halt the book's release – an extraordinary request in brazen defiance of First Amendment principles.

"The Government ... asks this Court to issue a prior restraint order suppressing the speech of his former National Security Adviser," Bolton's lawyers argued, "... for the transparent purpose of preventing Ambassador Bolton from revealing embarrassing facts about the President's conduct in office."

That's obviously correct, but more important were the logistics. The book was already out in the wild – at bookstores, circulating among journalists, even online. There was no putting the toothpaste back in the tube. The White House's authoritarian effort to quash unfriendly speech about the president failed.

While the judge denied the restraining order, he also ruled that Bolton's manuscript does, in fact, contain classified information, which means the government can come after Bolton's reported $2 million advance and/or press criminal charges. Judging by Trump's immediate reaction, that seems like a strong possibility: "Bolton broke the law and has been called out and rebuked for so doing, with a really big price to pay. He likes dropping bombs on people, and killing them. Now he will have bombs dropped on him!"

So the book gets released, the president's corruption gets exposed yet again, and the warmonger not only fails to profit but perhaps goes to prison: Honestly, what's not to like?