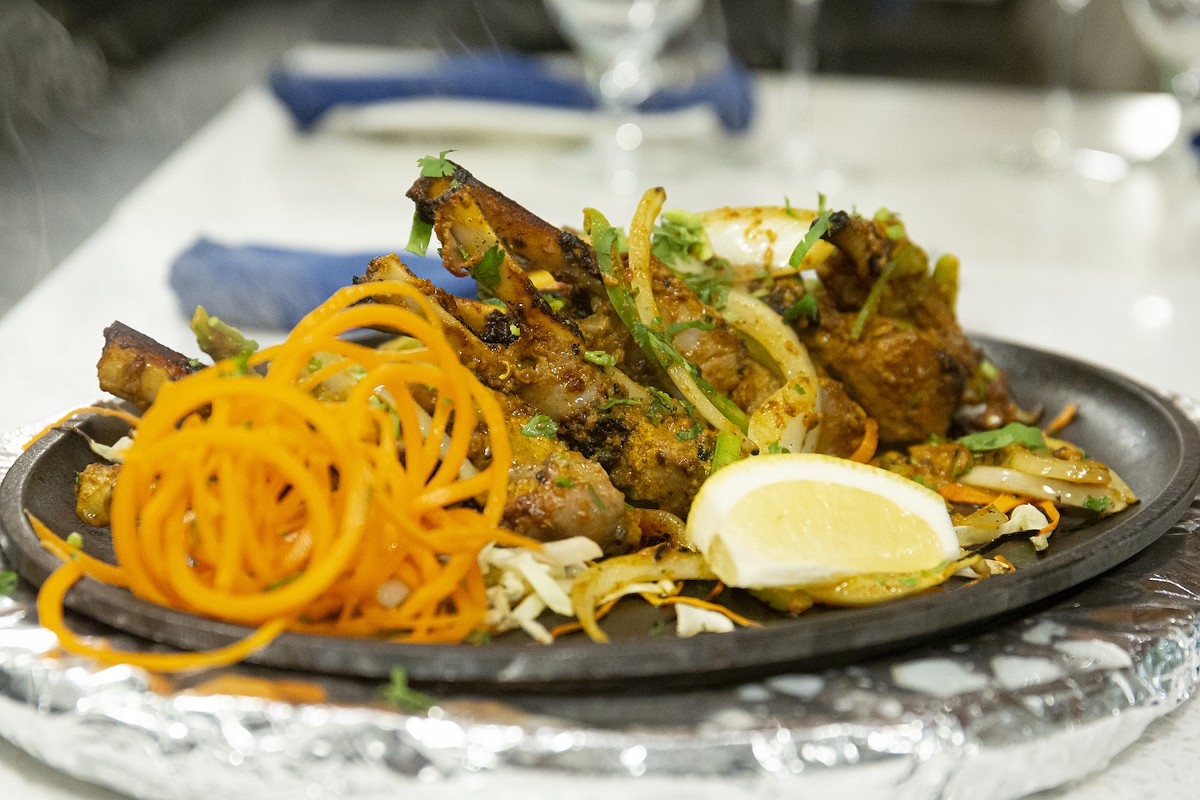 I had a craving for pani puri. The last time I indulged in this most Indian of street staples was at Chaat House on South OBT, and it did the job. This time, I dashed off to a place much closer to me – Tabla in Winter Park. I always liked Tabla, from the time I reviewed the Universal-area original back in 2008 to when they brought on chef Ian Piamonte to add Chinese and Thai dishes to the menu in 2015. Piamonte has since left, but the one constant through the years has been chef Sajan Prem. Even when Shabber Chowdhury ran the kitchen back in those early days, it was Prem's food that impressed – I know because Chowdhury was never in the kitchen on any of my early visits. No, Prem's the one who made Tabla the brand it is today, though he's quick to laud owner Nora Jain for divulging many of her cooking secrets to him. Recently, Prem's been spending most of his time at the Park Avenue outpost. It's a handsome space, this nook inside the Shops on Park, always has been – only now it's got a restaurant that's not just worthy of its allure, but also serves the best Indian food in the city. And don't let anyone tell you otherwise.

Cracking the shells of those delicate fried puri; spooning in the potato-chickpea mash; splashing the tangy-sweet pani into the void – each one of those actions raised the level of comfort to a point that Chaat House's rendition couldn't quite attain. Street to swank, Prem proves he's a deft hand in the kitchen. You won't find tandoori lamb chops ($32) that are plusher, or lamb seekh kebabs ($18) with more flavor. No overdone edges on those succulent cylinders, either. His palak ghosht ($19) with bone-in chunks of goat cooked in braised spinach and a redolent masala had my head wobbling like Russell Peters: "Too good. Tooooo good!" I blurted to myself in my suddenly cardamom-, garlic- and clove-scented kitchen. And once again, after ripping a shred of garlic-chili naan ($5) to scoop the thick, ruddy sauce: "Mind-blasting!"

There's potential for Tabla to become our very own Gymkhana, Brigadiers or Junoon, and Prem is inching us closer and closer. But he's moving laterally as well by catering to vegetarians, as well as Jains, who adhere to an extra-strict vegetarian diet – onions, potatoes, garlic, carrots or any other foods uprooted from the ground are forbidden. Prem even serves besan chilla ($14.99), a savory crepe made from gram flour served with a potato curry, raita, mango pickle and rice pudding. I've never seen it offered at any Indian restaurant before now. If you're into bánh xèo or okonomiyaki or, um, savory crepes, give these a try. They're a fixture during India's rainy season and should be during ours. On the other hand, aloo paratha ($5) – served with many of those same sides as well as some chutneys – is great any time of year.

Though they're never my first choice, Chinese and Thai options are also offered. If you have to have the General Tso's chicken ($16) for lunch, upgrade to the side of Indo-Chinese fried rice ($16). It's battle-tested. And if there's one dish that deserves to be attacked, and attacked with ravenous vigor, it's Prem's sticky toffee pudding ($7.99). It comes with a house-made chai latte ice cream that's worth fighting your conscience for. 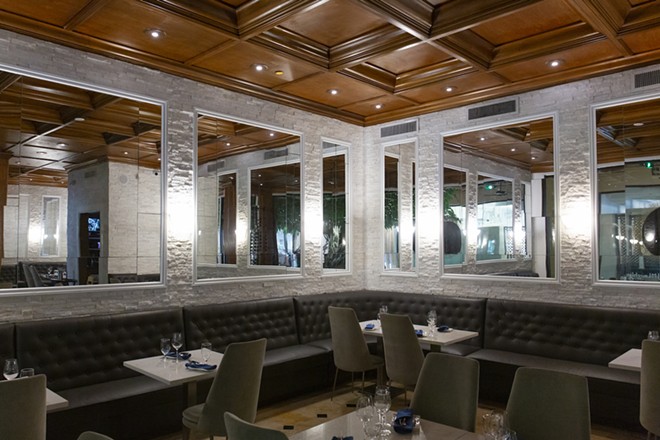 I should mention that while the dining room looked incredibly fetching, I'm not quite ready to make the jump to in-restaurant dining. That said, all my pickups have gone very smoothly, with courteous hosts wearing masks and gloves. Plus they're running some takeaway specials – spend $20 and get 10 percent off; spend $50 and get 20 percent off. They even throw in complimentary desserts like gulab jamun and ras malai. At Tabla, that's just called drumming up business.