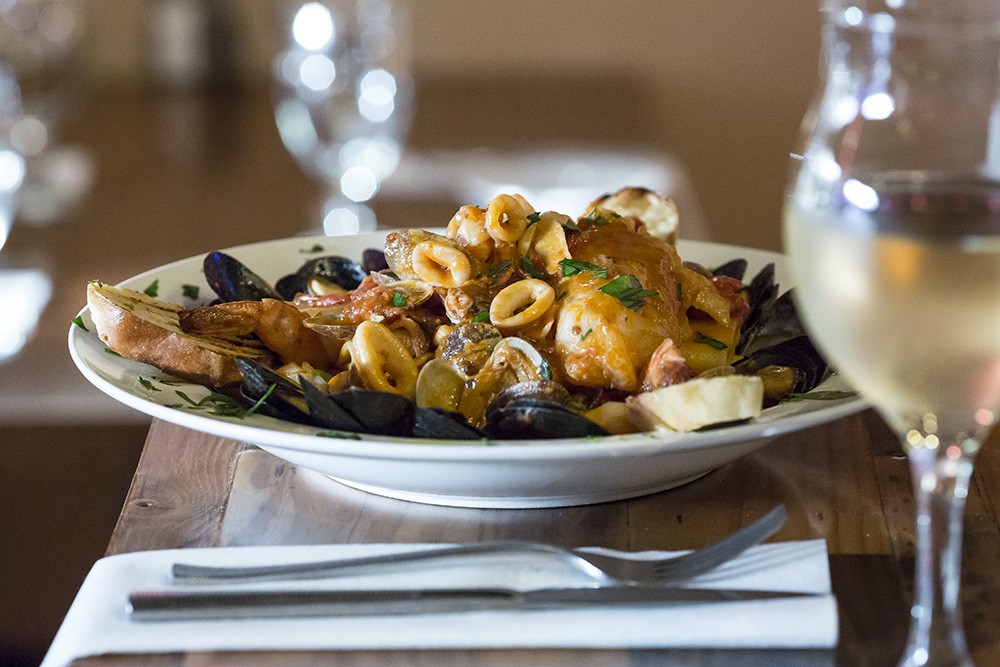 If you've been to TerraMia in either Altamonte Springs or Lake Mary, you know restaurateur Rosario Spagnolo isn't big on Americanizing anything – not the food, not the waitstaff and certainly not the experience. The interiors of his restaurants are as thickly accented as many of his servers, and not much is different at Maestro Cucina Napoletana – his joint Park Avenue venture with fellow Neapolitan Antonio Martino.

Martino managed and cooked at restaurants from New York to Boston for three decades before moving to Florida. Spagnolo's been at it for nearly three decades himself, and in a climate where chef-owners are becoming increasingly worried about labor and operating costs, rising rents and depleting margins, this sanguine chap seems to be reveling in a winning formula of blending authenticity with populist fare. Massimo Bottura he is not, yet that doesn't stop loyal hordes from indulging in generous plates served by courteously mannered servers who never fail to proffer a "prego" or a "buon appetito" or a "piacere mio."

At Maestro, it all makes for very chill and breezy dining, and the folding glass doors that open out onto Park Avenue only accentuate the vibe. You'll see Martino, who also serves as executive chef, patrolling the kitchen and manning the Marra Forni oven in the back of the restaurant, where Neapolitan pizzas are fired up in 90 seconds. There might be better Neapolitan-style pizzas to be had in town, but you won't find a better spot in which to enjoy them. Not that the pies here are subpar by any means. Perfectly blistered margherita pizzas ($12.50 13-inch; $16.50 16-inch) are thoroughly satisfying, though the connoisseur might take jabs at the insipid crust, unadulterated sauce or skimpy amount of basil.

I will say that the pie passed the "day after" test, though don't expect the same from the plate of fried calamari, shrimp and banana peppers ($12.50) which should, and will in all likelihood, be polished off in a matter of minutes. Same goes for one half of the panzarotti e zeppole ($9.50), served in a toppled paper bag for added presentational rusticity. Savory dough balls (zeppole) were mwah!, and we would've liked the potato croquettes (panzarotti) even more had they not been so incredibly salty.

Salt mars, albeit to a far lesser degree, an otherwise wonderful plating of veal stew ($19.50) tossed with potatoes, peas, onions and tarragon. The spezzatino took us back to a similar meal we enjoyed on the Tuscan hillside a few years back, and that's the thing with Maestro's dishes – even the simplest can induce reverie, even traditional polpette ($13.50). "The meatballs are dense without being dry, just like the way my grandmother made them," said my dining comrade, "and the penne is perfect."

Her nonna certainly would have approved of the profiteroles ($8.50) in all their chocolatey, Chantilly-cream-filled glory. Just as good was the pastiera ($8.50), a special Neapolitan dessert usually eaten during Easter made of grano cotto (cooked wheat), sweet ricotta, orange zest and candied fruits. It begs to be enjoyed with a doppio macchiato ($4) brewed with Julius Meinl coffee. The pairing, much like my newfound relationship with Maestro, is totally simpatico.