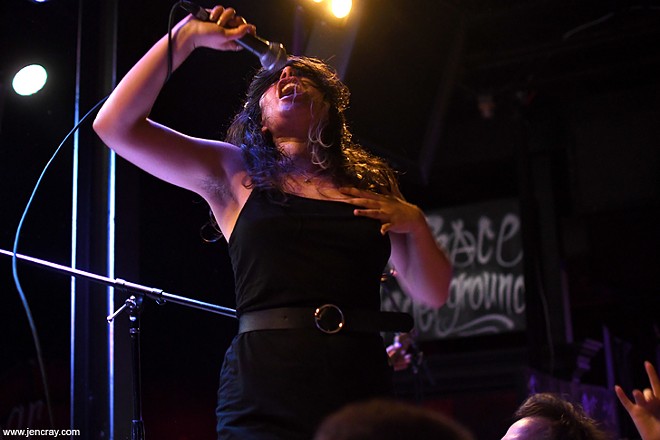 Even though I’ve seen emergent Philadelphia band Mannequin Pussy before, I haven’t really. They were last scheduled here to open up for the mighty Hot Snakes at the Abbey back in May, and they did. But they were essentially without the voice of Marisa Dabice, who had fallen ill enough to cancel their previous show. And though it did yield a pretty touching local connection when they invited anyone in the audience who knew their lyrics to come onstage and basically front the band (which local superfan Meg Tracy did), it wasn’t a proper Mannequin Pussy show.

Mannequin Pussy at Soundbar
They would, however, make up for it with a vengeance in this auspicious return, one that had the band at full steam, with a pivotal new album out and in the headlining spotlight. Firing on all pistons again, the band brought fury. And Dabice came ready to rage with full voice and presence, restoring the power, humanity and even seduction that’s the core of Mannequin Pussy. 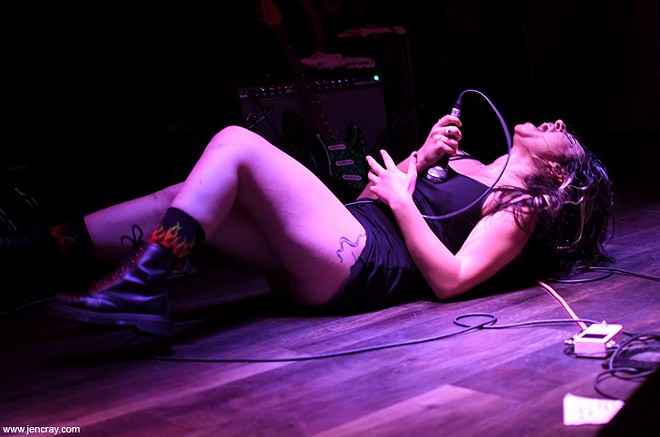 More than simply blunt punk force, this performance showed a band on an exciting threshold. Besides being on a bigger label (indie powerhouse Epitaph Records), some of the material they played off their current album, Patience, represents a new sound for them, one that gives fuller bloom to their melodic tendencies. Their punk bite hasn’t gone anywhere, as the blitzkrieg hardcore stretch that closed out the set roundly attests. It’s that they’re now legitimately much more than just a punk band. 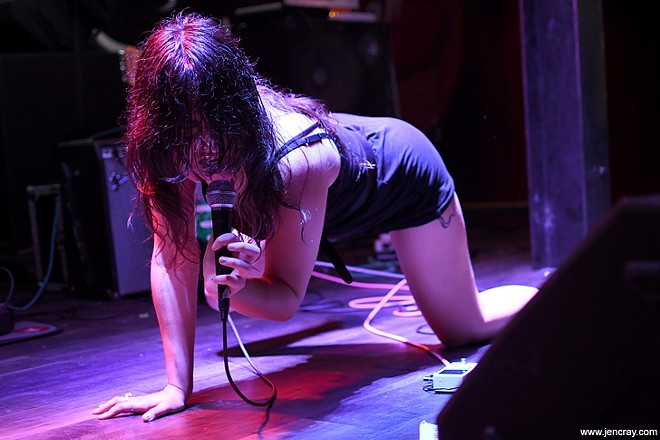 Mannequin Pussy at Soundbar
In fact, the non-punk songs – full of gorgeous, fuzzy swoon – are some of the best moments on Patience. And from both Mannequin Pussy’s live execution and the audience’s reaction, this show proved that their newer beautiful moments hit with no less force or feeling. Mannequin Pussy at Soundbar
While most acts take a while to expand convincingly, if ever, Mannequin Pussy have proven this year that they can balance toughness and melody like few can right now. It’s an impressive, distinctive combination that’s both a good sound and a promising trajectory for them.

And remember Orlando fan Meg Tracy? Well, apparently, she was at this show, too. And she got a shout-out and dedication from Dabice herself for the save earlier this year. 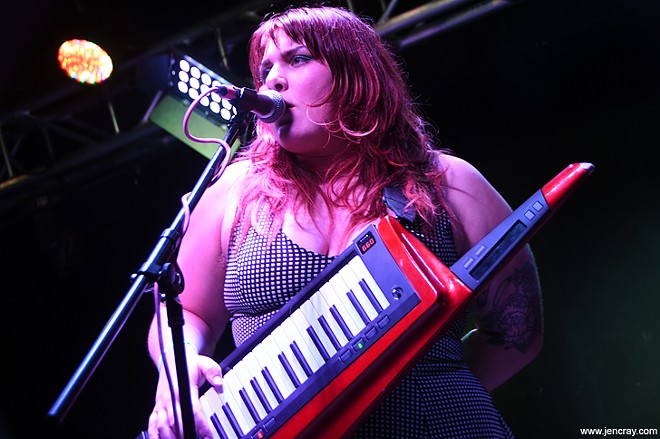 Jen Cray
Kississippi at Soundbar
Also playing were tourmates and fellow Philadelphians Kississippi, who impressed last year at the Social opening up for Foxing. This time, they featured more clean electronic touches.

Opening were ever-reliable locals Wet Nurse, who are now back to their original trio setup.