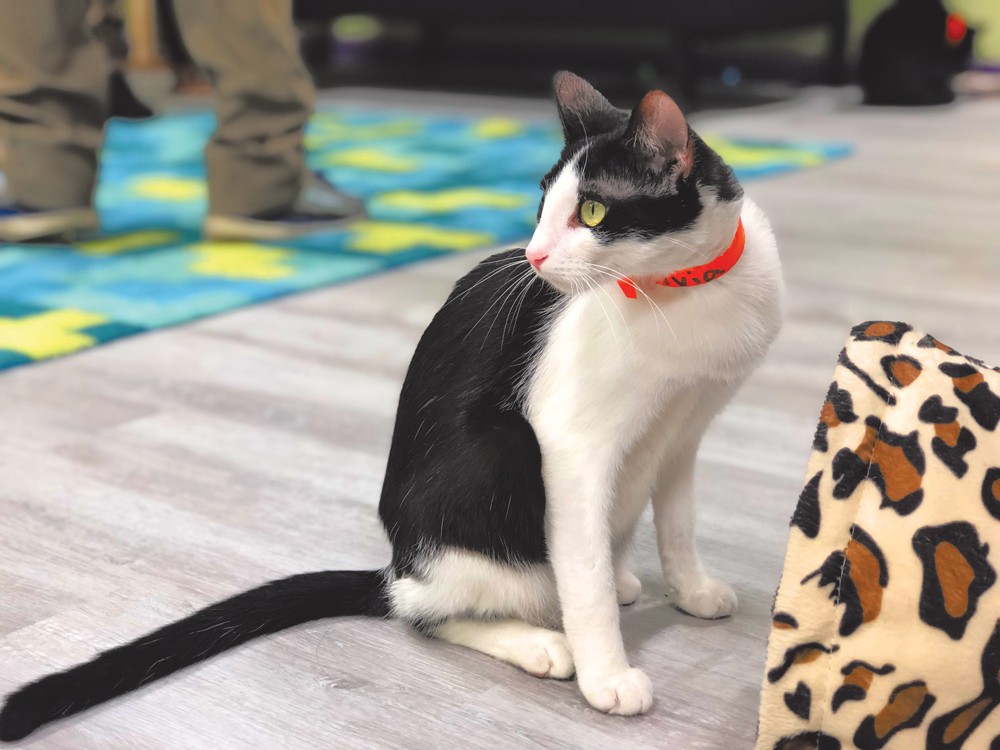 I am not a natural born cat person. I'm allergic to feline dander; my childhood pets were limited to goldfish and guinea pigs; and when my now-wife's cats first visited my condo, my chief concern was whether they would crap on the carpet. So it goes to show how completely I've been converted into a certified cat lady that I was not just able but eager to conduct an interview last week inside the Kitty Beautiful at 360 State Lane, downtown Orlando's first cat café.

The opportunity to sip authentic New York-style egg creams – made with Winter Park Seltzer and real Fox's U-Bet chocolate syrup – while surrounded by a dozen hopeful adoptees from the Pet Alliance would have been enough to pique my curiosity. But this cuddle-filled coffee shop clawed its way into my Live Active Cultures column because café co-owner David Strauss has already lived nine lives – and counting – in Orlando's theater community.

While I might be a late-blooming cat lover, David Strauss and his wife Heather – who co-owns the Kitty Beautiful – sound like they've been training a lifetime for their new venture.

"I grew up with a little orange tabby named Rusty, after Rusty Staub, the baseball player," Strauss recalls while giving me a tour during the café's recent soft opening. "We've always had usually between two and three cats, pretty much for the last 30 years that we've been together." A pair of their cats at home recently passed away, but Strauss says they hesitated to replace them because "the hope was that if we could finally get this place open, we'd always have 10 or 12 cats here to take care of."

Purr-fessional kitten wrangler is a far cry from Strauss' original career path as a lawyer. The New York City native studied at the University of Virginia before moving to Orlando in the 1990s. After working for a dot-com that "went from three employees to 50 and back down again," Strauss shifted careers and helped Heather turn her organic co-op into the Orlando Organics online delivery business.

As Strauss points out, "Organics went from something that very few people knew about to something you could get in Publix and Target and Walmart, [and] now they all deliver; Amazon can have a selection of stuff to your house in two hours."

Strauss first attracted my attention over a decade ago, not because of cats or kale, but for acting in productions by Greater Orlando Actors Theatre, the Playwrights' Round Table and Theatre Downtown. Strauss says he "stumbled onto theater 13 years ago" when his child was cast in a Jewish Community Center production of Fiddler on the Roof, and he was recruited to fill in various bit parts: "By the end of the day, I had more lines than half the cast because they gave me every villager." 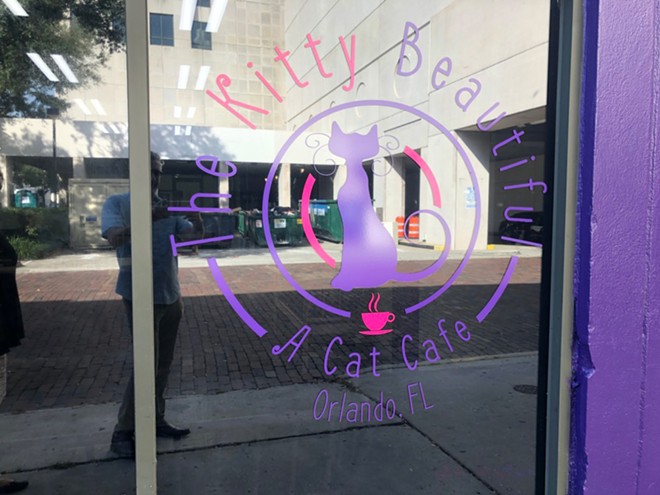 Shortly after that first production, Strauss was recruited by Fran Hilgenberg to audition for his first major role in Brighton Beach Memoirs at Theatre Downtown, which cemented his love of the stage. "If I'd just done the one show, I don't know if I would have done it after that," he says, eulogizing the former Orange Avenue institution as "amazing, and a family – I miss that place so much."

Strauss has been even busier over the years behind the scenes as a playwright. He credits his start as an author to experiencing T.J. Dawe's 52 Pickup at the 2007 Orlando Fringe Festival, which inspired him to write Amanda's Mix Tape, a fictionalized account of how he and his wife met.

Two of Strauss' short scripts that premiered in Playwrights' Round Table programs have since been published in various short play collections, and his works are regularly licensed for performance by high schools and colleges, with his Dungeons & Dragons parody Doctors & Lawyers, First Edition Rules being the most popular.

"It's kind of fun to think that people are discovering these plays that I wrote just to amuse myself and PRT, and that they still have a life," he says.

The Kitty Beautiful's grand opening weekend kicks off at 10 a.m. on Friday, Nov. 1, with a ribbon-cutting to be attended by Rep. Anna Eskamani. The three days of events will include a reading of a new cat-themed play by Irene L. Pynn on Saturday afternoon. The café plans to host more arts events in the future, including monthly "Mew-vie Nights" and Saturday morning cat yoga classes.

"There have been moments during this when we thought the roadblocks were impassable," Strauss admits, explaining that the café was originally supposed to open by last Fringe, during which he starred in the award-winning Shakespeare's Terminator the Second. So what would Strauss do if he had that sci-fi saga's time portal?

"I'd tell my younger self, whatever time you think this is going to take to deal with the City of Orlando and contractors, make that 50 percent longer," says Strauss.