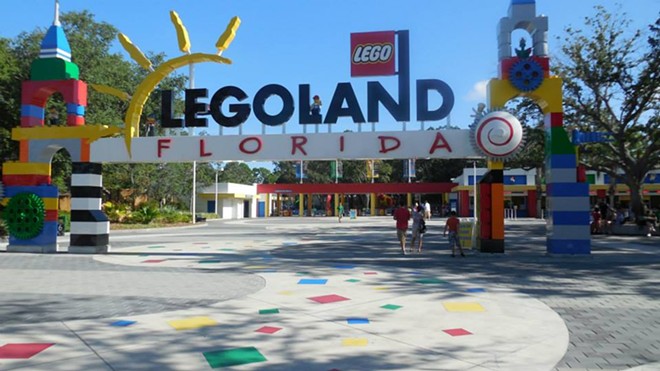 Photo via Michael L. Ballenger/Facebook
Since 2001, Kidz Bop has been the go-to music choice for very young music listeners. Known for their family-friendly updates to pop songs, Kidz Bop is now about to release its 34th album. With over 16 million albums sold, the Kidz Bop Kids has ranked as Billboard’s No. 1 Kids' Album Artist for the past seven consecutive years, with more Billboard 200 Top 10 Albums than Elton John, Bruce Springsteen, Madonna or Bob Dylan.

The widely popular brand is now the official music partner of Legoland Florida. This ideal, first-of-its-kind partnership joins two companies both focused on the same age demographic together in a number of joint opportunities.

The main performance venue at Legoland Florida has been renamed “The KIDZ BOP Theater” and the Kidz Bop Kids will perform there annually. An original song, “Built for Kids,” about Legoland Florida will be written and produced by Kidz Bop. Physical copies of the new album will also include a free child’s admission ticket to Legoland Florida. Other aspects of the partnership will include various sweepstakes and social media cross-promotions.

One of the coolest features of the partnership is the Kidz Bop Kids will be in a new music video themed to Lego's Ninjago brand. The Kidz Bop Kids were recently at the Winter Haven resort, where they shot a new music video and commercials for their upcoming Kidz Bop 34 album. The music video of their version of the Ninjago theme song, “The Weekend Whip,” will play in the Lego Ninjago World-themed area that is scheduled to open Jan. 12, 2017.

“This partnership is the beginning of a tremendous collaboration that will bring KIDZ BOP to life in a completely new and meaningful entertainment experience,” said Victor Zaraya, president of KIDZ BOP. “We’re honored and thrilled to be working with LEGOLAND Florida Resort in this way and think that the next couple years are going to be a lot of fun for kids and families.”


The partnership is already underway at Legoland Florida with the new Ninjago music video debuting Dec. 30. Kidz Bop 34 will be released Jan. 20, 2017.