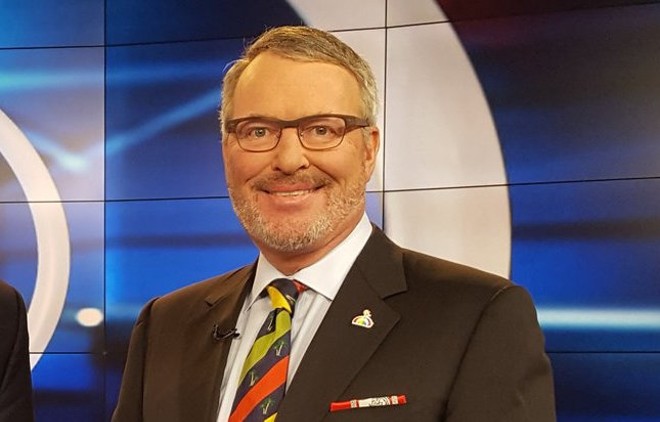 Photo via Buddy Dyer/Twitter
It's been almost a week since Orlando mayor Buddy Dyer announced that he was attempting to grow a beard on what everyone thought was an eternally smooth and hairless landscape.

As you can see in the picture above, Dyer stopped by Fox 35 on Monday, Nov.21, for a taping of "Orlando Matters," and sported his peppery new neck and chin divider.

Here he is later on the set at WKMG, notice he's trying out his new beard with a different tie ...

Photo via Buddy Dyer/Twitter
Keep it up, Buddy. Movember needs you.