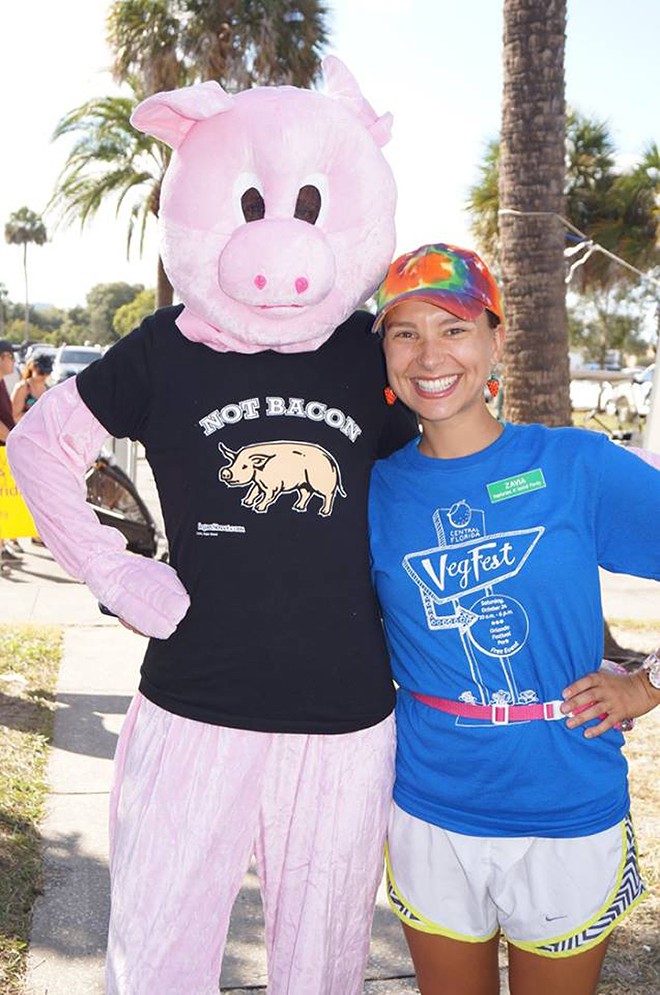 Not to be rude, but chances are you rarely think about what you eat. Food consumption in this country is based on three criteria: taste, speed and potential to leave you so full that you don't think about your next meal for at least two hours. It's not your fault. We don't blame you. It's most likely a mix of too much advertising from fast food companies and overpriced healthy food that leaves you, according to agricultural journalist Michael Pollan, scarfing down 20 percent of your meals in your Kia Sorrento. In short, it's capitalism that's ruining your insides. More than half of Americans think that doing their taxes is harder than eating healthy, according to the International Food Information Council Foundation.

For those of you who think that, the Vegetarians of Central Florida are hoping to change your mind with their 11th annual Central Florida Veg Fest at Festival Park. Drop your kids off at the Veggie Kids Zone for some smoothies and kids yoga while you browse organic selections, watch meal prep demonstrations, catch Ibex Puppetry's amazing Endangered Species Puppet Parade, and maybe sit on the grass for an acoustic guitar jam sesh with some dudes who probably ate some kale today.