Mad about the money 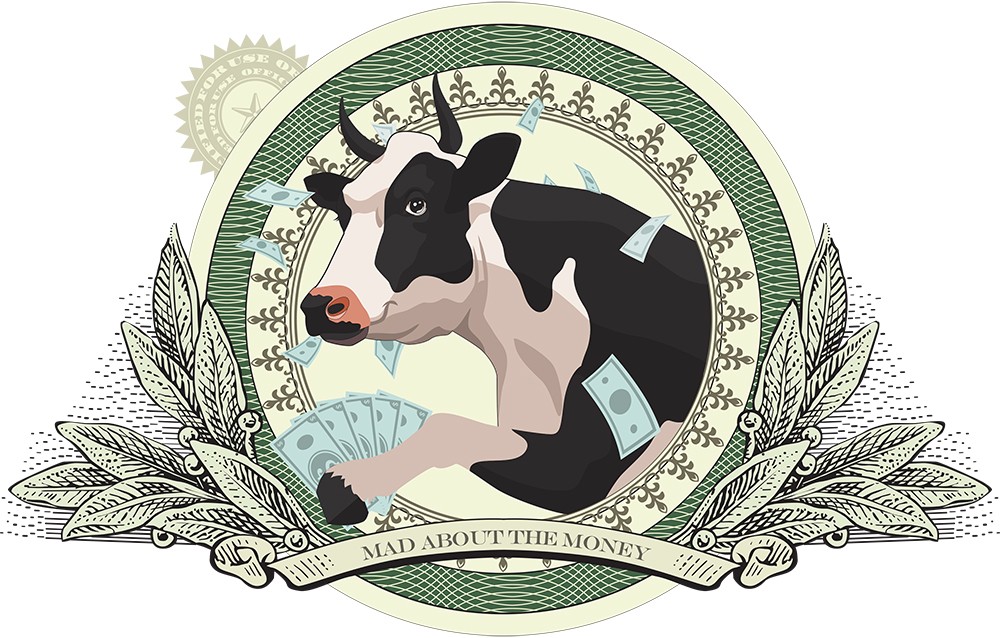 More than two weeks ago, Aradhana Tiwari posted on social media what many in Orlando's local theater community knew as an open secret. "Attention: Must Be Paid," she wrote Sept. 24 on Facebook. "And so should artists for their services rendered."

The former resident director at Mad Cow Theatre alleged that over the past two years as an employee, the professional theater company had consistently fallen behind in paying her for her work, sometimes for weeks and even months. Before her employment started in 2014, Tiwari says Mad Cow owed her money from when she worked for them as an independent contractor, and two years later, they still hadn't paid.

"I'm an artist," Tiwari wrote. "It's not a hobby. It's my livelihood. When I'm not paid, there are consequences. Like you, I have a water bill, a cellphone bill – I even eat food. When we have an agreement for compensation an expectation is set. An expectation that I will get paid."

Such allegations might have sent shockwaves through a different theater community. But in Orlando, most artists reacted to Tiwari's post with a resigned "me too." In comment after comment, actors, stage managers, costume designers, technicians and former staff employees talked about delayed paychecks, paying for supplies for productions from their own pockets and being stiffed by the theater company.

"Been there, done that, had to sell the T-shirt," a commenter wrote.

At first, Mad Cow took the allegations in stride. After four days of silence, on Sept. 28 they posted a statement from the theater company's board of directors on their website saying Mad Cow owed back wages to a small number of artists primarily from the 2015-2016 season.

"During that season, Mad Cow Theatre paid more than $410,000 in wages to more than 225 artists over the course of 10 full productions, the Science Play Festival, the Orlando Cabaret Festival and special events," the statement read. "But we on the board of directors are sorry that payments to a few artists have fallen behind. We are taking immediate steps to correct that situation. While we have resolved the issue of payment with the person who brought this to our attention, we also are reaching out to the other affected artists directly and individually. We promise that we will pay those back wages in the near future on a schedule that we are in the process of creating."

But after paying Tiwari the money they owed her on Oct. 1 (three days after stating the matter was resolved), Mad Cow changed its tune. On Oct. 3, they posted a new statement from its board of directors, saying the nonprofit theater company was in debt but working to make it right, and that some of the information being circulated was false.

"In recent days, much has been said about Mad Cow Theatre's operations, with a good deal of information being misleading and inaccurate," the statement says. "Like most small theatre companies, we have had our share of challenges from time to time, including financial struggles. Due to the swell of interest and continued effort to misrepresent and possibly harm us, we seek to present the facts. This public discussion was started by a former employee, who had a legitimate issue that we addressed and resolved."

Neither of those statements seem to have stopped Tiwari and more than 100 people from signing a petition calling for a boycott of Mad Cow until it pays what it owes and holds itself accountable.

While some in the community argue Mad Cow's struggle has always been financial support, others say the decade-long pattern of delinquent payments is so embedded into the culture of the theater company that it's time for a big change.

When you ask artists why they decided to work for Mad Cow Theatre, time and time again – despite the company owing them money – they'll tell you a similar thing: Mad Cow was a treasure of the theater community, one of the few professional spaces in Orlando where you could stretch your talent in less commercial directions.

Starting in 1997 on a small budget in Maitland, Mad Cow Theatre grew over the years to produce musicals and plays like Dreamgirls, Death of a Salesman, Macbeth, Who's Afraid of Virginia Woolf?, Master Harold and the Boys, Avenue Q and, most recently, an all-female version of 1776 with a cast of 26 women.

When Tim Williams worked for Mad Cow as an Equity actor, starting in 2005, he didn't notice any irregularities with his paycheck. The Actors' Equity Association, a labor union that represents theater artists and stage managers, created the Orlando Area Theatre Contract, which, among other things, compels theaters in Orlando who hire Equity actors to pay them a salary on time and contribute to their health, disability and pension benefits.

But Williams says he noticed that when he wasn't working as an Equity actor, such as when he worked for Mad Cow teaching acting classes or as a freelance director, his checks would come in late – at one point, Mad Cow owed him more than $1,000.

At first, he thought the problem was Mad Cow renting a space that was too expensive, so of course money would be tight. But Williams says the delinquent payments continued even after the city of Orlando gave Mad Cow a new home base in 2011 – an 8,854-square-foot second-floor space at 54 W. Church St. with a rent-free 20-year lease agreement. After several years of hearing that non-Equity actors, set designers, stage managers and costumers were not being paid on time, and even seeing actors refuse to go on stage, Williams says he decided to talk to Mitzi Maxwell, Mad Cow's executive director.

"I was told by Mitzi whenever I brought these things up, I was always told it was under control, it's being taken care of, steps are being taken, they were trying to get more money," he says. "Once over drinks, she looked me straight in the face and said, 'We are so close to making this right. Don't listen to the noise.'"

But slowly, Williams says, he started losing faith. The situation finally came to a head during Venus in Fur in 2013 when Williams realized that his fellow actor and the stage manager were not being paid while he, as an Equity actor, was receiving consistent paychecks.

"I asked them, 'Are you two getting paid?'" Williams says. "And they told me, 'We haven't been paid for this show or the last show we did together two months ago.' It was demoralizing and awful to be handed a paycheck by [the stage manager] knowing she wasn't getting one."

When Maxwell asked for Williams' permission as an Equity actor (as required by the Equity contract) to extend the play, Williams says he told her he couldn't in good conscience let her extend the show when the theater still owed money to his co-actor and stage manager. Later, in a meeting about the situation, Williams says Maxwell thanked him for his contributions to Mad Cow, but told him it was none of his business how she ran the theater. Williams resigned.

"We want Mad Cow to survive," Williams says. "And as artists, we have a bad habit because we just want to work, even if we work for free, and so many actors here already have day jobs at the theme parks. People leave but if you still have a lot of actors showing up to auditions, people designing sets and donors still throwing money at it, it's not going to change."