On Screens in Orlando: Deepwater Horizon, Masterminds and more 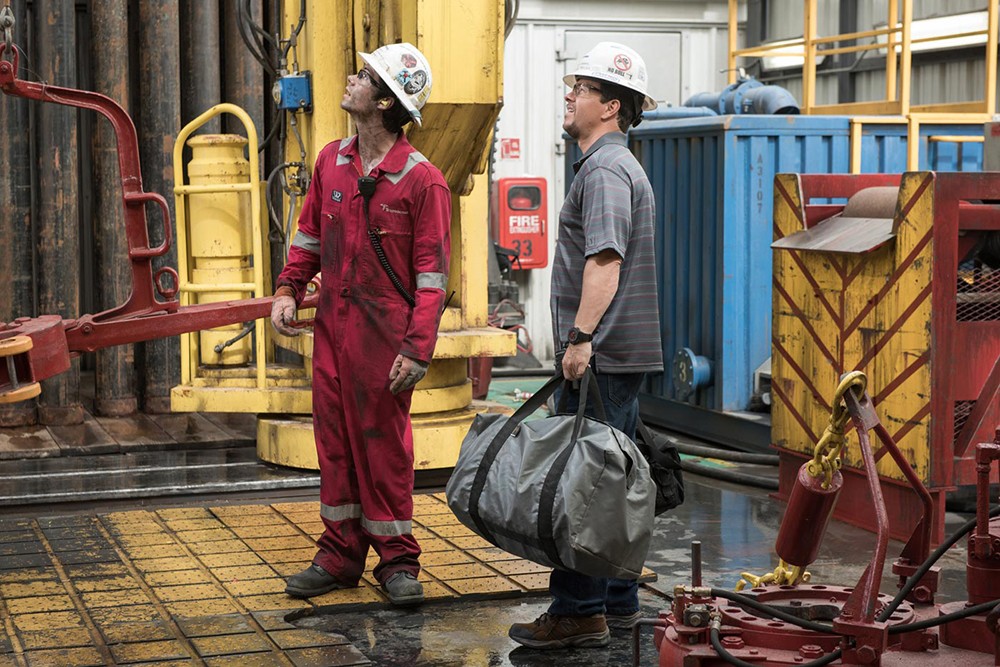 Deepwater Horizon The 2010 BP oil spill has been called the greatest environmental disaster in history, having done almost immeasurable damage to sea and plant life – not to mention the health of the humans who were exposed to it. (But hey, what's the big deal if your daughter starts menstruating seven years early, right?) So you get three guesses as to which angle the corporate cinema has elected to pursue in putting that catastrophe on film: yep, profiling the brave oil rig workers who fought to prevent the whole thing from happening. Like a cheery zoologist rubbing dishwashing liquid on a tainted bird in a Halliburton PR brochure, Mark Wahlberg acts as the stand-in for an industrial complex that sure wishes none of this had occurred, and really, really wants you to think of it as the actual victim here. Oh, and Wahlberg is telling anyone who will listen how important it was for him to get utterly jacked for the role. Seriously, fuck this picture. (PG-13)

Masterminds Three out of four of this week's releases are based on actual true-life stories – like this tale of an armored-car driver (Zach Galifiawhoozis) who rips off his own company, only to be let down by his criminal co-conspirators. Hint: When your hand-picked team includes Kristen Wiig and Jim Carrey, it's time to put the Mission: Impossible dossier back on the shelf and think about making your money off a nice Airbnb. (PG-13)

Miss Peregrine's Home for Peculiar Children It took me a long time to realize that Eva Green might be the finest actor working today. When I first saw her in Bertolucci's The Dreamers, I thought she was just fine ­– but I wondered if, like a lot of male critics, I was just overly happy to welcome another Thinking Man's Naked Chick. She was also terrific in Casino Royale, but the entire production was of such high quality that I likewise kept it in the back of my mind that she might merely be the Thinking Man's Bond Girl. Then came Penny Dreadful, and it was like, Jesus, lady, just take your base. The internal stuff that woman has going on! The ability to convey pages of characterization with just a look! Case in point: She hardly has any dialogue in the trailer to Miss Peregrine's Home for Peculiar Children, and yet I'm almost certain I understand 75 percent of that character's psychological makeup just from her expressions alone. If you've seen the trailer, you know that the movie basically exists to show what would happen if the female version of Professor Charles Xavier provided a safe haven for kids who have a mouth in the back of their neck. It's a Tim Burton picture, which means continuity is going to be nonexistent and the whole thing is going to fall apart in the third act. But, dude: It's Eva Green. One, please. (PG-13)

Queen of Katwe The great Mira Nair interprets the true story of a young Ugandan woman who saved her family by learning to play chess at competition level (and along the way picked up a few lesser skills, like the ability to read and write). So what if the pitch was probably "Slumdog Millionaire for black nerds"? The intellectual empowerment of women across the globe is a subject movies need to explore a lot more frequently. Besides, I hear that star Lupita Nyong'o had to get totally ripped to move all those rooks around. (PG)