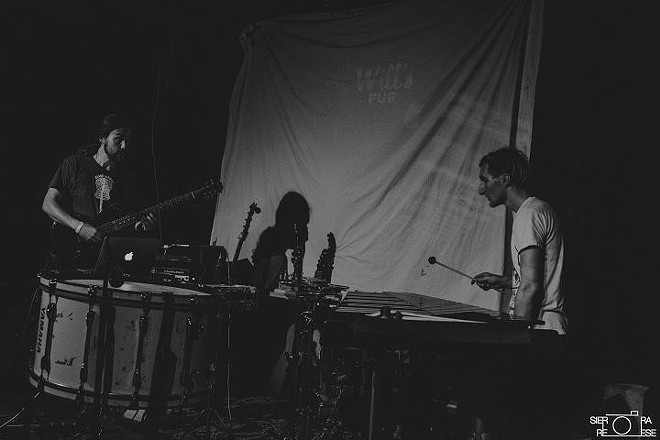 Sierra Reese
The Living Earth Show at Will's Pub
The Accidental Music Festival is a cultural beacon. As one of the cornerstones in the city’s truly contemporary music scene alongside (and sometimes in association with) groups like the Civic Minded 5 and Timucua Arts Foundation, it’s part of a cabal of next-level movers who are infusing big-city IQ into Orlando. 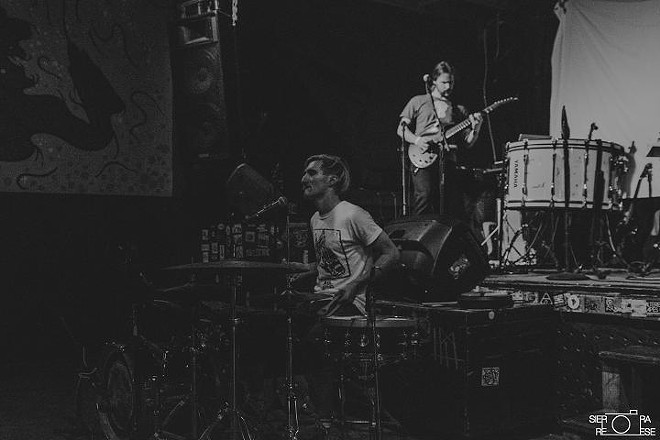 Sierra Reese
The Living Earth Show at Will's Pub
Now, with the appearance of the Living Earth Show (Sep. 8, Will’s Pub), its sixth season is officially afoot. To call this San Francisco act a guitar-and-percussion duo is as reductive as it is misleading. With an instrumental array ample enough for a small orchestra (one of their stations ended up having to be set up on the floor due to stage capacity), they’re anything but raw bones. And with a conceptual base rooted in avant-garde classical, this electro-acoustic twosome definitely aren’t Jack and Meg. 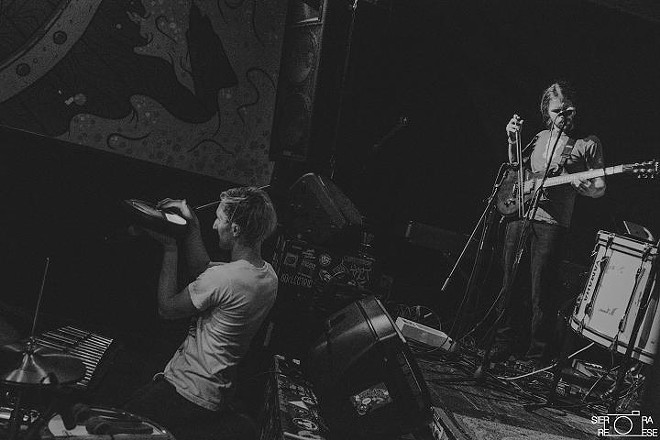 Sierra Reese
The Living Earth Show at Will's Pub
But this ain’t yer (great-great-great-great-grand) daddy’s classical music either. This is the edge of chamber music, with all manner of wild and weird juxtapositions between bows, bells, double-kick drums, children’s songs and kids game toys (like Simon and Perfection). 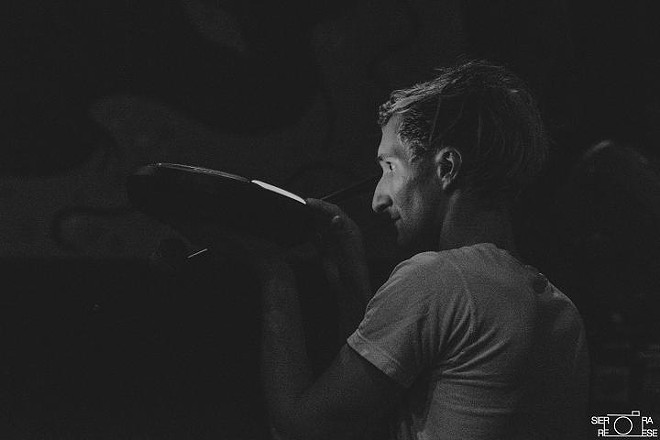 Sierra Reese
The Living Earth Show at Will's Pub
Their program this night was a little uneven, but it was a performance of intrigue nonetheless with mood that went from playful (Nicole Lizée’s “Family Sing-A-Long and Game Night”) to crystalline (Christopher Cerrone’s “Double Happiness”) to neurotic (Samuel Adams’ “Tension Study 1”). 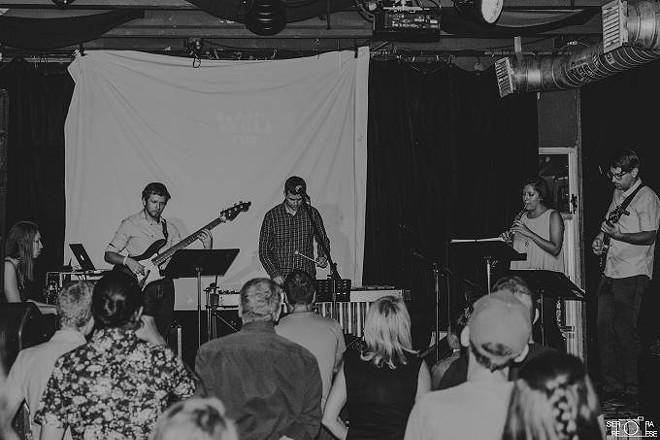 Sierra Reese
Ensemble AMF at Will's Pub
Collectively, they’re an exceptional unit that plays with clean focus. Across a program of works by Julius Eastman, Bill Ryan and Frederic Rzewski, their emotional palette spanned drama, beauty, kinesis and even lunacy (punctuated especially by the spoken-word component by local actor and Creative City Project founder Cole NeSmith in their finale), this is a progressive chamber group that could just as easily swim the waters of jazz, post-rock or electronic. 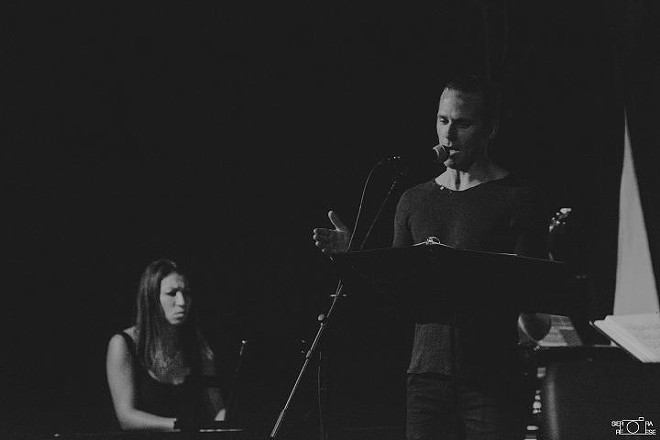