By Monivette Cordeiro and Alma Hill 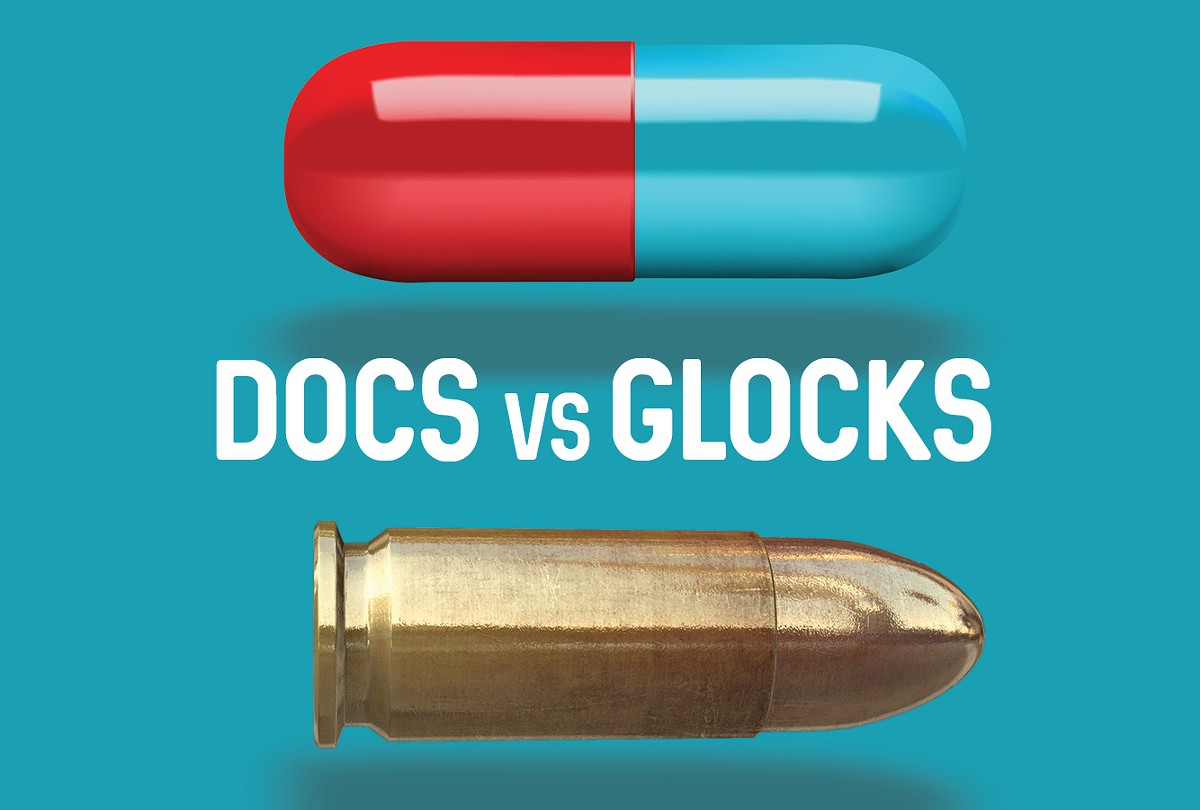 The Orlando City Commissioner has been fuming since June 12, in between grieving and helping a community patch itself up. Her blue eyes harden when she remembers what Attorney General Pam Bondi told her while Orange Avenue was still stained with blood from victims who were dragged from the gay nightclub Pulse to the Orlando Regional Medical Center. The ire from that moment has fueled her to attend multiple gun control rallies in Orlando, always with a rainbow ribbon pinned to her chest, a permanent badge that many Orlandoans took to wearing after the shooting.

Sheehan was baffled. How could state officials refuse to talk about the weapon used to kill 49 people and injure countless others? When a CNN anchor asked Florida Gov. Rick Scott if the state's gun laws, which make it easier to buy an AR-15 than a pistol, played a part in the massacre, why did he ask instead for a conversation on stopping "radical Islam"?

"They don't want to say a hate-filled person targeted the LGBTQ community with a high-powered assault weapon that should have never been in his hands to begin with," she says. "Instead it's ISIS and terrorism. They want to make it about anything other than what it was."

Sheehan and Scott's disagreement about what really spurred the Pulse massacre might seem like a classic clash between the way Democrats and Republicans view the world. But beneath that is a more insidious effort on the part of the gun lobby to silence any and all conversations on firearms, despite the fact that more than 33,000 Americans die from gun violence every year and most of those victims don't perish in mass shootings.

And surprisingly, the industry's main targets aren't elected officials like Sheehan, or the state representatives who asked their colleagues in the Florida Legislature for a special session after Pulse, or even the Democratic members of Congress who staged a sit-in last June asking for a vote on several gun control measures. No, it's doctors and scientists.

After the tragic events at Pulse, conservatives in the United States Congress are still beating back efforts to repeal a longstanding ban on federally funded gun-violence research. In Florida, meanwhile, the state is still defending a law that forbids doctors from even asking patients about their guns, a fight that could head to the U.S. Supreme Court. The most prominent lobbyist for the National Rifle Association in Florida says asking for a re-examination of any existing legislation on gun control is "dumb."

In the wake of disaster, inertia reigns as those in charge of the public's welfare struggle to inform Americans about why they're dying.

Dr. Mohsin Jaffer still wonders what would have happened if he knew his friend wanted to die.

Jaffer, a South Florida gerontologist, says his friend was a "Robin Williams type" – jolly and jocular on the outside, deeply depressed in private. After he heard some (undisclosed) bad news, Jaffer's friend killed himself with a gun.

Jaffer still thinks about what would have happened if he'd asked the questions he asks all his depressed patients: Do you have a gun in your home? Is it secure? Can you give it to someone else to hold for you?

"If somebody becomes depressed and wants to take their life, they'll have a higher success rate with a gun," he says. "It's a lethal combination, which is why I ask. I don't care if you like guns or not, all I want to know is if my patient is a danger to himself or not."

Jaffer owns a gun. He says he used to be a member of the National Rifle Association. But he quit years ago after the NRA ushered several pieces of legislation, including Florida's Firearms Owners Privacy Act, into law. FOPA uses the threat of severe penalties to prevent physicians from asking their patients direct questions about guns in their homes. The law's original backers wanted to prevent doctors from asking their patients about guns in the home because they felt it was a violation of privacy.

FOPA has been blocked under a temporary injunction since 2011, the same year it passed, but that hasn't stopped the chilling effect it's had on physicians in the state, says Dr. Consuelo Beck-Sagué. The law is not being enforced as it's litigated through the courts, but the fact that it was passed was enough to strike fear in the hearts of some doctors, who now refuse to ask their patients about the guns they own.

Before accepting her current job as an assistant professor at Florida International University, Beck-Sagué worked as a pediatrician. The first time she heard about the FOPA, she thought it was a hoax: How could it be possible that the state could take away her medical license or fine her for asking patients if there were guns in their homes and if so, how they were stored?

"What physician is going to take a chance like that?" she says. "Everybody I knew wimped out. The practice of pediatrics changed in Florida because everybody was so risk-averse to asking that question. This law was very much against the concept of preventative medicine."

Beck-Sagué says she didn't only ask the parents of her patients about guns. She also asked about swimming-pool safety, smoking and whether pillows were being placed in cribs. But she was interested in preventing the parents of toddlers from leaving loaded guns unlocked and within reach of tiny hands. Last year, 265 children shot someone by accident; in 83 of those cases, the results were fatal, according to data from the gun control group Everytown for Gun Safety.

Beck-Sagué says she also worried about suicidal teens. "It can be something impulsive, like a breakup or not making the team," she says. "What normally is a very little thing is huge when you're depressed, and if you have a way of ending it all suddenly with a highly lethal weapon, that's a tremendous influence."