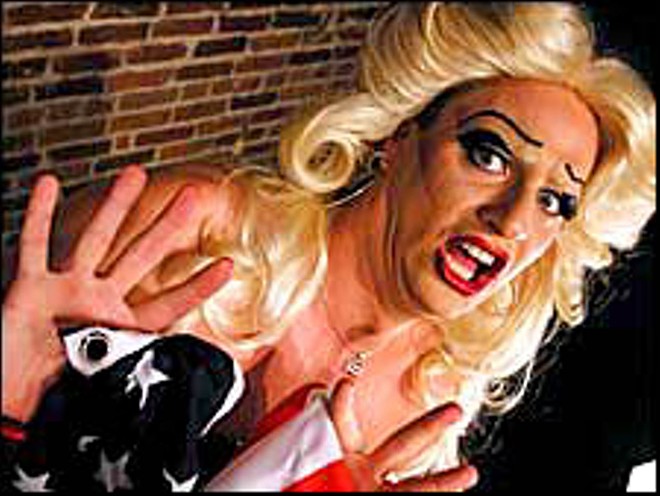 David Lee as Hedwig in 2002
When the earth was still flat and the clouds made of fire, there was a stylish punk rocker by the name of Hedwig. Her life, chronicled in the hit musical Hedwig and the Angry Inch, is a tragic tale of sacrifice and communism, of love and loss, of surgery and a very angry inch. With the help of Orlando theater veteran David Lee and friends, the Abbey hosts a night of her poetic tracks – which were totally stolen by Tommy Gnosis – while also doubling as a(nother) benefit for the cancer patient-assisting Barber Fund. This isn’t the first time that Lee’s brought the Eastern European diva to the Orlando stage, having done so back in 2002, marking the first time the show made it to Central Florida. It’s not a full production this time around, more of a spliced-together cabaret of sorts, but it’s just enough to satiate this wicked little town.