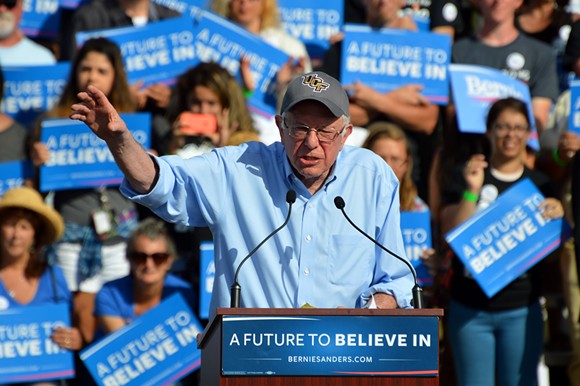 Photo by Monivette Cordeiro
In front of thousands of people at a hot Kissimmee rally, Democratic presidential candidate Bernie Sanders told an enthusiastic crowd how they could bring a "political revolution" to the state.

Sanders is far behind former secretary of State Hillary Clinton in Florida, according to recent polls, but the Vermont senator says his surprise win in Michigan proves he could take Florida's Democratic primary this March 15.

“Here in Florida," he tells the crowd at Osceola Heritage Park, "I believe that if there's a large voter turnout... we're going to win here in Florida." 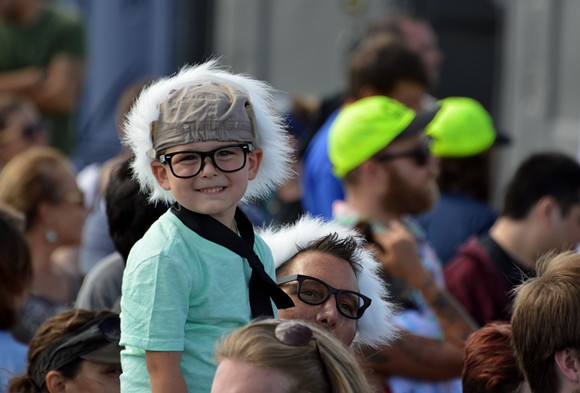 Photo by Monivette Cordeiro
In his speech, Sanders decried Wall Street speculation and pushed for more taxes on the country's wealthiest people. Sanders also advocated for free college tuition, an end to fracking and an increase in the minimum wage, calling out Disney World when he said people can't live on $8 per hour.

"They're not going to destroy that beautiful island," Sanders says.

Toward the end, Sanders denounced Republican frontrunner Donald Trump for his insults against Muslims, Mexicans, women and others.

"If we have courage to stand together and don't allow the Donald Trumps of the world to divide us up, there is nothing we cannot accomplish," he tells the crowd.

Franceschini says she's from a humble Puerto Rican family, and Sanders' message to better the lives of workers reminds her of her father, who worked for U.S. Steel. Sanders was one of the first in Congress to advocate for restructuring Puerto Rico's current debt and helping people on the island, she says.

"My three children have been inspired by Sanders, and like them, I am also inspired," she says in Spanish. "That's why I'm supporting him...He knows the struggle minorities have. I hope Latinos can hear his message and cause a political revolution."

Franceschini says an obvious challenge for the campaign, aside from Clinton having more name recognition in the area, is the number of Latino voters registered as having no party affiliation who can't vote in Florida's closed primaries.

"Obviously, those people will not be able to decide, but for those who can, make that decision," she says. "Go out and vote. Bernie Sanders is the solution for us." Photo by Monivette Cordeiro
Zoe Thomas, a student at Valencia College, says Sanders' stances on institutional racism, particularly in the areas of police brutality and the school-to-prison pipeline are the most important to her.

"I feel inspired," she says after his speech. "I feel like he'll only win if people go out and vote. If we band together, we will beat Hillary."