Photo via Royal Caribbean
Florida Sen. Bill Nelson has called for the National Transportation Safety Board to investigate Royal Caribbean after one of its cruise ships knowingly sailed into a massive storm last weekend.

After leaving it's home port in New Jersey on Saturday, the 168,666-ton ship, Anthem of the Seas, was scheduled to reach Port Canaveral, Florida, on Monday, but after experiencing winds of more than 100 mph and waves as high as 30 feet on Sunday, the ship was forced to turn around.

The storm left only minor damage to the ship, but resulted in four passengers with minor injuries.


On the Senate floor Monday, Feb. 8, Nelson responded to the incident, "The thing about this storm was that it was forecast for days. So why in the world would a cruise ship with thousands of passengers go sailing right into it?"

The National Weather Service’s Ocean Prediction Center had issued an alert for a strong storm four days in advance. At the time of the storm, the ship was carrying 4,529 passengers and 1,616 crew members, USA Today reported.

Royal Caribbean announced that all passengers will receive a full refund and a 50 percent discount toward a future cruise. 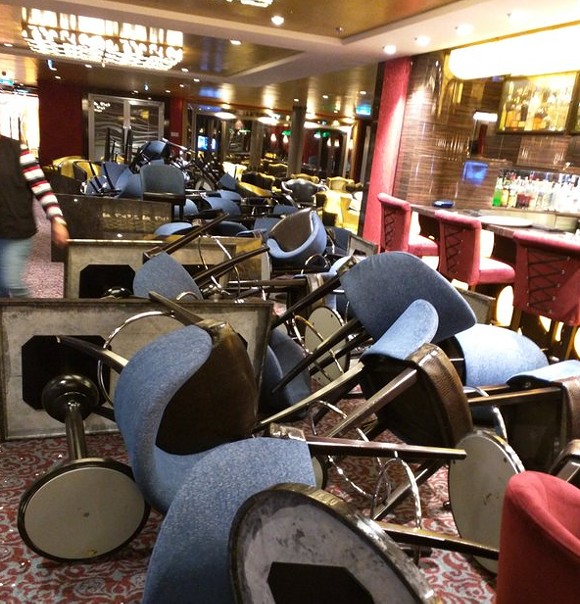