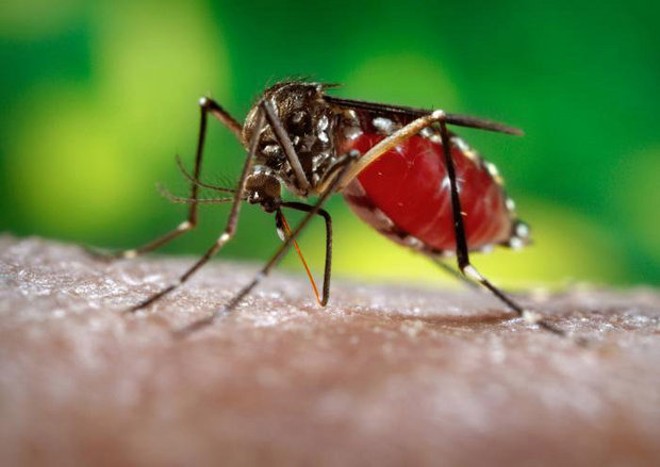 Photo by James Gathany of the Centers for Disease Control and Prevention
The Florida Department of Health is reporting six new travel-related cases of the mosquito-borne Zika virus this week, according to a news release.

That brings up Florida's total of travel-related Zika cases it has reported to the Centers for Disease Control and Prevention to nine. The Department of Health says travel-related cases are "diseases believed to be contracted outside of the state."

Currently, there are four cases in Miami-Dade County, two cases in Hillsborough County, two more cases in Lee County and one case in Santa Rosa County. The Miami Herald reports all nine cases were brought by travelers who visited Latin America and the Caribbean.

“Florida has many years of success in containing other mosquito-borne diseases and emerging health threats,” says State Surgeon General and Secretary of Health Dr. John Armstrong in a statement. “Through these experiences, the department remains ready to protect residents and visitors from the Zika virus.”

The Department of Health is encouraging residents and visitors to protect themselves from mosquitoes carrying the disease by "draining standing water; covering their skin with repellent and clothing; covering windows with screens; and other basic precautions," the release says.

UPDATE: Gov. Rick Scott signed an executive order Wednesday that directs a public health emergency in the four counties that have the Zika virus.

"Although Florida’s current nine Zika cases were travel-related, we have to ensure Florida is prepared and stays ahead of the spread of the Zika virus in our state," Scott says in a statement. "Our Department of Health will continue to be in constant communication with all county health offices, hospitals and the Federal Centers for Disease Control and Prevention (CDC). We know that we must be prepared for the worst even as we hope for the best."