This Little Underground: Bully, Big Eyes and Palehound in the rising female vanguard 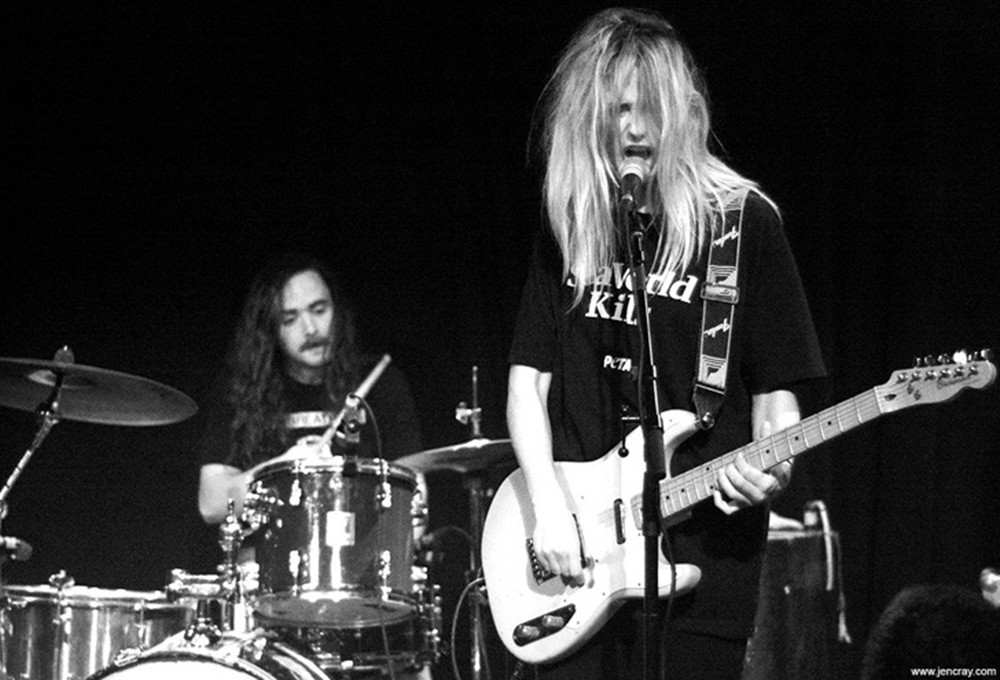 Though the notion that rock & roll is a boy's club has been challenged for some time now, it still lingers, culturally and structurally. But this week's parade is why that will change soon and forever.

Bully is a Nashville band centered around powerhouse frontwoman Alicia Bognanno. They made a conspicuous number of respectable 2015 year-end lists, and it's pretty plain to see why. Of the entire (and rather sizable) new generation of '90s indie-rock revivalism, their well-built and accurate blend of heart, melody and scruff is among the crop's cream, up there with acts like Swearin' and Waxahatchee. And in terms of punch, Bully rocks harder than almost all their contemporaries, a claim that was certified at their sterling Orlando debut (Jan. 29, the Social).

Nearly equal to the amount of love they've received, however, are charges of being slavish. It's a fair point in their case. But as literal as they are in their time-warping references, what can't be discounted is the sturdy, precise songwriting. When you have that like they do, style is almost secondary.

Even on that count, they've got their angle tightly calibrated with a very effective sound that straddles dirt, heft and melody like a grunge-cranked Breeders. The music's a lean but muscular ride with fat, electric guitars pushed up to match Bognanno's turbo wildcat rasp. For the record, she's also proven to be an intuitive and astute producer. It's a sure-shot combo that grabs hearts and, as this crowd proved, moves bodies.

Bully's new and young, but they are for real. Astonishingly together and self-possessed, little about them suggests greenness. And, damn, they're just beginning.

Opening was Boston's Palehound, a vehicle for songwriter Ellen Kempner that's a little further out on the indie-rock fringe with a sound generous in jags and knots. While Bully leans in and goes all out in a straight, powerful line, Palehound zigs and zags, ambling one moment then darting the next. While melodic overall, the music also has the excitement of unpredictability. What's not oblique about them, though, is how good of a lead Kempner is as both a guitarist and vocalist.

The steady climb that New York's Big Eyes (Jan. 30, St. Matthew's) has been on in recent years has been notable enough to draw regular notice beyond the young punk circuit, and it's all on the wings of Kait Eldridge's fundamental aesthetic. By keeping the scope simple, she and her band leave no room for excess in their power-popping rock & roll. She only focuses on what matters most to her and nailing it. Sonically, that's classic '70s rock and punk with brawny hooks. Emotionally, it's big, guileless heart worn on a sleeve of denim and leather. The gestalt is a model of economy, scrap and spark that's made them one of the more exceptional rock bands in the punk underground right now.

Though the going was pretty rough for them at first, there is definitely something there in St. Pete band Empty Walls. Self-described as "crustpop" – a term I wish I coined myself because it nutshells them perfectly – they take a '90s Chapel Hill brand of noisy melody and blast it to exhilarating punk levels and pump it with politics. With a little time and practice, this group could be a force of sonics and message.

Later up the street, Chicago's Adam Lee was performing (Lil Indies). The deal on him is that he played Johnny Cash in the Chicago production of Million Dollar Quartet, the Tony Award-winning Broadway musical about the famous 1956 powerhouse recording session between Cash, Elvis Presley, Carl Perkins and Jerry Lee Lewis. Considering that credit, his showmanship was unsurprisingly abundant and up front even in a solo acoustic setting.

But as tempting as that big hook is, it's a bit of a red herring. Lee's music isn't just straight-up classic Cash country. Instead, his sound covers a spectrum of the American roots. And while anyone's live presence would be dwarfed by the shadow of the Man in Black, Lee's performance flair is almost as tall as his boss pompadour.