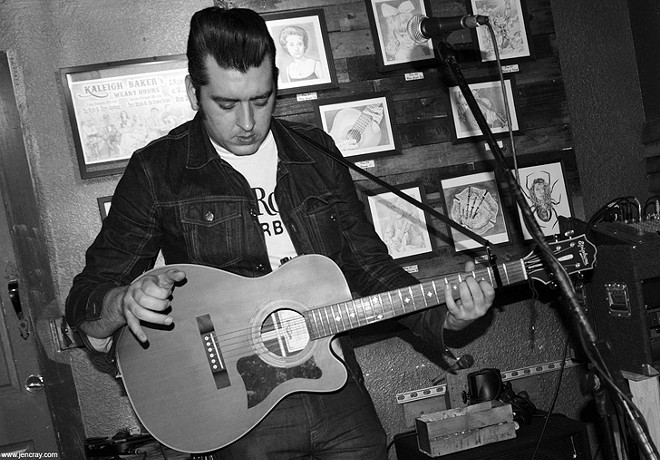 Jen Cray
Adam Lee at Lil Indies
Chicago’s Adam Lee rolled into town for an up-close and intimate engagement (Lil Indies). The deal on him is that he played Johnny Cash in the Chicago production of Million Dollar Quartet, the Tony Award-winning Broadway musical about the famous 1956 powerhouse recording session between Cash, Elvis Presley, Carl Perkins and Jerry Lee Lewis. That credit considered, his showmanship was unsurprisingly abundant and up front even in a solo acoustic setting.

Jen Cray
Adam Lee at Lil Indies
But as tempting as that big hook is, it’s a bit of a red herring. Lee’s music isn’t just straight-up classic Cash country. Instead, his sound covers a spectrum of the American roots. And while anyone’s live presence would be dwarfed by the shadow of the Man in Black, Lee’s performance flair is almost as tall as his boss pompadour. 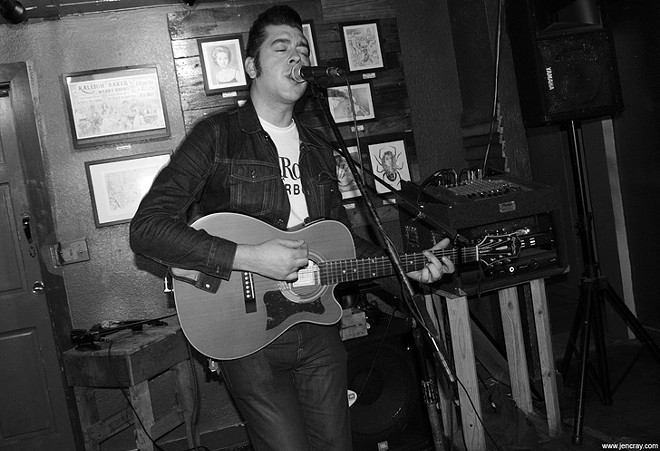