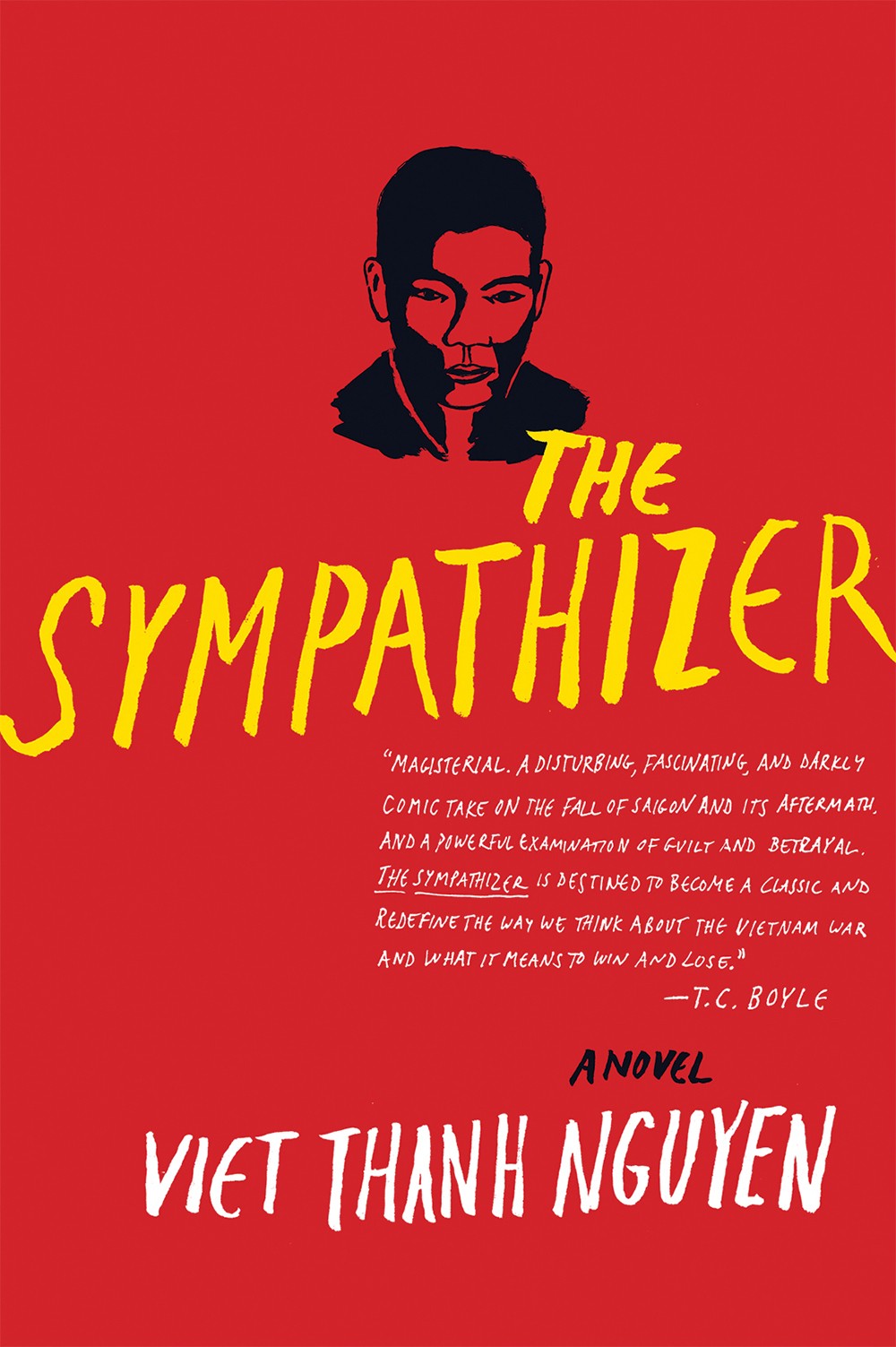 This has been a banner year for literature. In 2015, Adam Johnson's story collection, Fortune Smiles, took home the National Book Award for Fiction; Marlon James' 700-plus-page patois epic, A Brief History of Seven Killings, took home the Booker; and I took home both books, where they currently stare out from the bedside deathtrap that is my to-read stack. I don't recall a year where I've been so excited to read so many new books, and ended up reading so few of them. But literature is a beautifully slow media, meant to last for centuries when done well. So I'm not too worried about when I'll get to those new releases, just thankful for another year filled with books, at least 10 of which were both excellent and brand-new.

1. The Sympathizer, a novel by Viet Thanh Nguyen (Grove Press, 384 pages) "Awaiting us was another refugee camp, its higher grade of amenities evidence that we were already profiting from the upward mobility of the American Dream." This is the wry, driving voice of our hero, a Vietcong spy embedded in the high ranks of the South Vietnamese army as they flee Saigon for the United States. The nameless narrator's keen ability to see both sides of any issue makes him the best kind of spy, but for years he must keep his true thoughts to himself, which has left him a bitter shell of a person. The book, told in the form of a confession, is the cathartic, sprawling, darkly funny and honest story of a life caught between political extremes.

2. Delicious Foods, a novel by James Hannaham (Little, Brown & Co., 384 pages) The devastating story of a woman who loses her husband to racist violence, and of her son, who loses his mother to crack addiction. Both mother and son end up on a nightmarish farm that recruits drug addicts into indentured servitude. Each chapter shifts perspective – following its players' inner thoughts and motivations in rich and sympathetic details – between the mother, the son and crack cocaine. That's right: One of the narrators of the book is crack.

3. Erratic Fire, Erratic Passion: The Poetry of Sportstalk, edited by Jeff Parker and Pasha Malla (Featherproof Books, 120 pages) The perfect book for that sliver on the Venn diagram where poetry lovers and sports fans overlap, this anthology spins the post-game interviews of countless athletes into striking works of "found poetry" that highlight famous and obscure moments and personalities in sports history. Re-examine the beauty of Anna Kournikova, or Zinedine Zidane's World Cup head-butt, or – my personal favorite – an account of the Malice in the Palace and the player formerly known as Ron Artest.

4. Between the World and Me, memoir by Ta-Nehisi Coates (Spiegel & Grau, 163 pages) From growing up in Baltimore, where religion and school offered no more solace than the streets, to finding his intellectual footing at Howard University, Coates weaves an unflinching examination of our country's racist tradition with the story of his coming-of-age and lifelong intellectual journey. The book itself is part of that journey, simultaneously tackling the philosophical (the construction of whiteness) and the personal (the psychic weight experienced daily by black men in America).

5. Voices in the Night, stories by Steven Millhauser (Knopf, 304 pages) Millhauser has quickly become one of my favorite short-story writers of all time. Known for playing with form, from fake histories to fractured fables, Millhauser displays his full range of talent in this collection. Each story is a haunting and masterful feat of word-magic that readers will love and writers will attempt to dissect with great pleasure and frustration.

6. Fates and Furies, a novel by Lauren Groff (Riverhead Books, 391 pages) Groff's prose is so incredibly lush that it almost doesn't matter what she writes about. This particular beauty follows the marriage of Lotto, a golden boy from Florida water-bottling wealth, and his muse Mathilde, whose mysterious past is not revealed until the second half of the book, when, one by one, everything we thought we knew about the last 200 pages changes. The book's structure is best described in an un-obnoxiously meta way by the author herself: "She was so tired of the old way of telling stories, all those too-worn narrative paths, the familiar plot thickets, the fat social novels. She needed something messier, something sharper, something like a bomb going off."

7. Get in Trouble, stories by Kelly Link (Random House, 353 pages) I first read Link's work in the "new fabulist" issue of Conjunctions, and, despite my distaste for labels, "fabulist" always seemed the appropriate one. But really, Link masterfully exploits the best tropes from every genre, defying categorization to create surprising and imaginative worlds all her own. From the slow and moody "I Can See Right Through You" (a ghost story set in Apopka) to the breakneck formal experimentation of "Valley of the Girls" (which feels like riding a roller coaster) reading this collection is an exhilarating experience. At the heart of every story, though, is a real concern for characters, and that's what makes these stories so powerful.

8. The Small Backs of Children, a novel by Lidia Yuknavitch (HarperCollins, 240 pages) The plot propels a war orphan from Eastern Europe into the national spotlight after she's captured on film by an American photographer. But the plot is beside the point, more of a conveyance for an idea, or perhaps a new myth, about the power of art, and its origins in violence. As the plot spins forward, the narrator constantly questions the nature of art and its motives. By balancing visceral scenes with meditative moments, Yuknavitch creates a remarkably layered novel that seems to expand and contract as you read it.

9. Make Your Home Among Strangers, a novel by Jennine Capó Crucet (St. Martin's Press, 401 pages) I always root for team Miami, and this book, by my favorite "reformed Chonga," is a sort of thematic follow-up to her debut collection, How to Leave Hialeah. Crucet captures the drama and hilarity of being raised in two worlds, the child of immigrants, the first to go to college – the culture shock of leaving the simmering blocks of the 305 for the buttoned-up cold of the ivory tower. As far as authenticity goes, like, this novel earns the "Made in Dade" stamp, bro.

10. New American Stories, edited by Ben Marcus (Vintage Contemporaries, 784 pages) If you love short stories, or are a newbie looking to further your knowledge of what contemporary American short fiction has to offer, this is a fantastic starting point. In his intro, our fearless curator, Ben Marcus, compares the construction of this anthology to mixtape-making. The real kind, with tapes. We are in good hands.