Charles Dickens was an inveterate punch-maker; here's how to make his holiday drink of choice 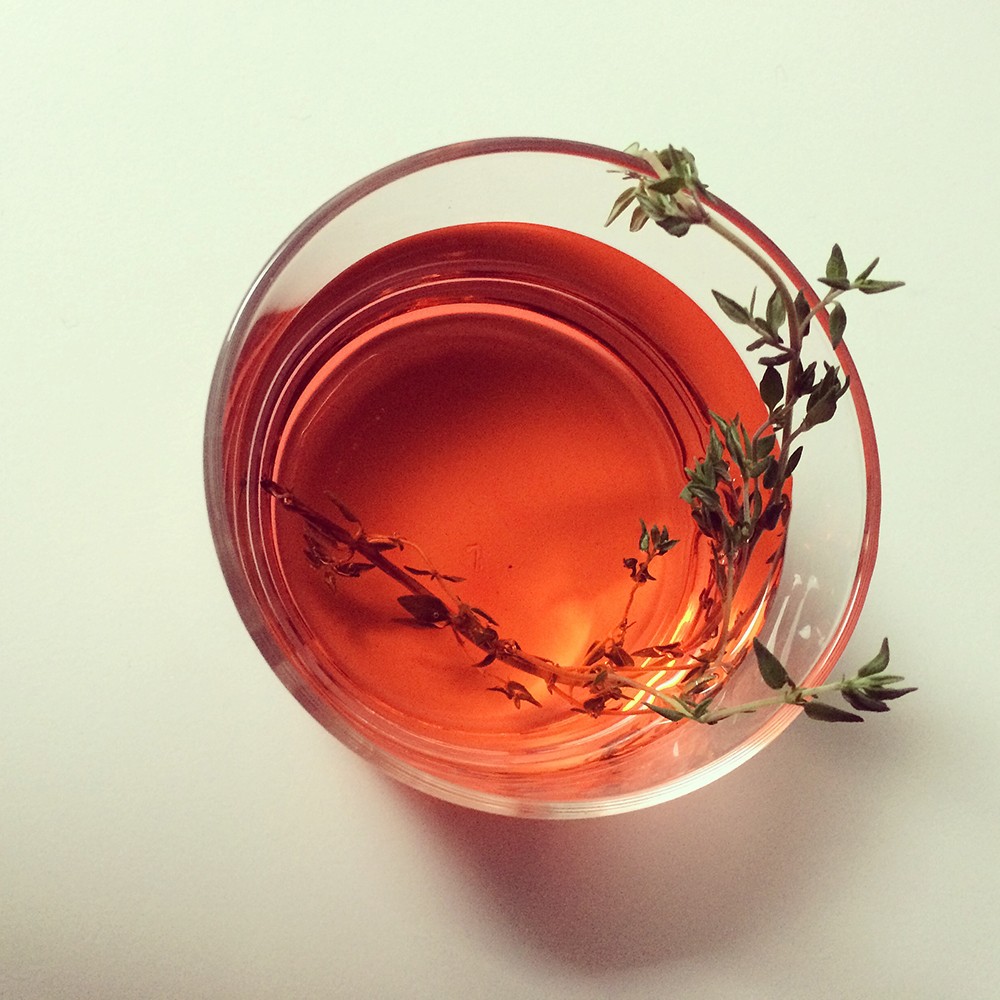 It doesn't matter how stubbornly balmy the weather stays in Florida, holidays are holidays, dammit, and December calls for Dickens.

There are so many festive gatherings in the early novels of Charles Dickens, from the Fezziwigs' jolly Christmas dance in A Christmas Carol to Mrs. Hunter's costume breakfast in The Pickwick Papers, none more fun than the ones Mr. Micawber attends or abets throughout David Copperfield; Micawber is called upon to make punch not once but twice in the novel. (The first: "I informed Mr. Micawber that I relied upon him for a bowl of punch, and led him to the lemons. ... I never saw a man so thoroughly enjoy himself amid the fragrance of lemon-peel and sugar, the odour of burning rum, and the steam of boiling water, as Mr. Micawber did that afternoon. It was wonderful to see his face shining at us out of a thin cloud of these delicate fumes, as he stirred, and mixed, and tasted.")

As literary historians report that Dickens himself was an inveterate punch-maker, we can assume that the recipes he writes of are his own, and there's no end of Dickensian punch recipes online. Most have in common oleo-saccharum, a substance explored in the March 2015 Remix column – citrus peel macerated with sugar until the oils from the fruit peel blend with the sugar into a thick sweet fluid. Oleo-saccharum is generally agreed to be one of the ingredients of a classic punch (sugar, lemon, spirits and/or wine, spices and/or tea) and it isn't difficult to make, but I wanted this punch to be easy and fast – the kind of thing you could whip up with just a trip to the liquor store and maybe 20 minutes of prep. (You will have to consider the question of ice ahead of time, though: You'll want a very large piece for the bowl, which'll take hours to freeze.)

In David Wondrich's extensively researched 2011 book Punch: The Delights and Dangers of the Flowing Bowl, he translates a recipe the novelist sent in a letter to a friend into modern measurements, calling it "a classic 18th-century brandy rum punch." His recipe for "Charles Dickens Punch" involves a complicated maneuver with a candle, a spoon, and some flaming rum that I won't go into here, but our "classic" recipe is his basic brandy-rum punch.

As for my Remix, it's a tasty libation perfect for parties, but I didn't go overboard on the specifically Christmasy cheer. (And neither should you and your guests: To facilitate easy sipping over the course of a party, it's not too strong.) I've led you to the lemons, as well as the rum, applejack (with its brandy-like flavor profile) and red rooibos tea. Aside from freezing the ice the night before, this punch won't take more than a few minutes of stirring, and mixing, and tasting. Have a holly-jolly time, even if you're wearing shorts while you have it. 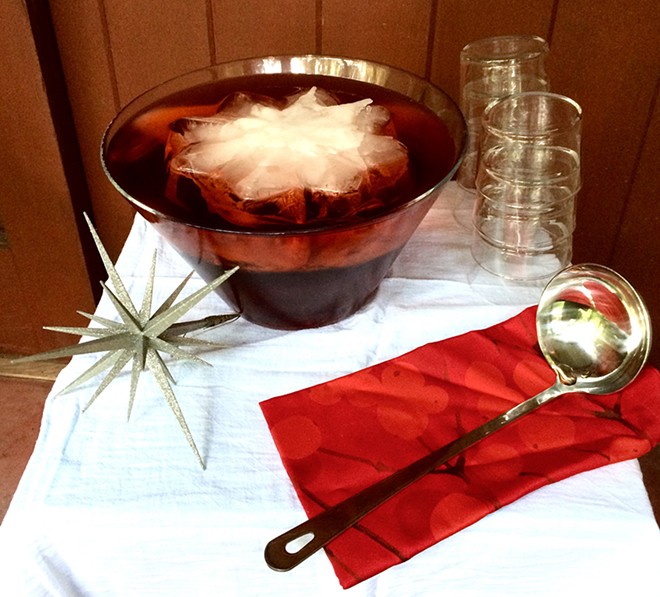 In a 1-gallon punch bowl, muddle the lemon peels with the sugar and let stand for four hours. By then, the sugar should have begun drawing the oils from the peels; add the lemon juice and stir until all of the sugar dissolves. Add the spirits and water and stir to combine.

Slide in a large block or ring of ice and garnish with freshly grated nutmeg.

First, fill a plastic container or cake mold (of a diameter that will fit in your punch bowl) with water and freeze overnight. If you don't have any simple syrup on hand, make some now: Simmer equal parts sugar and water until dissolved; let cool, then store in fridge.

Brew the tea and set aside. (Ideally, give it enough time to cool – say, 20 minutes or so.) Put the tea, applejack, rum, Hum, lemon juice and simple syrup in a punch bowl and stir to mix. Carefully slide in the ice, taking care not to splash. (The tea and the Hum are both red and might stain.) Pour in the beer and gently swirl to mix again. Let chill.

Ladle into individual cups to serve. Garnish each cup with a sprig of fresh thyme, if you want to be all Martha Stewart about it.