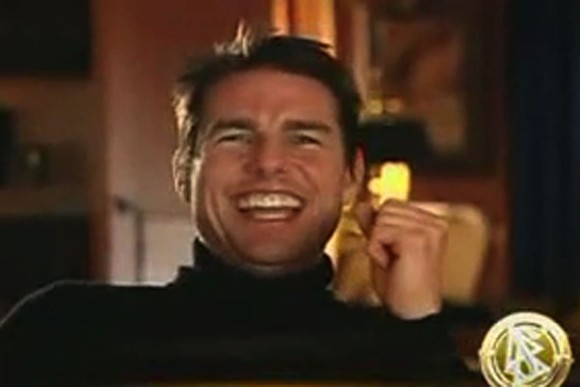 Screengrab via YouTube
Tom Cruise, an actor who apparently has had it up to here with pretentious Hollywood fakers, says he's moving to Florida to be closer to the Church of Scientology headquarters, which is not fake.

“Tom hates living in L.A. and is relocating to Florida,” said a source to Us Weekly. “He thinks all the people in Hollywood are fake.”

The magazine also claims that Cruise is looking forward to living closer to the Scientology headquarters in Clearwater, Florida, a move that apparently was inspired by fellow space alien worshiper John Travolta.

According to the Los Angeles Times, the 53-year-old has already sold his Hollywood Hills compound for $11.4 million.

Cruise has always been a huge advocate of Scientology. After all, the controversial church leader David Miscavige served as Cruise’s best man in his 2006 wedding to Katie Holmes.

Here's a wide-eyed Cruise in 2008 discussing how cool Scientology is, which, again, is totally not fake like Hollywood. Welcome to Florida, Maverick!