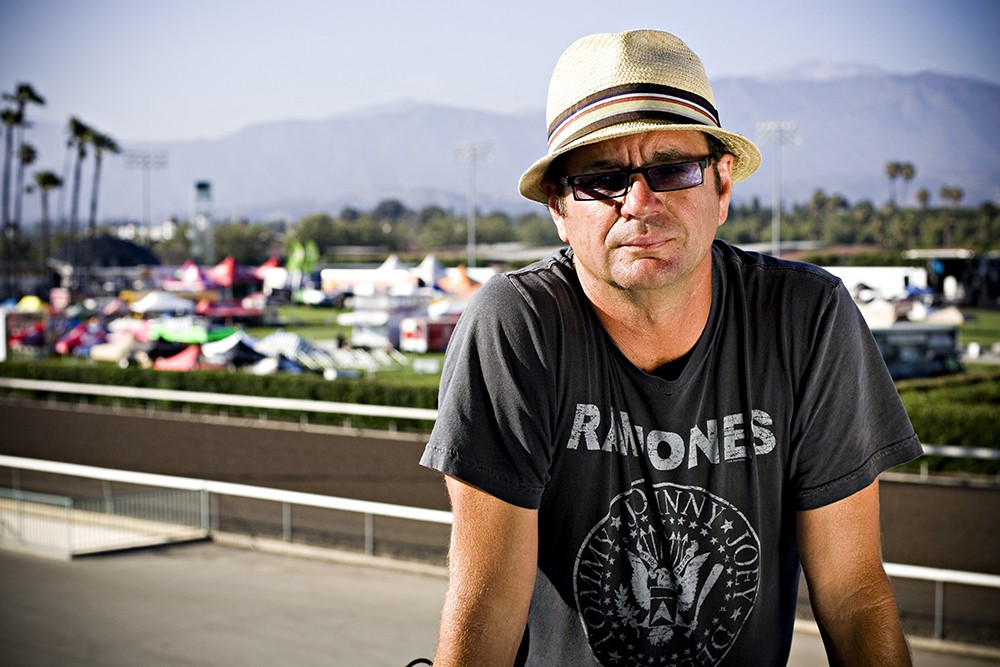 For a festival tour that started out in the mid-1990s focused on punk and ska – music that had a strong underground following at the time – it's quite a shift.

But Warped founder and organizer Kevin Lyman says there's a simple reason why metalcore and other hard rock genres have taken a lead role in the lineup.

"Those bands speak to the kids (today) the same way Bad Religion or Dead Kennedys spoke to me," says Lyman, 54, who became a fan of punk as he headed from his teen years into adulthood and worked numerous punk shows in his early days in the music business.

He founded the Warped Tour in 1995 after working for three years with the original Lollapalooza tour (owned then by Jane's Addiction frontman Perry Farrell). It early on gave punk and alternative rock bands a platform for reaching thousands of kids at each tour stop in an era when radio airplay was out of reach for all but a few of the most accessible pop-punk bands (such as Green Day and, a bit later, Blink-182).

It's notable that the lineup for the first Warped Tour included No Doubt, a band that at the time had released a largely ignored self-titled debut album, and Sublime, the band that pioneered today's hugely popular reggae-punk genre. That group's promising run was cut short with the death of singer Brad Nowell in May 1996, just as their single, "What I Got," was breaking through on radio and turning Sublime into a major presence. To this day, Sublime enjoys legendary status in the punk/alternative rock world.

Warped's second year featured three other acts that would soon become household names: Blink-182, Beck and 311. By the time that Warped ended, the tour (which Lyman originally wasn't sure would do well enough to even return for a second year) was established as the punk rock event of the summer and on its way to what is now a 21-year unbroken run of annual outings.

Lyman has shown a special knack for booking bands on Warped that not long after their stints on the tour break through into the mainstream to become large venue headliners in their own right. He still considers helping to develop new talent one of the missions of Warped Tour.

The list of acts that played Warped early in their careers is long, and includes Avenged Sevenfold, the Black Eyed Peas, Deftones, Fall Out Boy, Incubus and Staind. Whether any acts on this year's Warped Tour will break out and become major stars in the near future is anyone's guess.

Lyman has also moved away from booking established headlining acts to focus on bands and solo artists that have yet to make a big impact commercially. About the closest thing to what one might consider "name acts" in the 2015 Warped lineup are Black Veil Brides, Pierce the Veil and Asking Alexandria – three bands whose hard rock styles draw from metal and punk. Some 25 bands that fall under the metal, metalcore or hardcore banner are booked, including August Burns Red, Blessthefall, Memphis May Fire and Miss May I.

Pop, pop-punk and alternative/indie are also well represented, with 40 or so acts billed over the tour's full duration, including Never Shout Never, the Wonder Years and Family Force Five. Meanwhile there is only a smattering of punk (with none of the '90s-era bands that were once staples of Warped), or hip-hop and electronic – two genres that are major parts of today's music scene.

Lyman, though, feels he has enough acts that fall outside of the core rock styles to give fans musical variety and the musical surprises he likes to build into the tour.

"You'll have some fused rock with some of these electronic influences," he says. "I think one of the leaders (in that style) was Breathe Carolina last year, and now you're seeing more bands with that type of thing, but they're still rock bands, drum- and guitar-heavy. I think it's also a fun lineup. I want to throw some twists in there. Like (dance-pop duo) Koo Koo Kanga Roo I put in there. It makes no sense, but it does make sense. I like when you're walking around Warped, you're going to be thrown for a loop by someone."