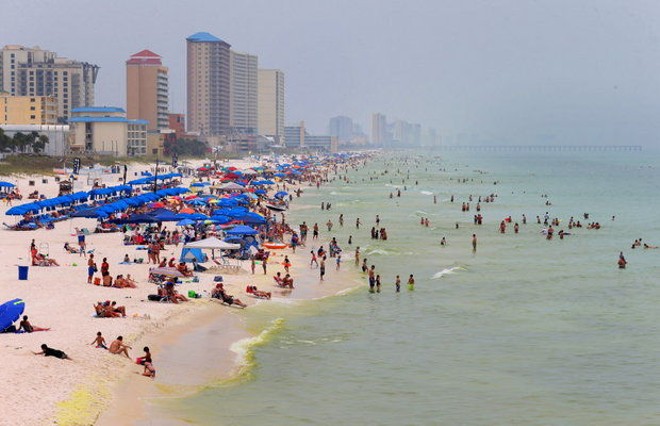 Photo via Nola.com
Joining an already robust roster of ways the ocean can murder you, a rare and deadly form of flesh-eating bacteria has now made its way to Florida beaches.

It's called Vibrio vulnificus bacterium (or Vibro) and health officials are warning residents and tourists about the potentially deadly bacteria that has already infected at least seven people and killed two this year in Florida, according to ABC News.

Exposure to Vibro can cause gastroenteritis, sepsis and even lead to amputations.

Apparently, the bacteria is "activated" by warm and salty water and therefore we typically see a spike in cases from May to October. Florida counties that have confirmed cases in 2015 include Brevard, Broward, Duval, Marion, Pasco, Santa Rosa and St.Lucie.

Health officials point out that eating or handling raw shellfish and swimming in the ocean with open wounds will put you at risk.