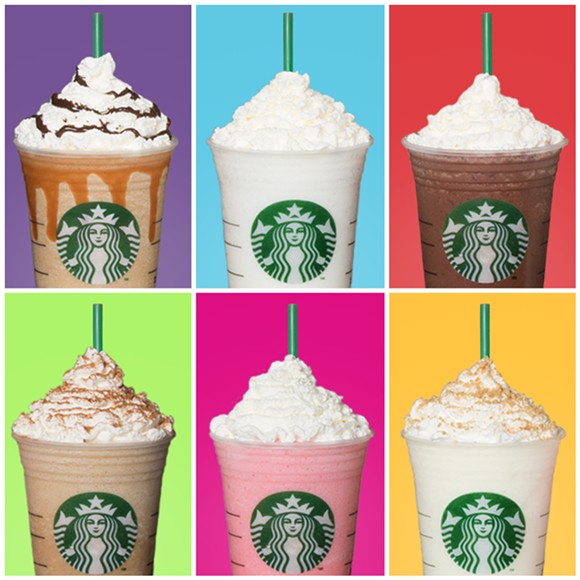 photo via Frappuccino.com
Happy birthday, Frappuccino! To celebrate the 20th anniversary of the Starbucks frozen cup of joy, stores are releasing not one, not two, not three, but SIX new flavors of Frappuccino starting today, June 8, at all participating stores. 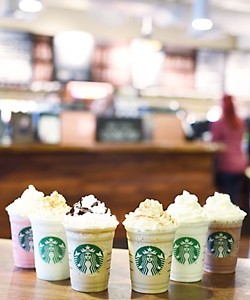 photo via Starbucks
Here are the six spanking-new sippers:
The release is part of a Frapp-fanatic contest called the Frappuccino Flav-Off. Taste them starting today, then vote for your favorite new flavor between June 19 and June 30 at frappuccino.com and the winner will be on special ($3 for a Grande) during Starbucks Happy Hour, 2-5 p.m., between July 3-6.

Grab five friends for a coffee run and try them all right this second.

Find your nearest Starbucks here (if you don't already know).