This Little Underground: Fidlar and Metz blow the house down 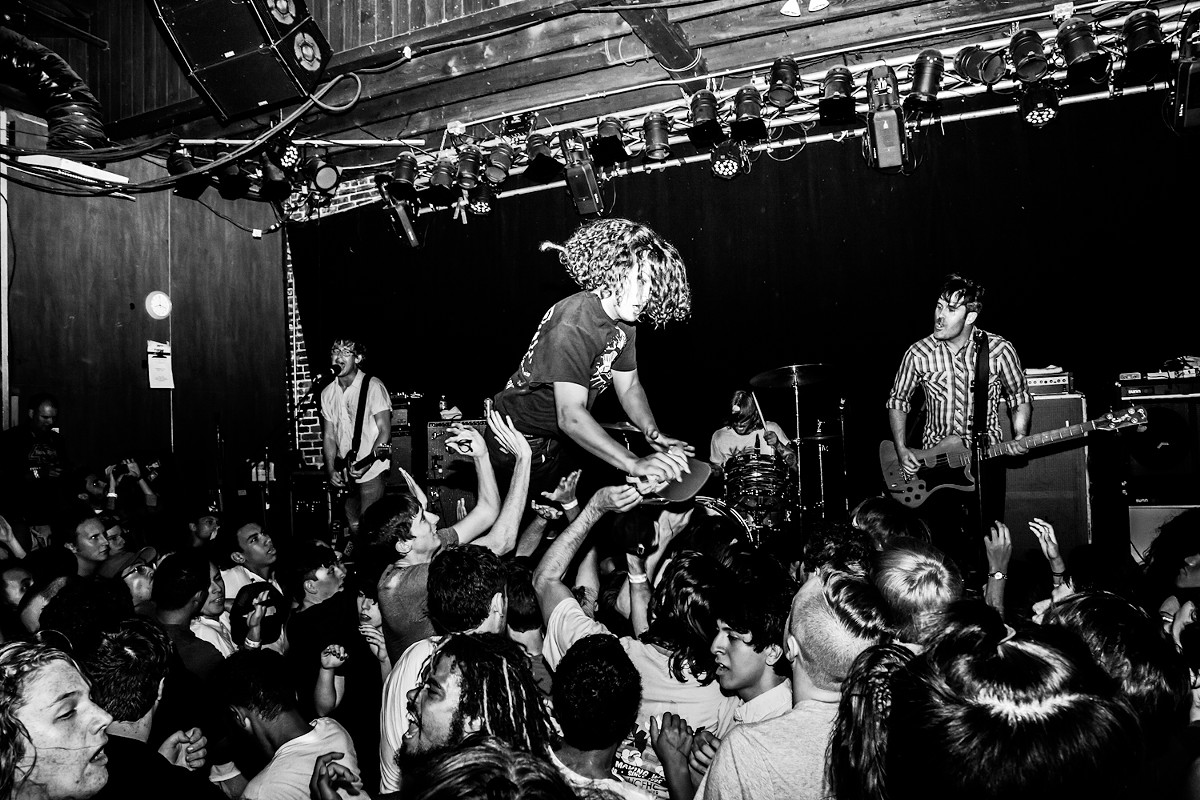 Photo by Carlo Cavaluzzi
Stoked and broke: Photos from Fidlar, Metz and Dryspell at the Social

From the seemingly bottomless talent well of Orlando progressive hip-hop clan the Solillaquists of Sound comes yet another combination: the pairing of lead vocalist Alexandra Love (Sarton) and producer/MPC master DiVinci. It's a brand-new project not seen before and one that, on paper, holds both appeal and intrigue because it's inspired by jazz. The appeal, of course, is hearing Sarton sing jazz again. She's done it before with a band and proven that it's a beautifully natural setting for a songbird like her. But the intrigue is how the form would manifest in a new-tech pioneer like DiVinci.

In only its second public performance (May 14, Lil Indies), this project was more interesting than I anticipated. Now having seen this "jazz-inspired" union, I should emphasize that "inspired" is the operative word here. This is a very contemporary, experimental take on jazz, handling it as more of a concept than a style.

Sarton's gorgeous voice hit all the timeless notes with radiance and purity. DiVinci, the digital X-factor, observes some classic touches by turning his digital pad into a piano. But he found subtle, tasteful ways to bend things in modern ways, like gradually phasing drum and bass into Etta James classic "At Last." With zephyrs of beat science and brooding, hypnotic soul floating through and carrying things into outer space, their sound is anything but a literal interpretation of the standards. Hear their elemental translation of "Nature Boy" as a tribal space jam and you'll know you won't be seeing them play any fancy brunches any time soon, thank god. But hopefully, we'll be seeing more of them in general.

The Fidlar and Metz bill (May 12, the Social) was the undisputed boss this week. In fact, it's been a long time since a one-two punch has been as complete a knockout as this.

As good and current of a genre as it is, garage punk is more than just crowded, it's crowded with half-steppers. Fidlar, however, is the cream, embodying the kind of thrill and fun this kind of music can capture when done right. The requisite attitude is important, and these waterboard punks practically exhale it. They stand apart through exceptional marksmanship and sharpness as both songwriters and performers. And live, they incite true excitement. 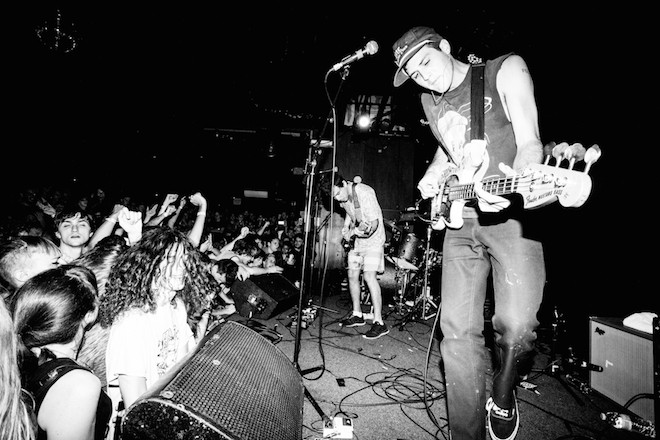 Carlo Cavaluzzi
Stoked and broke: Photos from Fidlar, Metz and Dryspell at the Social

The searing attack of Metz's first LP made my annual top albums list back in 2012, so I've been waiting – intently, patiently – for their Orlando debut. Fidlar may have been the ones who eventually pushed the party to the brink, but Metz charged the hardest, coming down like an airstrike and sending the first serious thunderbolt into the crowd.

There's an attitude in deeper, more extreme strata of punk and metal that production and construction should be as dirty and crude as possible. In the quest for truth, intensity or whatever, this often gets pushed to its logical but pointlessly muddy terminus. But Metz is the latest, brightest buster of that flawed hard-line logic. This Toronto trio works punk and noise rock in ways that wield sonic clarity like a bazooka, proving that it can yield greater force and torque in the right hands.

In fact, for all the crazed heat they throw off, Metz's power is a model of total focus, its sum so impressive because no energy is wasted – not on sonic wandering, not on image, nothing. It's all loaded into the music, and it speaks for itself like an elephant stampede.

Much of the '90s indie-rock redux in swing right now is dialed into the slack, cool side of that decade. But Massachusetts intellectuals Speedy Ortiz (May 10, the Beacham) are at least doing the revival thing with some real daring. They not only choose the artier, more serrated edge of the '90s as a start point, but they push things even further out there with their own brand of fearlessness. Live, they kicked with lots of crunch, clarity and unpredictability, validating themselves on stage as on record as one of the more musically intriguing young bands in the buzz stream right now.

Photo by Iancarlo Suarez
Love u forever: Photos from Jenny Lewis and Speedy Ortiz at the Beacham
© 2022 Orlando Weekly