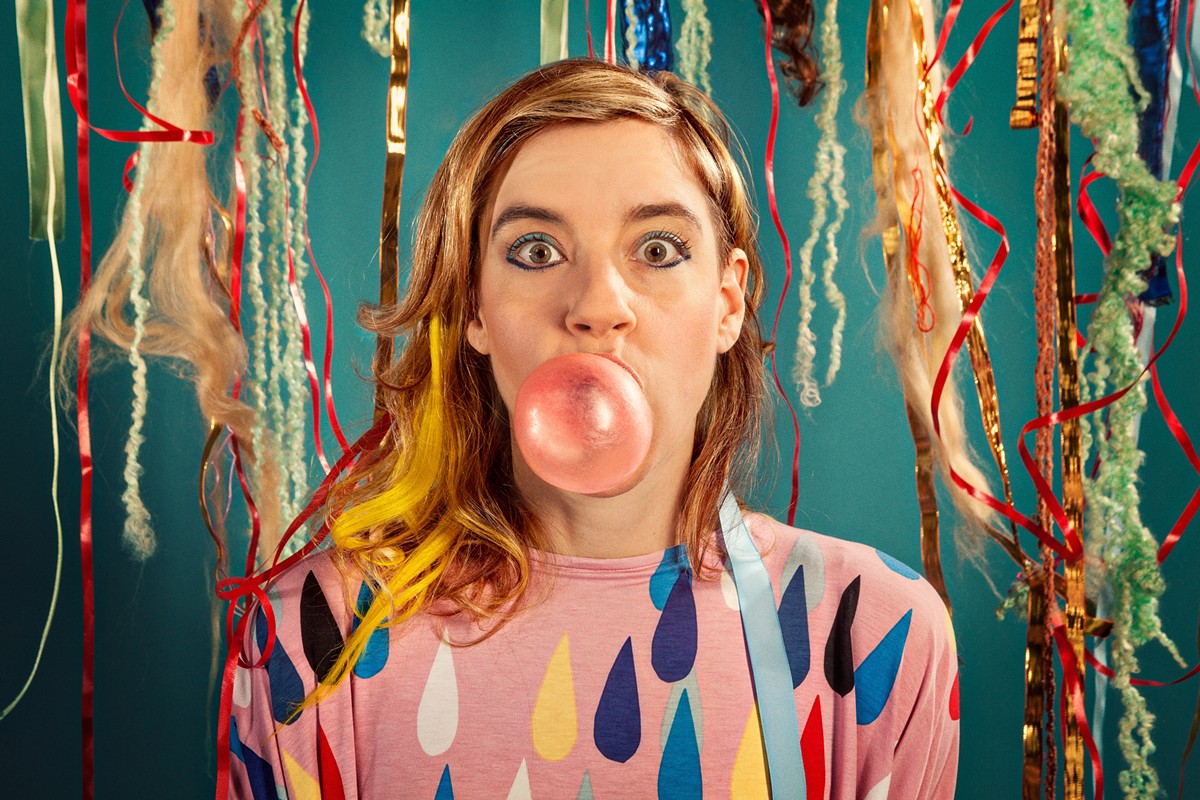 Certain things in this world are nearly impossible to describe: what water tastes like, how déjà vu works, the smell of freshly cut grass on a wet Florida summer afternoon. In the musical realm, Tune-Yards fits that bill. A clattering combination of lo-fi folk, kaleidoscopic dance-pop and primitive hip-hop dreamed up in the late 2000s by native New Englander Merrill Garbus, Tune-Yards can be off-putting – that reckless singing and endlessly upbeat live show! Infectious – those propulsive Afro-Caribbean beats and that smiling self-confidence! Even downright irritating – the face paint, the riot of colors, that silly tUnE-yArDs styling! But everything Garbus produces is undeniably her own. No one has even attempted to mimic Tune-Yards' style, and if they did, they'd almost certainly fail.

All of which makes perfect sense when you consider Garbus' history: a degree from the ultra-liberal Smith College, where she sang in an a cappella group. Work experience puppeteering in Vermont, performing on stage in Montreal and babysitting on Martha's Vineyard (where she recorded Bird-Brains). Her political activism in the Bay Area, which she's called home since 2009. "I've always wanted to be truthful through my medium, which is music, and for me being honest means pulling from all of these things that make me up," Garbus says. "I have to accept every part of who I am as part of how I make my music and put it into the world."

As you can imagine, the fawning praise laid at the feet of an artist so bold has been balanced out by intense criticism. In 2012, after Whokill was named the previous year's No. 1 album in a Village Voice poll of critics, famed rock journalist Chuck Klosterman postulated in a Grantland piece that future music fans would say, "'Remember that one winter when we all thought Tune-Yards was supposed to be brilliant. That fucking puppeteer? Were we all high at the same time? What was wrong with us?'"

When asked whether the success of Nikki Nack – opening for indie rock demigods Arcade Fire, headlining major festivals, performing on The Late Show with Jimmy Fallon – was personally gratifying in the face of such backlash, Garbus sighs. "No, it's terrifying, still. I wish that I could be so confident about my future and myself and turn away so easily from negative criticism. What I do feel gratified about is just that I created another album."

Garbus adds that she's discovered how to "let go of the fear" that comes with criticism. "There are always going to be people who really don't like this stuff," she laughs. "As a perfectionist, that hurts, because I have this vision that I can get every single person in the whole wide world to really like my music. I want to have a conversation with people: 'OK, so my cultural appropriation is offensive to you. Let's dig into that.' But as I get older and mature in this industry, I realize the championship is just creating more work. If anything ever gets me to stop making music, then I've truly lost."

That doesn't seem like it will happen: Garbus is currently writing and producing for other artists, including the David Byrne-curated Contemporary Color collection of elite color guard teams set to perform at the Brooklyn Art Museum this summer. But for now, even with European tour dates and more festivals on the horizon, Garbus is excited about one thing: visiting Florida for the first time. "I have family near Orlando, but we have no history touring in Florida, much to their chagrin," she says. "So we're super psyched. I think my cousin George has single-handedly sold us a few hundred tickets. We're so excited to represent."