Disney's 'Cinderella' is worth the $10, despite its nauseating cutesiness 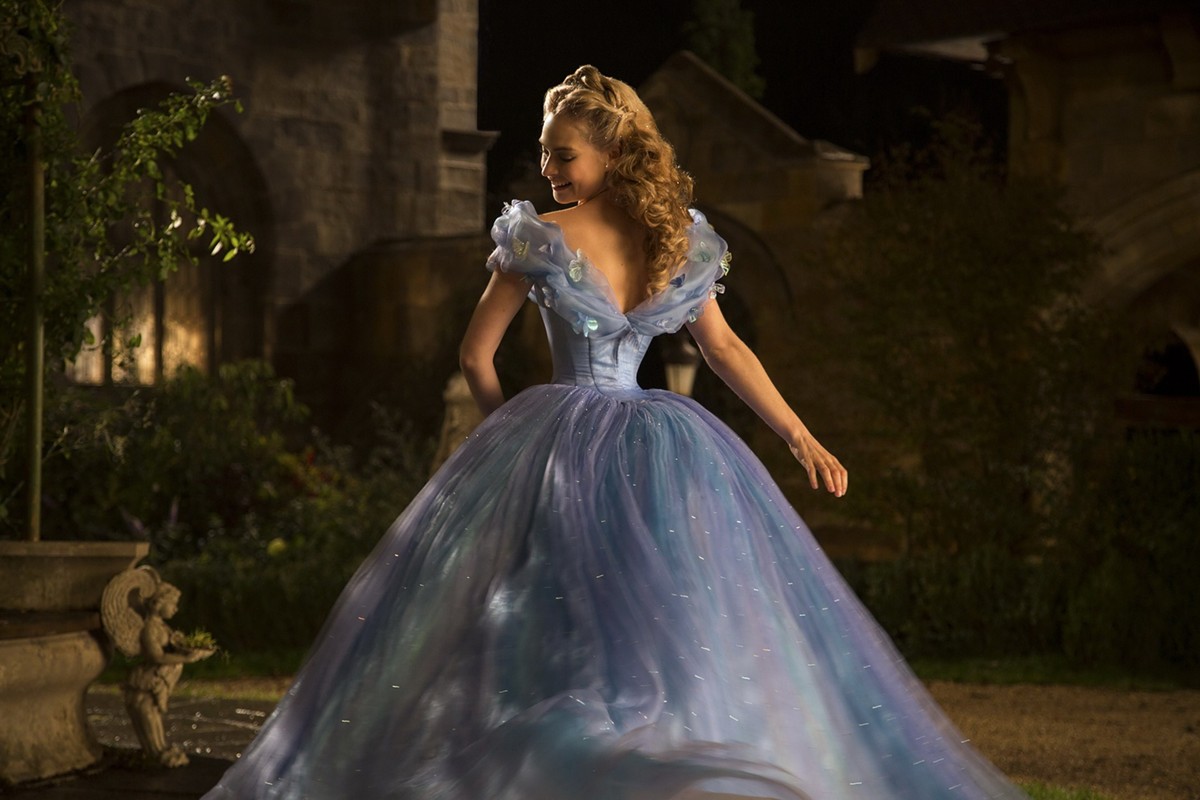 Disney's latest iteration of Cinderella is so lovey-dovey wholesome it's nauseating. It's a live-action, non-musical interpretation of the classic fairy tale that sorely needs a little more edge. Here's the problem: Cinderella is boring. She's a victim, a bystander, an innocent waif uninterested in evolving past naiveté. Everything happens to her; she's never a doer who makes her own success. There's nothing compelling about her.

If you're going to use this material for a remake, why not go the way of Angelina Jolie's Maleficent and focus on the villain rather than the heroine? I'd rather watch Cate Blanchett chew scenery as the Evil Stepmother than endure spineless Cinderella's woe-is-me pouty frown for two hours.

This is not to say director Kenneth Branagh's film is a total misfire – it works in all the ways it attempts to succeed, lame and PC as it is. You know the story: Ingenue Cinderella's (Lily James) mother (Hayley Atwell) dies, crushing her idyllic existence. Cinderella's father (Ben Chaplin) later marries fellow widower Lady Tremaine (Blanchett), who brings her awful daughters Anastasia (Holliday Grainger) and Drizella (Sophie McShera) to live with Cinderella and her father. When Cinderella's father dies, her in-laws treat her abysmally.

One day while riding her noble steed, Cinderella meets a Prince (Richard Madden), and they are mutually smitten. The King (Derek Jacobi), Grand Duke (Stellan Skarsgard) and Captain (Nonso Anozie) expect the Prince to marry for political reasons, so a deal is struck: Invite every maiden in the province to a grand ball, and the Prince will choose his princess then. With the help of a Fairy Godmother (Helena Bonham Carter), Cinderella magically makes it to the ball and dances with the Prince. It's beautiful. It could only happen in a fairy tale.

Appropriately, the film has visual appeal to spare. Oscar winners Sandy Powell and Dante Ferretti render a candy-colored feast for the eyes with the costumes and production design, and with even a basic knowledge of how costumes reflect a character's personality, astute viewers will immediately see who in the king's guard will betray the prince. The visual effects are fine, but not particularly dynamic outside of the Fairy Godmother's shenanigans. If the goal of visual effects is to accentuate the story without becoming the story, these succeed admirably.

Sugar coated and amiable as it all is, logical questions abound. These are the things you're not supposed to notice because it's a fairy tale, but are boisterously obvious nonetheless: 1) The Fairy Godmother randomly appears inside Cinderella's house. Where I live, you call the cops as soon as you spot a vagabond on your porch. 2) Why don't the glass slippers disappear along with everything else after midnight? It's the same magic from the same Fairy Godmother, after all. 3) Why doesn't anyone recognize Cinderella in public after the ball? She danced with the Prince in front of the entire province, but everyone puts blinders on when she's right in front of them. 4) How is it that none of the thousands of women in the province are Cinderella's shoe size? If you line up 1,000 women and give me one shoe, I'm willing to bet it fits more than one person.

To be fair, logic has never had a place in fairy tales. That's why you also have to blindly accept the love-at-first-sight romance between Cinderella and the Prince, improbable as it is. The only real downside to this fake infatuation is that it gives impressionable youngsters the idea that one day they'll meet their true love and instantly fall for each other, which is about as likely as a Disney princess wanting to start a career so she can be a truly modern woman.

Logic, reason, rational thinking and perspective aside, this Cinderella is effectively sweet and should be a box office winner for the Mouse House. It provides the escape we want with a story we know and cherish, and it does the tale justice at a time when many remakes fall flat.