Reel Big Fish hope to "Sell Out" House of Blues 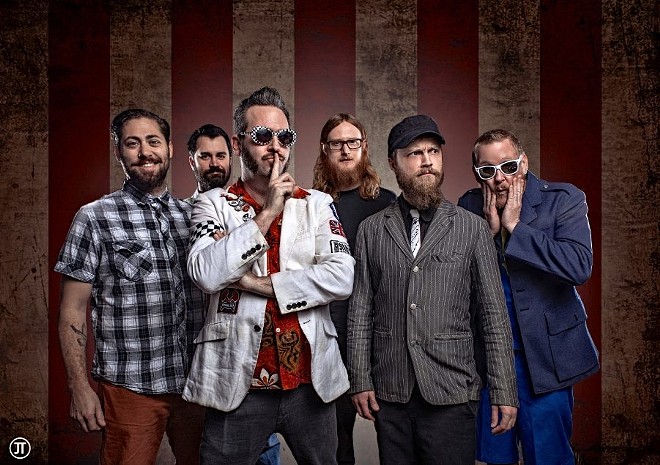 Did someone drop a horn section? Better put on your 2-tone shoes and pickitup-pickitup-pickitup, because Reel Big Fish is back. These guys have been putting out albums since ’92 and released their seventh, Candy Coated Fury, in 2012. Filled with silly, hateful and ridiculous love songs, “Sell Out” really isn’t the case. Their new stuff is fast-paced and full of hype, which takes us back to their earlier releases, and Hawaiian shirt-wearin’, sideburn-rockin’ frontman Aaron Barrett still knows how to carry a crowd. Authority Zero and Less Than Jake are opening for these cats, so go to the show, grab a PBR or two and be sure to skank your socks off!