Over the years, I’ve heard a lot of truth from Eugene Snowden, widely considered to be the area’s greatest soul dealer whose wall in Orlando’s hall of fame is already guaranteed. Even amid a sprawling band like the most deluxe versions of the Legendary JC’s, the man is a blinding beacon of voice and presence. So it was long overdue for me to catch him up close and personal at Ten Pints of Truth, his weekly residency at Lil Indie’s (Dec. 10).

Snowden’s show began as a trio with Pascal Sacleux (guitar) and Katie Burkess (drums) but grew to include other players. In fact, as Daniel Hanson (Fat Night, Fast Preacher) can attest, it seemed like practically any known musician that enters the house that night is fair game at least for an invitation to jump in the mix.
But Ten Pints is really about Snowden getting loaded and performing and watching how those two things mingle down the stretch. And from his conversations and orders at the bar right before going on, it looked like the party started well before the show. Oh, this was gonna be good. Even if it’s bad, it’ll still be good. 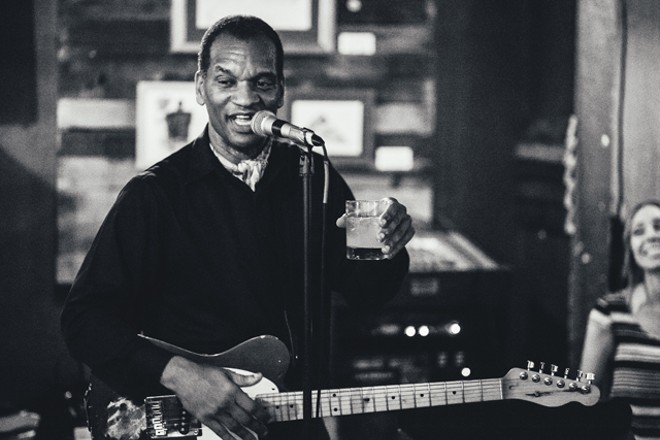 Once the music started, Snowden straight-up ran the night, channeling the likes of Blind Willie Johnson, Wilson Pickett and R.L. Burnside. As dazzling as he is under the big spotlight, this intimate setting actually enables him to do more than just perform, it allows him to hold court. Unlike his more elaborate stage shows, this gathering is meant to be unbuttoned. But despite its looseness, Snowden had total grip on the proceedings, greeting many attendees by name and singlehandedly setting the pulse of the room. By force of will and showmanship, he hand-delivers the experience for everyone there personally. Informal, beautifully raw and occasionally incendiary, a Ten Pints session starts out like a bonfire but can peak like a rapturous church service. It’s a thing of interaction, spontaneity and immersion.

Outside was the cool winter night. But inside, Snowden turned Lil Indie’s into a humid juke joint in what’s already become a hot Mills Avenue tradition. When it comes to soul, blues and rock & roll, Ten Pints of Truth is as pure, hard and uncut of a fix as you’ll find in the city. 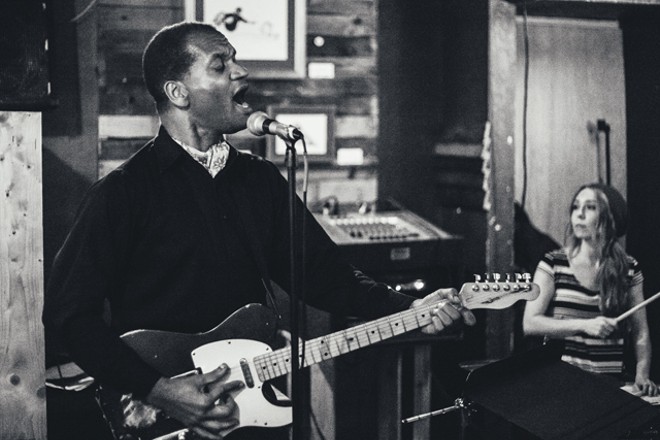