By Billy Manes and Erin Sullivan 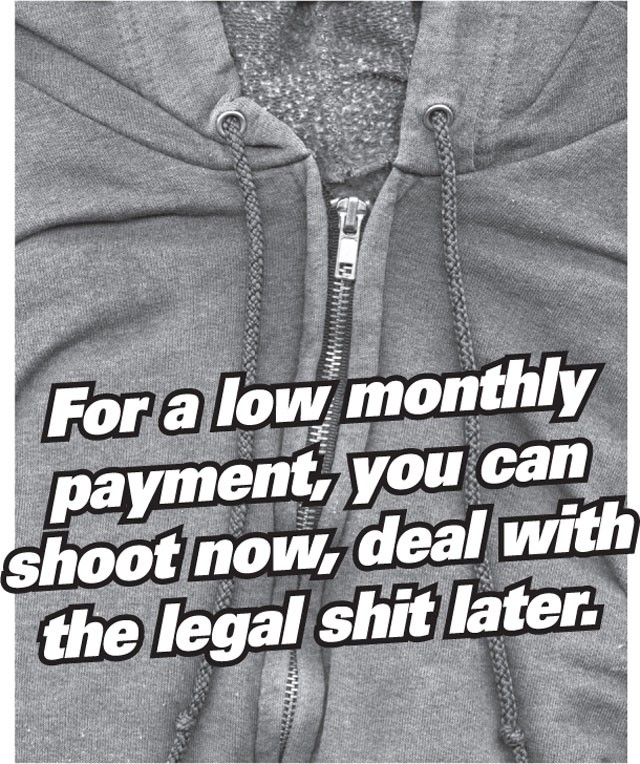 Just as we were busying ourselves appending the "Y"s to all of our adverbs and squeezing the last bits of ink from our feather-quill pens in order to put this week's super persuasive cover story on the Great Voter Purge of 2012 to the hot wax treatment of making a paper, we got to thinking: Are we dead? I mean, really, if we were dead, would voting even matter?

That's about precisely the time that the news came across our filthy transom that, wait, oh my God, Gov. Rick Scott used to be dead. Sort of. The Miami Herald's Marc Caputo, who has been covering this story to the point of hanging his own chad, reported on Friday that Scott, once a resident of freewheeling Collier County, arrived at his early voting place, Naples City Hall, to cast an early vote in the 2006 Florida midterm elections. The poll worker must have gone white!

"You can't vote because you're dead," the Herald reports Scott recalling. "You passed away, according to our voter rolls."

And then it happened again! Twice our governor was handed a provisional ballot in 2006, once for the primary and once for the general election.

"I showed them my ID," Scott reportedly said. "They let me vote provisionally. I'm sure it counted."

Rather than allowing this particularly morbid experience to frame his perspective on the current voting fracas, Scott instead has used it to bolster his belief in provisional ballots, precisely the same ballots that actual citizens who are thought to be non-citizens may be stuck filling out to get counted after Election Day.

Scott's voting debacle stems from a mix-up between himself, Richard Lynn Scott, and some guy who died before the 2006 election, but shared the same birth date as the future governor: Dec. 1, 1952. For the record, the state is set to remove 58,309 voters from the rolls this year because they are dead. Apparently, Scott won't be one of them. We're totally holding our tongues right now.

"They didn't ask me the next time I voted," Scott said. "So I guess I'm not dead any longer."

So there you were, just minding your own business when an unarmed dude had the audacity to walk through your community wearing a hoodie and looking all suspicious. It was raining outside, and it was dark – who does that? You followed him around in your vehicle and you called police, but they're so goddamn slow and this guy was clearly trouble. He was walking around in a state where everybody knows that someone who doesn't drive is either in recovery or up to no good – the only respectable way to get to the 7-11 is to drive there.

So anyway, a few minutes had gone by and those slow-ass cops still hadn't shown up, so you called 911 again, leapt out of your vehicle and decided to pursue this thug on foot. A scuffle ensued and you shot him. It's a good thing that Stand Your Ground law has your back – they might arrest you, but you've got a solid defense to fall back on that'll probably get you off a murder charge, at least. Maybe they'll nail you with manslaughter or something, but even that's debatable.

But you know what Stand Your Ground can't offer you? A guarantee that the family of the guy you shot won't sue you – how were you to know he wasn't armed and that he was just a kid walking back to his dad's house? Clearly, this wasn't your fault. And now there's a way to make sure you're protected from having to face any financial liability in the case that the family pursues a wrongful death suit against you. Introducing Lockton Risk's National Rifle Association-endorsed self-defense coverage! For a low, low premium, Lockton Risk offers card-carrying NRA members insurance that'll help cover the inconvenient costs of both civil and legal defense in the event that you shoot someone when maybe you shouldn't have. As long as you're acquitted of charges – which shouldn't be too hard if you live in a Castle Doctrine state, particularly if you have a Stand Your Ground law on the books as well – Lockton Risk offers coverage options of $100,000 and $250,000, with $50,000 criminal-defense reimbursement once the court clears your good name. No need to solicit funds via defensive websites, and no need to hide the fact that you've hoarded $135,000 in donations for your defense – for a low monthly payment, you can shoot now, deal with the legal shit later.

Satisfied customers are saying: "The NRA-endorsed insurance program offers me peace of mind; knowing I will have the coverage I need if I ever have to defend myself or my family." (This is an actual statement from Lockton Risk's self-defense coverage website. Gah!).

Speaking of mistaken identities – and things that should probably be scrubbed – Orlando-based sauce-bag operation, Darden Restaurant Co., seemed to have a two-sided face in this week's media blasts. On the one hand, super-foodie Mark Bittman took a bizarre sustainability tack on June 12 in his New York Times column, deciding to focus on the 10 million Americans working in restaurants and how horribly they are treated: discrimination, no breaks, no paid sick time, tipped wages of $2.13 an hour. In order to illustrate his point – basically, that we should be sustaining our food workers as much as our food – he pointed to a report issued by Restaurant Opportunities Centers United back in December which ranked restaurant companies based on their employee fairness. Little old Darden – the home of your Olive Garden, Red Lobster and Seasons 52, among others – has 1,900 restaurants nationally, netted more than $500 million in 2011, and "provides restaurant workers pay as low as $2.13 per hour for tipped employees and $7.25 per hour for non-tipped employees, and does not provide paid sick days."

Hmm, so imagine our surprise when we caught the news in the Orlando Sentinel on June 13 that Darden had gone missing from the Florida Restaurant and Lodging Association's super-lobbyist Key West retreat last week. Darden had made some noise during this year's legislative session that it was against slashing tipped restaurant workers wages down to the federal minimum of $2.13, calling the measure rushed in the current economic climate. Wait, is this a tale of two Dardens?

Not really, according to Organize Now executive director Stephanie Porta, who is helping to spearhead a paid sick-leave initiative in Orange County.

"When extremist bill mill ALEC came under scrutiny in the wake of the Stand Your Ground controversy, corporate members began dropping like flies," she says. "When the restaurant association waged war on Florida workers who earn tips, Darden saw a PR nightmare brewing. In nature, the weak and injured are often shunned by the pack. The same rule applies in corporate crisis management. Darden is the parent company of restaurants with valuable brands like Red Lobster and Olive Garden. And they've got their own PR problems, facing accusations of wage theft and discrimination. The last thing they need is another PR debacle."