The Mills 50 District may have more homegrown public art than any other Orlando neighborhood: There's the plethora of business murals, including work by Dolla Short, Andrew Spear and more; the permission wall at Pho 88; their pioneering painted electric boxes and dumpsters; and now this whimsical series of fence sections at 728 N. Thornton Ave.

Jorge Boone, owner of the Cameo Theater building (which is now home to Snap Space), commissioned the nine fence panels from Chris Scala. The series, called Tentacles & Teeth, depicts various animals "taking back the parking lot." See six of the panels below.

Big hat tip to local arts administrator Zac Alfson (currently of the Bach Festival Society) for bringing my attention to this work and for letting me use his pictures. 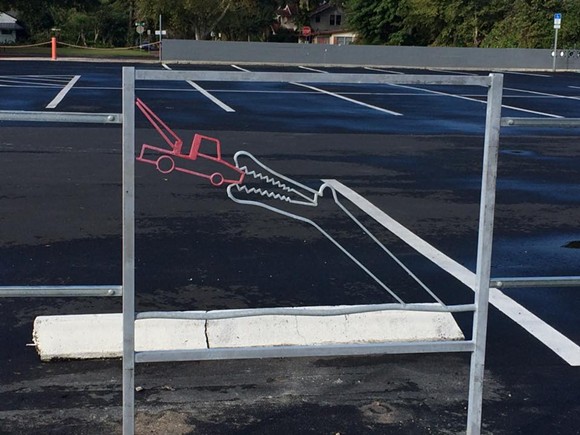 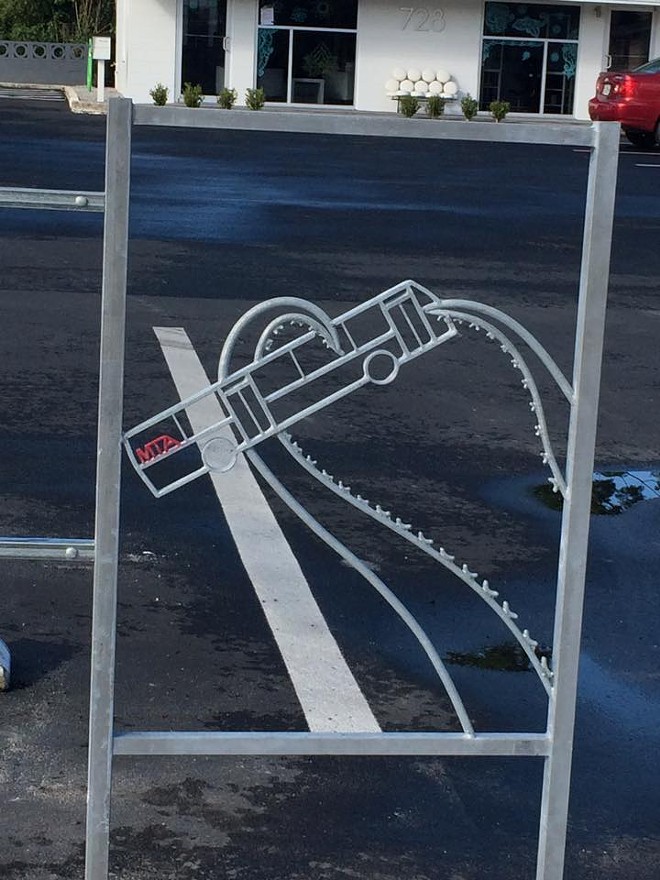 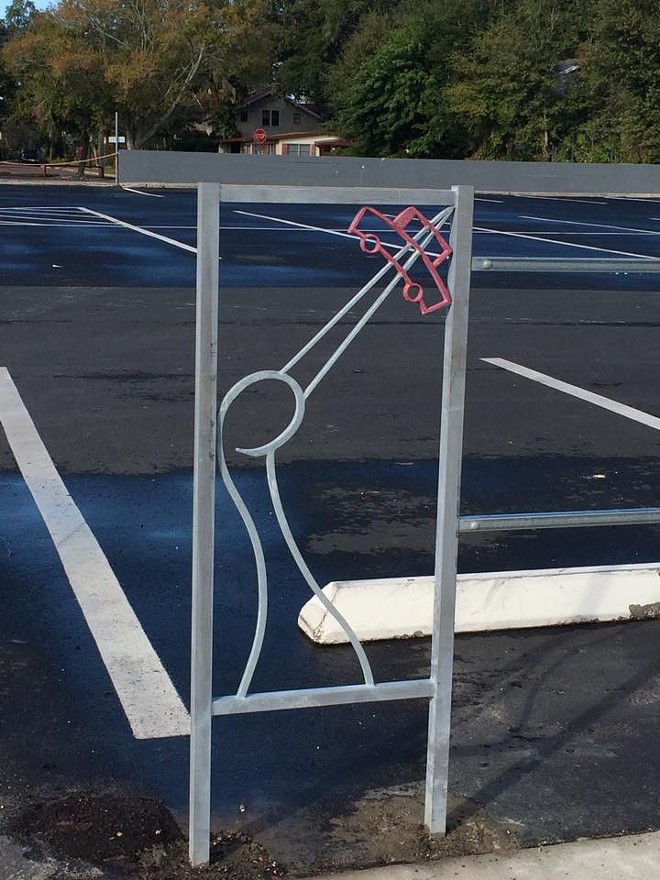