A little goes a long way at the parks 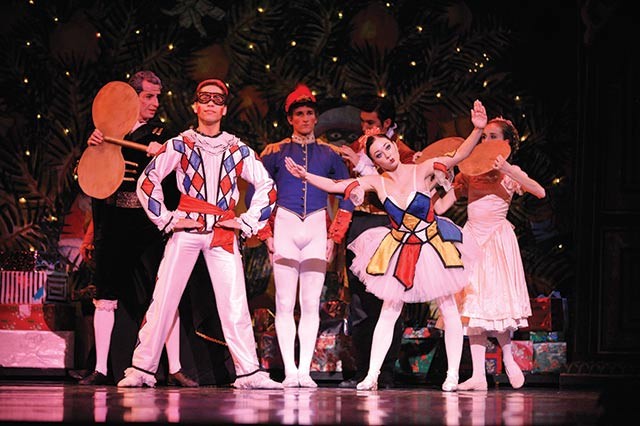 As I write these words, approximately 80 pounds of Thanksgiving leftovers are congealing in my refrigerator and colon. So it’s a bit late – and hypocritical – for me to start preaching the importance of moderation. But I’m a big believer that a little holiday spirit goes a long way. I’m not only referring to seasonal repasts, but the less-tasty trappings of winter: For this harrumphing Hebrew, a little bit of “peace on earth, goodwill towards men” goes a long way. That sentiment goes double for wintry weather; I moved south from New Jersey specifically to avoid snow, and would be quite happy if the only kind I ever see again comes in a cone and covered in rainbow syrup.

By now I’ve braced myself against (if not quite embraced) the inevitable immersion in mistletoe mirth every time I enter a mall between Halloween and New Year’s. But as a frequenter of Orlando’s theme parks, I find it even harder to avoid O Holy Overload at our area attractions.

Universal Orlando has their annual Macy’s Holiday Parade and Grinchmas musical, both of which kick off on Dec. 6. SeaWorld and Busch Gardens host religion-oriented holiday events, with living Nativity plays and Shamu splashing to gospel tunes. And Walt Disney World is ground central for Xmas excitement: There’s ethnic storytelling in Epcot’s World Showcase, the Osborne Family Spectacle of Dancing Lights (possibly for the final year in their current form) at Disney’s Hollywood Studios, and Frozen-themed icy lights enveloping Cinderella Castle at the Magic Kingdom.

While a full day of theme park holiday activities may sound like heaven to some, for me it’s more sweetness than I can comfortably swallow. I prefer sugarplums in smaller, bite-sized servings – which is exactly what I got at this year’s Christmas at Gaylord Palms celebration. Late last month, members of the press were invited out to the enormous Vegas-style resort hotel on Osceola Parkway to preview this year’s production. After enjoying the event in previous years, but missing it in 2013, I quickly remembered why this frigid production is perfectly proportioned for my modest holiday appetite.

Our media preview began in the hotel’s overwhelming atrium (complete with 54-foot Christmas tree) with a special one-time-only performance of excerpts from The Nutcracker by the Orlando Ballet, just days before their debut performance at the Dr. Phillips Center for Performing Arts in Carmina Burana. As I’ve written in the past, The Nutcracker is far from my favorite classical chestnut (Mark Morris’ Hard Nut version being the notable exception), but the Ballet was in fine form, presenting just enough of Tchaikovsky’s famous pieces to give a taste without inducing Fantasia flashbacks.

That was followed by the final dress rehearsal of Luminescence, a free stage show that’s celebrating its 10th season. The 20-minute performance was surprisingly engaging, combining live singing, aerial acrobatics and a hard-rock trio whose drummer flies overhead like Tommy Lee circa 1990; strange as it sounds, it works in a crazy Mannheim Steamroller-meets-Cirque du Soleil kind of way.

Finally, it was time for the main event: ICE! For more than a decade, Gaylord Palms has been importing craftsmen from Harbin, China, to carve a frozen wonderland from massive blocks of solid water. This year’s tableaux are inspired by The Nutcracker and feature their largest-ever ice slide, plus an ice bar serving chilly $16 shots. Even with the provided parka, I was unable to stay in the 9 degrees Fahrenheit environment long enough to fully appreciate the amazing details; be sure to bring gloves, and thank the icy artist in the demonstration workshop at the end for his efforts.

After escaping ICE! and its obligatory post-exhibit gift shop with every kind of Santa and Nutcracker imaginable for sale, our evening ended with a short slide down the Alpine Rush snow tubing hill. It wasn’t as large or fast as the sledding hills I grew up with, or even this season’s snow mountain at Fun Spot, but a couple of bumpy inner-tube rides proved the perfect amount of winter fun. When it comes to holiday gifts, we all know that getting something in the size you want is practically a Christmas miracle.

Unfortunately, this perfect portion of seasonal cheer doesn’t come cheap; my evening was complimentary, but it will cost adults $45 for ICE! plus 10 tubing runs; Floridians save $4 in advance using the promo code FLR14.

If that’s too steep, but you still want a couple of hours of holiday entertainment, try one of these seasonal theatrical treats:
– A Steve & Eydie Holiday Tribute with Natalie Cordone and Shawn Kilgore, Dec. 7 at Theatre Downtown; Dec. 16 at the Villages.
– A Christmas Carol, through Dec. 22 at Theatre Downtown.
– Wanzie’s Orange Blossom Trail Living Nativity Christmas Spectacular, through Dec. 22 at Parliament House.