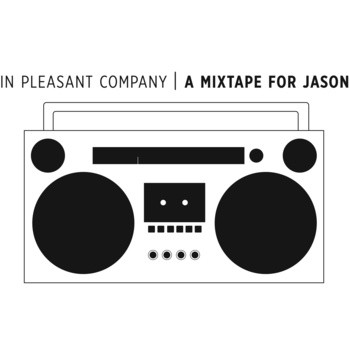 In Pleasant Company: A Mixtape for Jason was released on Friday. The compilation is a fundraiser to assist with the medical bills that Jason Noble is racking up in his struggle with Synovial Sarcoma. Who's Jason Noble? Well, to fans of the incredible music scene that is Louisville's, he's kind of a household name. To everyone else ... well, the description from the comp's Bandcamp page says it nicely:

Jason Noble is a pioneering force in the independent music scene. He has been involved in many groundbreaking projects over the years, helping forge not just one, but two genres: post-rock (with Rodan and Shipping News), and avant/indie-classical (with Rachel’s). In 2009, Jason was diagnosed with Synovial Sarcoma, a rare form of cancer, and since then has been through several rounds of treatments. Jason and his wife have health insurance, but as with any major medical expense, they need all the extra help they can get. Since 2009 there have been countless benefit shows in Jason’s honor, and this year should see the release of two benefit compilations - this one, and a separate compilation of all-live recordings from Louisville bands. Both compilations will share this Bandcamp site. Look for the Louisville compilation to be released sometime this fall.

The concept of a mixtape resonates with many of Jason’s admirers and long-time fans - it is the format by which many of us were introduced to his music, and his songs have occupied special places on countless lovingly-crafted mixtapes over the years. Putting together a new mixtape for Jason seemed like the perfect tribute. The cassette version of this compilation comes in a Stumptown printers chipboard package, hand-stamped with artwork by Zach Barocas, and hand-numbered. It is a limited edition of 200.

The compilation was organized by Gordon Withers (a D.C.-area cellist best known for his instrumental Jawbox tribute album), and features "Don't Wake Me Up" by the Pauses, along with exclusive tracks from 22 other artists, including Withers, J Robbins (Jawbox, Burning Airlines, Office of Future Plans), Balmorhea, Olafur Arnalds, Bells? (featuring ex-Jawbox drummer Barocas), Ryan Patterson (Coliseum), Small Brown Bike, and others. The download is $10, the cassette/download is $12. Go. Buy. It. Now.