Gov. Scott to the media - I'm the decider 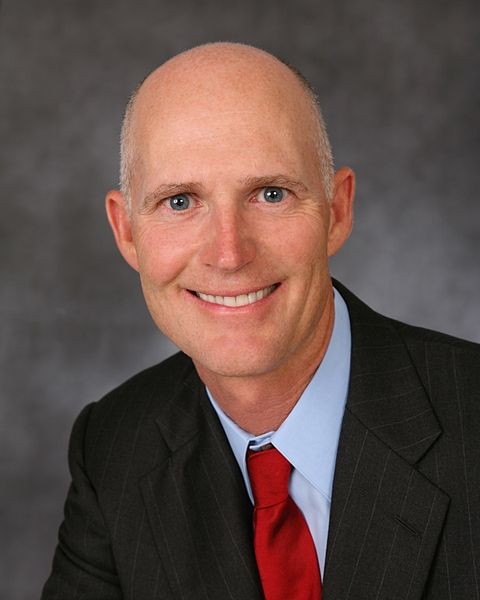 Politico put out an interesting piece on Wednesday about Rick Scott's stance towards the media, which, for the most part, resembles a giant middle finger. The story starts out on the fluffy side-- discussing the Scott team's efforts to "tame" the media into asking questions more calmly, wearing more business-like attire, and generally, not making the governor feel uncomfortable--but treads more substantive ground later in the article.  One noteworthy tale is of a dinner to which Rick Scott only allowed in one reporter from a sympathetic newspaper:

Several reporters arrived at the governor’s mansion anyway, and were kept outside the gates. The Scott administration allowed only a reporter from a sympathetic conservative website outlet, the Sunshine State News, into the event - handing the publication an exclusive. “I think the governor is ignoring them. He doesn’t care what they think. That bothers them more than anything. They can’t live with that,” said Nancy Smith, the Sunshine State News reporter invited to the event. “He doesn’t care what I think either. He doesn’t care one way or another. He’s not into the press.”

You could argue that Scott is both wise and foolish for cloistering in his political barracks. The man has little to gain from talking to the media, given the closet packed with skeletons and the already soured relationship with the press after spurning newspaper editorial boards during his campaign. But then again, basic psychology would indicate that keeping information away from the media is only going to make us want it more, and hence, press harder, dig deeper, and generally get more aggressive  to find out what's happening, and when we do, we'll find out....what a WONDERFULLY INTELLIGENT, CARING, AND HARD-WORKING GOVERNOR HE IS! (Can we come in now, Rick?)