What becomes a hermit most?

If you believe the entertainment press, it’s simply staying off their own myopic radar. Or that of any of the industry power-slugs they embrace as their own.

Maybe the days are finally gone when the Academy Awards used to treat Woody Allen like a leper just because he chose to make his movies an unforgivable 3,000 miles away. (That’s before said pictures started to stink so pungently of week-old brisket that only Europeans would give him money to make them.) But the thought that a truly international director would pass up the Oscars just because he didn’t feel they were all that important -- well, if you read the right papers, it’s clearly a sign of mental illness. 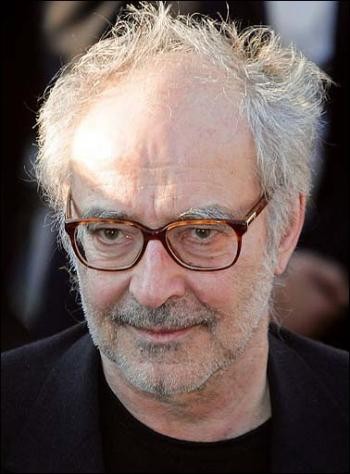 e, the "right paper" is The Independent, which treats it as indefatigable eccentricity that the immortal Jean-Luc Godard is displaying no interest in showing up to receive an honorary award from AMPAS. I mean, who wouldn’t want one of those things, right? They give them to Roger Corman!

For nine graphs, the paper paints this is a quirk that all but invites institutionalization, never once acknowledging the eminently reasonable possibility that the guy who made Breathless just might not be all that hot to sit next to Zac Efron for six hours. No, it’s got to be incipient dementia on the part of Godard, whom The Independent refers to as "reclusive and a “sometime Communist." (Is that like a friend with benefits?)

"Reclusive" is a funny term, basically because the press applies it to anybody who won’t play ball if you rouse him for a good game at 4 a.m. It’s what they called Garbo in her later years, merely because she wasn’t giving interviews; meanwhile, the people in her New York neighborhood had a different term for her: "That lady I see in the store four times a week." (By this same standard, I am not just a recluse but Osama bin Laden.)

But what fun the paper has describing the desperate, thankless efforts the Academy is making to get a simple RSVP out of Godard: unanswered faxes, perpetually ringing telephones, pleading letters used thoughtlessly as bookmarks in Godard’s copy of The Girl Who Kicked the Hornet’s Nest. As the article notes, "he does not have an agent to handle inquiries from organisations like the Academy, so the process of contacting him sometimes resembles a French farce."

OW’s Justin Strout, who brought this item to my attention, had the perfect rejoinder: "[That] presupposes that having an agent would make anything somehow less farcical, which anyone who's ever had an agent would surely chuckle at." It also strikes me as an interesting counterpoint to a recent Entertainment Weekly article that painted Bill Murray as a principled iconoclast for cultivating a nearly identical inaccessibility. But really, could Godard make Meatballs? That’s the kind of move that earns you the right to conduct your contract negotiations via carrier pigeon.

Murray’s an American, see, so anything he does that might make him appear "difficult" is just cute and charming. A Frenchman does it, and he’s the Unabomber. Oh sure, The Independent is theoretically out to uphold the British perspective, not vindicate the Yank profile; but just look at the way the paper describes Godard’s evasive tactics as playing out "to the bafflement of the US media." See what they did there? They got to make us look all flustered over getting sent straight to some Frenchman’s voice mail, then spend eight more paragraphs doing the exact same thing! (Right, Reggie; and you so didn’t want to go into Iraq until we forced you to.)

So that’s how we leave it, with the U.S./Anglo media axis scratching its head, the Academy putting Jeff Dunham on standby as a seat-filler and Godard sequestered somewhere in a secret room, chuckling like a maniac through a cloud of Gitanes smoke. Remember, kids: If it isn’t happening in Hollywood, it isn’t happening anywhere!

(I will have no further comment on this matter, so don’t even think about calling.)