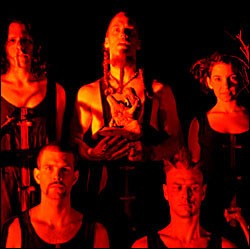 SLEEPYTIME GORILLA MUSEUM We sure do love the ol' Sleepytime crew and we love it that they always make it a point to play Orlando. Their theatrical shows are heavy and funny and dark and weird and loud and spooky and silly, which pretty much covers all of our moods (except for surly), but we've got to say that we do harbor a little resentment toward the Museum. Well, not the whole Museum, just violinist Carla Kihlstedt. You see, her 2003 solo album (2 Foot Yard) is still one of our most-played discs, and though one recent SGM song gets close to capturing Carla's art-pop vibe ("What Shall We Do Without Us?"), we're a little pissed off that Carla hasn't seen fit to bring her other group (also called 2 Foot Yard) to our town for a show. Yes, we know that with SGM's touring obligations, 2 Foot Yard doesn't make it out of California too often, and playing dress-up with the Gorillas is probably a lot more fun, but hey, we've got our needs too. (with Indorphine, Hope & Suicide; 9 p.m. at Will's Pub; 407-898-5070; $10, $12)

RIVERBOTTOM NIGHTMARE BAND "We haven't rehearsed in nine years," says David Schweizer of Riverbottom Nightmare Band's musical methodology. As one of Orlando's longest-running bluegrass acts (by our cipherin', they've been together eight years, but what do we know?), RNB has played countless shows and was nominated three consecutive years in the Orlando Music Awards, yet has only recorded one album in the process (Red Hot Slag, released two months ago on Schweizer's own Richter Records). "The key is that we all have fun," he says. Possibly a little too much fun, as Schweizer now claims that, in addition to the members of The Legendary J.C.'s who augment the band's roster, he's now bringing a cast of puppet characters with him onstage. "Woody," he grins, "he harasses women; Dirty Duck does nasty jokes; and Pepe is this Mexican marionette with guns." Even though this addition of puppets represents the band coming full circle back to the origins of their name, and thus probably fulfilling some weird Muppet prophecy, expect another eight or nine years out of the 'Bottom boys. As Schweizer puts it: "It's like the band that wouldn't die." (10 p.m. at Copper Rocket Pub; 407-645-0069; $5)

V-FEST Yes, we got a little red in the face when we stumbled across this event's full title: "V.A.G.I.N.A. Fest." Unlike the dreary "cultural enlightenment" promised by The Vagina Monologues, this event sounds positively … well, festive. And you know what they say: There ain't no party like a pussy party. Alas, this rock marathon is not a celebration of one of our two favorite body parts; rather, the acronym stands for "Violence Against Girls Is Not Acceptable." We don't think beating up women is a good thing, much less acceptable; but we'd be deluding ourselves to think that there aren't assholes out there who don't agree. Originally started in Gainesville last year as a benefit show for an abuse shelter, this year's V-Fest expanded to include four multi-band bills in Gainesville as well as all-day shows in Jacksonville and Orlando. Fear not, though, this is not some granola-fed set of acoustic-strumming womyn, pleading for the sisters to unite. Instead, we'll get both guys and gals (but mostly gals) up on stage, doing everything from weirdo psychedelia to pop-punk and genre-busting post-metal. (with Troubled Children, Doll House, Mecca Nism and Her Rusty Tears, A Girl Named Chuck/Dirty Ego, Ask Me Later, Oriflamme, Shebang!, Episode 26, Ramona Quimby, Julie Durden, Linda Nunez, Lucid Fly, Pain Principle; 4 p.m. at The Haven; 407-673-2712; $5, $7)

ORLANDO FOLK FESTIVAL The growing popularity of the Mennello Museum's annual celebration moved the management to make it a two-day family-friendly affair. The picturesque grounds of the museum near Loch Haven Park will be full of folk artists and folk music – and just plain folks. Adding to the scenery will be the colorful works of well-known regional artists Mary Proctor, Ruby Williams, Brian Dowdell, Kurt Zimmerman and Jack Beverland, among other notables – all for sale. Bring a blanket on Saturday, because as the sun goes down, the music will start up, with folk singer Roy Book Binder (5:30 p.m. Saturday), followed by the zydeco uproar of the Porchdogs (7 p.m. Saturday). Step inside the museum to browse through the I Am a Warrior and Stirring Story exhibitions of Native American art. Or wander outside among the storytellers and craft vendors, for a feeling of simpler times. (festival 10 a.m.-6 p.m. Saturday, 10 a.m.-5 p.m. Sunday at Mennello Museum of Art; 407-246-4278, ext. 102; free)

MILES HOFFMAN If you're an NPR junkie, then the voice of Miles Hoffman is quite familiar. The longtime classical music commentator for Morning Edition delivers one of the final events in the 10-day Bach Festival presented by the Bach Festival Society of Winter Park – this is the 70th year for the tradition. (The 3 p.m. performance of J.S. Bach's Mass in B Minor later in the day is the finale.) Hoffman, erudite author of The NPR Classical Music Companion: Terms and Concepts From A to Z, is a walking encyclopedia of longhair trivia, but even the organizers don't know what he's going to talk about. Feel confident, though, that he can talk a good game and his words are likely to enhance our understanding of Bach. But what'll really be a kick to watch is Hoffman playing his viola for the free Bach Lunch Series (noon Wednesday, March 2, at First Congregational Church of Winter Park; R.S.V.P. to order a $5 box lunch). The midday concerts are casual, but when Hoffman's fingers hit the strings, it'll be a telling display of the rubber hitting the road. (lecture 10:30 a.m. at Bush Auditorium, Rollins College, Winter Park; 407-646-2182; free) 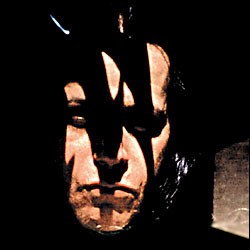 DANZIG Although we're still waiting for the Danzig vs. Dio cage match, we'll be content with seeing this pint-sized prince of darkness dish out his now-codified brand of metal. Of course, we say that with all respect, because Danzig's also a bit of an ass-kicker and we don't want to piss him off. (with Eyes of Fire, Kataklysm; 6 p.m. at House of Blues; 407-934-2583; $18-$40) 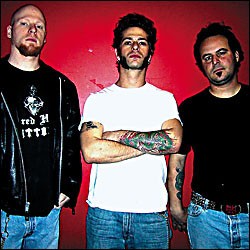 MEZZANINE With the truckload of Southern-rock revivalists that seem to be pulling down the pike to town these days (add Atlanta's Mezzanine and you got yourself a convoy!), it's hard to tell one from another. Mezzanine are attempting to carve themselves out a little niche. Their bio casts the band as indie revivalists, hashing out their homespun homilies in a self-built studio: "Fuck the glitz and glamour … leave it raw." In reality, they're compensating for songs that are studied and a bit predictable, sounding like a shallow Deep (Fried) Purple when compared to top-shelf acts like Nashville Pussy, Bad Wizard and Artimus Pyledriver. But after a few bottles of Will's hospitality, you won't know the difference. Just yell "Skynyrd" and you'll do fine – just like every other night of your life. (with Kurtz, Asphalt; 8 p.m. at Will's Pub; 407-898-5070; $5)

MAN 1, BANK 0 The relentlessly touring Patrick Combs earned plenty of new fans when he brought his ATM-swindling memoir to last year's Orlando International Fringe Festival. Now, he's adding a touch of youthful subversion to Melbourne's often narcoleptic King Center schedule. In Man 1, Bank 0, Combs tells what happens when he mischievously deposited a novelty check for about $95,000 in his bank account – and it was honored. It's pretty clear that this true-life tale of illicit windfalls and fortuitous loopholes is the one show Combs has in him, but that works to his benefit. There's something refreshingly affectless about his demeanor as he elatedly recounts his clashes with bank officials who, it comes to dawn on him, can't legally come between him and his undeserved fortune. Yet just when it seems Combs may get stuck in a narrative cycle of sticking it to The Man, he introduces some welcome notes of guilt and regret. Rather than a blanket exhortation to cheat the system, his show ends up a sweet reminder of the reason that so many of us suffer under that system in the first place: We've set ourselves a higher standard of behavior. (7:30 p.m. at King Center for the Performing Arts, Melbourne; through March 13; 321-242-2219; $29, $33)