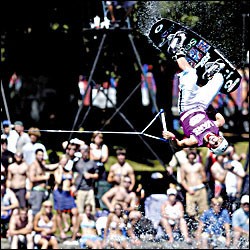 VANS WWA WAKEBOARD WORLD CHAMPIONSHIP Orlando is the center of the universe – oops, we mean the center of the wakeboarding universe. If you didn't know, we are wakeboarding central by virtue of our lakes, which draw the top players in the industry – from athletes, to publications, to facilities, to competitions. It's only appropriate that our town hosts the most supersized contest of the year, the third and final heat in the Vans Triple Crown Series. That's where hometown heartthrobs – 15-year-old Phillip Soven and 18-year-old Dallas Friday (Dallas Friday!) – will face off against superstar athletes from around the globe to claim the titles as the best in the world, in the men's and women's divisions, respectively. Over the four-day affair, media networks naturally will follow the stars (Fox Sports airs coverage 4 p.m. Oct. 26), as they vie for supermoney. But insiders know that's not necessarily where to find all the action. There are countless other blood-and-guts matchups for amateurs ages 5 to 50 where there are no cash prizes at stake, just pride and glory. Soven's 6-year-old little bro, for one, will be riding with a vengeance in his heat, hot on the heels of his elder, who turned pro at age 11 when no other amateurs would compete against him. That's the sort of winning mentality we like to claim as being distinctly Orlando. (Competitions 8 a.m.-4 p.m. at Orlando WaterSports Complex, also 8 a.m.-4 p.m. Friday and Saturday, 9 a.m.-3 p.m. Sunday, 407-251-3100; free Thursday and Friday, $10 Saturday and Sunday) 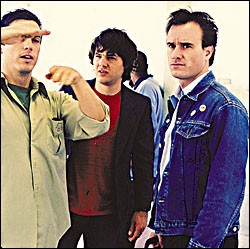 ILL LIT At least 10 up-and-coming "conscious" hip-hop artists are kicking themselves that they didn't copyright this Americanica duo's name years ago. Hailing from Los Angeles via Brooklyn, Ill Lit incorporates the highlights of Grandaddy's sonic splays with the warm weirdness of Elf Power. Most of the songs are backed by a drum machine – usually immediate points off for a band that touts itself as "country music" – yet the duo manages to affect an unshakable lonesome-highway vibe that doesn't diminish even when songs ramble on about aliens or veer into pidgin paeans to Twisted Sister. Of course, the lonesome highway does hit potholes once in awhile: The electronics get a little overbearing at points; but on the whole, this promises to be a memorable show. Just bring a friend. (with Feldsmere; 9 p.m. at Will's Pub, 407-898-5070; $5)

ABCS ART BY COALITION CHILDREN RECEPTION The homeless situation isn't getting any better here or anywhere else, making it all the more worthwhile to recognize the amazing people and places who are trying to help. There is an ongoing program at the Coalition for the Homeless of Central Florida that brings together local artists (Donna Dowless, Jeanine Taylor and Victor Bokas are but a few) with the children who are in temporary residence at the coalition's limited facilities for women and children. In a first-time showing of the art expressions that come out of the ABC program, you'll see photography, illustration and works in paint, clay and mixed media. And they'll blow your mind as much as they reach into your heart. The reception had to be rescheduled because of the hurricanes, and the city wasn't able to gets its invitations out in a timely fashion. So attendance on this special night, and/or a contribution to keep the program stocked with supplies, is a way to do something that'll make you feel really good about yourself. (5 p.m.-7 p.m. at the Terrace Gallery at Orlando City Hall, 407-246-4279; free; exhibit continues through Nov. 7) 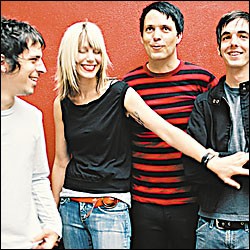 NEW ROMAN TIMES In a recent mail-call moment now filed in our bulging "It's About Damned Time" cabinet, we were pleased to receive a copy of International Affairs, an album New Roman Times completed nearly a year ago. Thankfully, we were also pleased to discover that it's a pretty accurate reflection of the band, which is surprising, considering the many lineup changes they've been through. (What is it with drummers, anyway?) We've long insisted that NRT have a dense, indie-rock sound that's a bit out of step with Orlando's club scene – unsurprising given the band's deep connections with Athens and Atlanta – but it's still one that we're glad to call our own. (with Bloom, The End of the World, Glory Bullfighter; 9 p.m. at The Social, 407-246-1419; $5, $7) 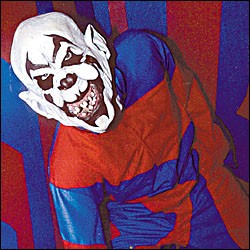 HALLOWEEN HORROR NIGHTS How many times did you mutter that Halloween Horror Nights would be so much better if they expanded it to both parks? Yeah, we did too, especially when several of the haunted houses were crossing park boundaries anyway. Well, it looks like Universal finally figured out the obvious, and this 14th iteration of the wildly popular scarefest will be occupying both Universal Studios and Islands of Adventure. Although the new layout means a lot more walking – and potential out-of-the-bushes scares – we can't wait; this event is a great exploitation of the creativity at work at the parks and, judging by what we've seen, there're a lot of really screwed-up people working in the design offices. (7 p.m. at Universal Orlando, 877-284-4679; $54.75; continues through Oct. 31)

EPCOT INTERNATIONAL FOOD AND WINE FESTIVAL Oh, Food and Wine, how we hate ourselves for loving you. With your Kool & the Gang and Eddie Money and Three Dog Night concerts, how can we respect our toe-tapping, plate-balancing selves? With your wine schools we can't afford, your five-course dinners we can't afford and your brewers' dinners that we can't afford (but go to anyway), you taunt us. Even your $4 plates of flan seem like a slap in our wallets' faces. Yet we find ourselves there, every year, gorging at the food huts like the broke-ass gourmands we are. This year we're extra-excited, because you've extended the event through mid-November and rumor has it that you're gonna be serving up "sparkling wine in a can with a straw." And, dear Food & Wine, when you combine alcohol with straws, that's our kind of party. (free with park admission to Epcot, 407-939-3378; continues through Nov. 14)

BOB LOG III One look and listen of Tucson, Ariz.'s Bob Log III and it's obvious that he isn't your typical one-man band. Sure, Log plays guitar and sings, but any and all similarities end there. How many singer/ songwriters wear Evel Knievel-style garb, complete with motorcycle helmet, while playing a bass drum with their feet and belting out nitty gritty Delta-blues songs? How many musicians encourage their (preferably) female spectators to dip their breasts into a drink of scotch on stage? Not many – at least in a world outside of a sanitarium. Still, Log (Robert Reynolds III) has earned an equally demented legion of fans across the world not just with these peculiarities, but with his manic slide guitar playing, which – gimmicks aside – has surprising merit. "Singing" through a specially rigged, fully enclosed helmet and sounding like a blowhorn, Log enlightens fans with songs about everything from breasts ("Clap Your Tits," on which he utilizes slapping breasts as a percussion instrument, and "Boob Scotch") to oversized erections. Still not weird enough for you? Then you're the one with issues. (with Town Bikes; 9 p.m. at Will's Pub, 407-898-5070; $8, $10)

I BELLA DI WAIKIKI Four guys from Italy with a thing for Hawaiian music and a double-ukulele attack to show for it. It's like the Red Elvises, but smoother and with more romantic accents. We're really not sure what else to say, other than to 1) question whether or not we're ready for any more "tropical entertainment" after all these hurricanes, and, 2) insist that there are only a few other things less normal than an Italian luau band performing in a downtown Orlando bar on a Friday night. (10 p.m. at Waitiki, 407-849-0471; $5 cover charge after 11 p.m.)

CAVE IN There are a lot of people who hated Antenna, Cave In's major-label debut. With its oceanic guitar tones and dense, near-anthemic songwriting, it was light years away from the rockist heaviness of previous efforts. But there were also a lot of people who loved Antenna, and we'll contend that it was one of the finest – if most underappreciated – rock albums of last year. It should have been the new sound of "alternative rock" radio, but Clear Channel decided Good Charlotte and Staind were better investments. Thanks, Clear Channel, for screwing up radio for another decade with that decision. Regardless, Cave In are one of those bands – like Failure, for instance – who don't fit easily into any niche, but who are determined in their striving for a sound that's as thoughtful as it is powerful. In other words, they're good. (with Converge, Between the Buried and Me; 6 p.m. at The Social, 407-246-1419; $12)

"PUNK VOTER TOUR" We were thinking about putting together some sort of voter registration show, but then we noticed that an astonishing number of shows – whether of the get-out-the-vote or get-Bush-out sort – were already scheduled. Then we also happened to notice that a surprising number of them were happening at House of Blues. What's this? A entertainment corporation with a conscience? Well, the suits at Disney may be afraid of striking political poses, but the fine folks at HOB certainly aren't. Especially since they know that the bands they're bringing in are both bankable and rockin'. With a lineup this politically vocal (between Anti-Flag and Strike Anywhere, you've got a minor revolution), we're guessing this is gonna be much less of a middle-of-the-road, granola-fied "don't forget to vote" type show than it is a bomb-throwing, middle-finger-to-Bush kinda show. We like those a lot. (with Anti-Flag, Midtown, Strike Anywhere, The AKA's, Mike Park; 7 p.m. at House of Blues, 407-934-2583; $12-$14)

SOCIAL DISTORTION Even though he's become somewhat of a cartoon character, you've got to give Mike Ness props – simply because he's been propping up the same 12-stepped-old-schooler-addicted-to-Maybelline schtick since the late '80s. We will yield that 1983's Mommy's Little Monster is a punk-rock masterpiece – ranking with Minor Threat's "Red" EP and the Dead Kennedys' Plastic Surgery Disasters – but every album since has been a rehash of the same three loping chords he introduced in 1990's "Ball and Chain." In fact, he's built his career on being "born to lose and destined to fail." So if Ness is to have any street cred at all, he must be losing something, but what? Certainly not money – he's playing two nights here. After a quick check of the photos on www.socialdistortion.com, with Ness donning the Klaus Meine cap in nearly every shot, we suspect the only thing he's "born to lose" is his hair. (with Tiger Army, The Explosion; 8 p.m. at House of Blues, 407-934-2583; $25; repeat engagement Oct. 7)