KEVIN HARAN: TRANSPARENCIES There's a heck of a stash of talent within the UCF art department, and Kevin Haran has been holding down his end since he joined the staff in the mid-'90s. He's been a teacher, a curator of the UCF Gallery and an artist in his own right. That's why the gallery has been dedicated to a solo exhibit of Haran's disquieting works, starting today with the opening coffee reception. (A new trend? We like it – caffeine instead of cheap alcohol.) (No we don't. – ed.) Among Haran's introspective visuals, there are layered paintings on panels, charcoal drawings, photorealistic history paintings and new collages never before exhibited. But to get to the essence of his expressions, here's a description given by George Donald, professor emeritus at Edinburgh College of Art: "Haran's dark panels are crowded with images trawled from his waking dreams and nightmares. As in dreams, they float in the amniotic fluid and variable space of the imagination." At 1 p.m. Tuesday, Haran himself will talk about his inspirations and techniques at an informal gathering in the gallery. (coffee reception 10 a.m.-11:30 a.m. at UCF Gallery; free; 407-823-3161)

THE WAR OF THE WORLDS Consigning Dakota Fanning's ear-torturing shrieking to the scrap heap where it belongs, a bunch of local theater types are taking The War of the Worlds back to its Mercury Theater glories this Halloween season, performing the text of Orson Welles' history-making broadcast as a live radio drama. This is the original 1938 script we're talking about – the one that sent the panicked homemakers of Newark, N.J., into their bathrooms with razor blades, determined to off themselves before invading aliens could do the job for them. A cast that includes returning acting great Don Fowler (back in town after a stint up North) will give voice to the immortal doomsday scenario while live sound-effects artistry simulates the tinny opening of the Martian death machines. Sounds like a great tie-in for a canned-food drive, but what do we know? (8 p.m. at Club Swank; through Oct. 30; $10; 407-895-4599)

FALL FEST 2005 Denying the trend of today's ever-more-calamitous headlines, the International Academy of Design and Technology wants us to know that the future looks good – in the most literal sense, that is. The Academy's "Fall Fest 2005" – a fund-raiser for the American Red Cross' Katrina-relief efforts and the ONE anti-AIDS campaign – spotlights student achievements in media ranging from fashion to digital graphics to game design. Swelling their ranks are art exhibits from outside organizations (several of them older-skewing) like OVAL, McRae Art Studios, the Crealdé School of Art, Galleria Portofino and Gallery M. One hundred percent of the proceeds from the evening's art sales and gift raffles goes to the earmarked charities, says organizer Rafael Diez, who notes that many of the "Fall Fest" participants are rival galleries that have never been in an art show together before. Could be a great way to put that whole peace-'n'-harmony motif to the test. (6 p.m.-10 p.m. at International Academy of Design and Technology, 6039 Rio Grande Ave.; free; 407-888-5957)

ALL HALLOWS 10 FOR THE FRINGE The arrival of this traditional Halloween fund-raiser is always a sign that the Orlando International Fringe Theatre Festival is slithering just outside our door (kind of like the Loch Ness Monster in that weird-ass song by The Police). Get the jump on next May's festival of unorthodox performance arts by sampling 10 all-new short plays written and directed by some of the Fringe's most reliable contributors. Whether overtly or not, every vignette has a Halloween theme – event emcee Michael Wanzie's Ladies of Eola Frights, for example, assigns his stable of Southern belles the truly terrifying task of confronting trick-or-treaters. Factor in input from talents like David Lee and John DiDonna, and "All Hallows" could be the scariest evening of theater this side of Menopause the Musical. (Reception 6 p.m., performance 7 p.m. at Footlight Theater, The Parliament House; through Oct. 29; $10; 407-648-0077; www.orlandofringe.org) 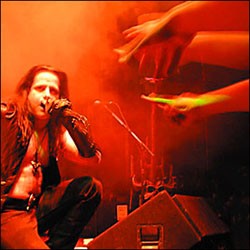 DANZIG & NEIL DIAMOND Oh, if only these two were playing together – what a show that would make. It might seem hilarious and stupid, but think about it: They're both multifaceted artists (Danzig: comic book guy, opera fan, metal god; Diamond: actor, consummate songwriter, stellar performer) but more importantly, they've both worked with Rick Rubin. While Rubin's work with Diamond is yet to be released, we're pretty sure it won't sound like Danzig. But Neil's always had a dark streak to his music (forget "Solitary Man," listen to "Coldwater Morning"), and Danzig's always been a swaggering showboat, so we're thinking it's not too much of a stretch. Of course, Danzig is bringing along ex-Misfits guitarist Doyle to assist him, along with a raft of stunning metal acts to open the show, while Neil's just bringing … sequins? (Danzig with Chimaira, Mortis, Himsa, Behemoth, The Agony Scene; 5:30 p.m. at Hard Rock Live; $25-$30; 407-351-5483; Neil Diamond; 8 p.m. at TD Waterhouse Centre; $42.50-$75; 407-849-2020) 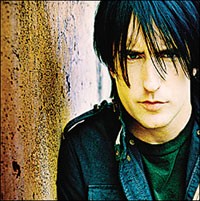 NINE INCH NAILS We remember when Trent Reznor was something of a joke. Yeah, it's hard to imagine, now that he's turned into a legacy artist among still-disaffected 30-somethings. But back when Pretty Hate Machine came out, all we remember was our hard-core industrial-loving friends grumbling about what a poseur pussy he was and how no self-respecting goth-industrialist would ever create music as limp as "Down in It." Of course, our local branch of the Die Warzau fan club has since disbanded; here we are in 2005, and Reznor is headlining arenas and making music that's surprisingly daring when you consider the hefty commercial impact it has. He hasn't rewritten his playbook, but he has put it through numerous revisions, resulting in music that's singular and astonishingly vivid. And though our Fad Gadget-loving friends may still hold some bitterness toward him, we've got a feeling they'll still be in the front row for this show. (with Queens of the Stone Age; 7:30 p.m. at TD Waterhouse Centre; $37.50-$45; 407-849-2020) 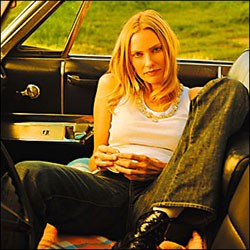 AIMEE MANN Last time perennial jangle-mopestress Aimee Mann came to town, a certain writer for this particular paper chose not to heed her Magnolia advice to "Wise Up," fell drunkenly onto a coat hook at home after the show, got 16 stitches and wasn't able to return to work 'til Tuesday. It wasn't Mann's fault, though. She was just doing the same thing that she's been doing for 20 years: dissecting relationships and smothering the entrails with pillows of big-worded doubt. Her latest self-released effort, The Forgotten Arm, loosely details the decline of a romance mired in substance abuse and sundry other white-trash trappings typically associated with carnies and the pregnant teens who love them. This time, she's commandeered the storytelling concept-album schtick (not unlike her husband, Michael Penn, on this year's likewise engaging Mr. Hollywood Jr., 1947) and for the most part, it's fantastically depressing and equally rewarding. In truth, she's dismissed about as often as she's revered these days, mostly due to her very public fallout with the "music industry," but for those of us who still fondly recall bleached tufts with a braided rat-tail as the roots of our rebellion, she remains the touchstone in our antidepressant balancing act. And like most warm, comfortable pain, she doesn't appear to be going away any time soon. Submit and suffer beautifully. (with Teitur, 7 p.m. at Hard Rock Live; $22.50-$26; 407-351-5483)

CARL COX Still going strong after nearly 20 years in the spotlight, Carl Cox miraculously still deserves the continual accolades heaped upon him by the worldwide dance community. Mindful of trends but not beholden to them, Cox's skill has always lain in reading crowds precisely and delivering exactly what they didn't know they wanted to hear. This show is part of a 25-city tour that winds up at the displaced (from New Orleans to Memphis) Voodoo Music Experience. (9 p.m. at Zinc Bar; call for ticket information; 407-246-1755)