Click here for a full schedule of Anti-Pop 2008 performances.

Au Revoir Simone is practically tailor-made for NPR listeners: three beautiful women synthing out beautiful dream-pop with hints of new wave, hipster rock and the slightest suggestion of dance. Reviewing their latest album, 2007's The Bird of Music, the BBC labeled their sound "ethereal synth-pop"; as Stylus reported, "Their music could have soundtracked The Virgin Suicides." But we say these girls are from Brooklyn – Brooknon if you're gully – so don't let their waifish image ; fool you. Au Revoir Simone can get dirty, and to prove it, they've provided this handy playlist of their favorite hard-as-fuck music to keep in mind next time you roll up actin' like you know.

Mike Doughty was the singer for Soul Coughing and released his fourth solo album, Golden Delicious, this year.

I was in a band called Wisdom Tooth. There was a massive rainstorm. We took shelter in the van. Cypress Hill banged on the door, we let them in, I immediately rolled a joint, psyched to be getting high with them, but they waved it off, wearily, and I realized that to be in Cypress Hill was to be offered weed by some overexcited bozo every 10 yards.

Just back from recording Ruby Vroom with Soul Coughing in Los Angeles. I was resentful of all the bands playing – I wanted to be up there. We were submitted for it, but supposedly rejected by Mike D. of the Beastie [Boys]. In the end, I don't think that was true. But I tried hard not to enjoy the Beasties' set. I saw a cute girl and gave her a promo cassette of Ruby Vroom, then ran away. Billy Corgan made a speech about "There is no Generation X, there is no Generation Y." A real eye-roller.

Standing by my guitar and luggage, I was approached by Evan Dando in the hotel lobby. He asked if they called me Doughty "because you dote on young girls?" He was with Anita Pallenberg, which freaked me out. She was skinny, wrinkled and leathery, and wore skin-tight clothes and giant sunglasses. 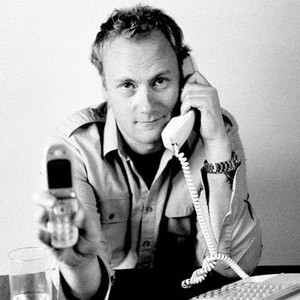 A summer's day in Denmark is like a late November day in New York. I saw Shirley Manson backstage and she appeared to have an incredibly flat face – when she turned her head, you couldn't see it.

Laid on a blanket under a tree with the lead singer from Lamb, who had a hangover. She mentioned, in her charming accent, her "man." I said, "Your man? What are you, Aretha Franklin?"

First day I woke up groggy and stepped off the bus onto a NASCAR speedway in North Carolina. The lead singer from Sponge was making some political statement before a song and he said, "The government is trying to take away your freedom … by taking away your freedom!"

Second to last on the bill, which meant we played to mostly empty outdoor amphitheaters. Neil Young headlined; he watched us from the side of the stage once and I tried not to look at him. At a gig a week or two later, at a ski slope in Pennsylvania, I heard a voice say, "Sure do like that Soul Coughing!" and I turned around and it was Neil, smiling. He was wearing a Gorton's Fisherman–style yellow rain suit.

An artsy festival of writers and avant-gardes held in a modern opera house. I had brought a bag of dope (heroin, I mean) onto the plane with me and sniffed it in the bathroom. I was in bad shape – stayed in bed for 18 hours when I got to Antwerp. Played a show in Amsterdam two days later, and the crowd kept yelling, "Tune your guitar! Tune your guitar!"

They flew me all the way to Europe for a poetry festival. I spent the entire day before the performance doing interviews – it was covered by every major newspaper and one national TV station … a slow news week in Portugal, perhaps. I brought text fragments to read, and every time I finished a page, I crumpled it up and threw it in the audience. They scrambled for it.

I did some radio appearance thing and they drove me back on a golf cart. In the middle of the field, somebody came running up with a collapsed girl in his arms. I said, "Take it!" and leapt off. The cart sped away, and I realized I was standing who-knows-where in the middle of the field with an insanely long walk back to the stage. Saw Dave Matthews' wife backstage and she took me to see him. He immediately said, "You're a genius!" He loved "27 Jennifers" off Rockity Roll. I gave him a rough mix of Haughty Melodic. He signed me to his ATO record label a few months later.

Atlanta punks offer up some advice for that ass

We're an indie band that's played lots of festivals. Our clothes are appropriately roughshod, our song titles precocious, our sound is cross-genre derivative and we even put "black" in our name, too, yet respect is still elusive for us. Do we need more onstage vomiting?

No, KIDS, vomiting is very dangerous for your insides. The acid in your stomach is very strong and you don't want it to burn a hole in your esophagus.

You've been called "the hardest-working band" by respected publications. I can't seem to get myself out of bed before noon and I live with my parents. How can I get some motivation, and is it worth it?

First things first, CHAD: Shotgun a beer while taking a cold shower. Then put some spice on it.

Your older albums were lash-out classics of mayhem and irresponsibility, but last year's Good Bad Not Evil showed a more mature side of the band. My girlfriend and I have been dating for two years strong, but she doesn't understand my need to see bands like yourself pee in their own mouths at shows. Should I grow up and settle down or hang on to my "old-school Black Lips" side?

Grow up, MATE, and leave it to us to act like children. We want the best for you and your girlfriend. Don't try this at home.

I think I'm falling for my band's tour headliner. Do you think it could be trouble?

— Believe Your Own Promotion

Yes, BYOP. Don't mix business with pleasure 'cause you might get burned.

KIDZ IN THE HALL

DJ Double-O, one-half of rap duo Kidz in the Hall, chatted with Orlando Weekly over iChat while awaiting a gig with N.E.R.D. in Miami. 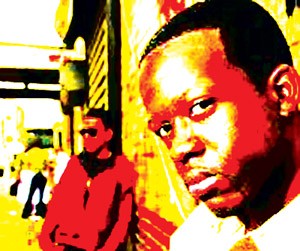 trying to rest up

you rest up last night or do the miami thing?

you guys have been on tour forever
;what's the craziest thing that's happened so far?

umm, me getting a plate in my face
;lol

a plate of what?

eeesh. was that from the fight in tempe? what was your first thought when you saw that video floating around the internuts?

I'm famous
;like for real kinda famous now
;cuz the numbers it got were damn near equal to
;our video [for "Drivin' Down the Block"] on youtube

but it might not necessarily be something that you WANT to be famous for, right?

I know thats not the reason I am famous
;but it's a side effect of fame

you guys seem to have a lot of fun on stage
;where does that come from?

we love what we do
;we realized early on that our energy
;directly affects the crowds so what we put out
;we can hopefully get back

; has your energy ever failed to be reciprocated by the crowd?

all the time
;it's hip hop
;everyone hates the unfamiliar

does your energy go down in those situations?

it can if you let it
;but you can't
;even if everyone isn't moshing by the end
;if you put on a good show
; you will hopefully get those folks to buy merch later
;you need a to gain at least a fan every city

where does orlando fit ; into all this?

well we've never done a show there but
;people have told us we have fans
;closest thing we've done is Daytona
;it was with gym class heroes so until we do
;a headlining gig in the area we'll never really
;know how big a fanbase is there but our
;response was good and that was right before "drivin
;down the block" fame

that single is still percolating, huh?

it still definitely has legs and that is our
; "calling card" record, as of now
; on a major label our album would be gold right now
; lol
;but that's not our situation

do you still have major label aspirations?

we'll get there when it's right
;I don't want to give up freedom
;to be a number;not right now anyway

our goal was to make
;a dope hip hop album
;and with the in crowd we are creating a marker in the evolution of the genre

do you guys have plans to stop touring anytime soon?

nope
;when u stop touring you aren't making money

think you'll get sick of playing the songs at some point?

nah you just have to be smart about it and
;when it feels a little tired revamp it

definitely. it's gotta be that way with anything artistic.

thats the thing,
;above all else we are true artists
;so the art comes first and foremost

nah, getting it out there to as many
;folks as possible

we are speakin about 2 diff things
;lol
;pussy isn't part of the artistic equation except for inspiration

never that
;u can bang it though

just don't knock it up

Written by Tara Lightfoot & the Aquabats

"My performance at Anti-Pop came right after touring with NIN and marked the beginning of my transition into the Niggy Tardust character. I had just figured out that losing myself to the music every night was the key to finding myself in the bigger picture of life and art. Somehow, my best memory of the night was performing the song ‘Grippo,' which was full of energy and a clue into realizing that it would be an exciting night."

"I remember seeing one guy up in the front of the crowd looking really uninterested for half the set, and then giving me this kinda nod thing and then jumping up and down for the rest of the set. I like Orlando a lot."

"Orlando rocks and so did the people at the festival. I think other towns should pick up on the trend."

"I was blown away by the reception and the enthusiasm of the audience. To know the kids still relate to the songs of Johnny Cash and the music of the Tennessee Three is great! I think John Youngman did a great job organizing the event and I am humbled that he allowed the TN3 to be a part of it [in 2007]."