"Billy Mays is going to be pissed!" The voice on the other end of the Happytown™ 3 a.m. Red Phone buzzed with a matter of utmost importance. "That ShamWow guy just beat him for an infomercial award!"

Some investigative research — cough Google cough — proved once and for all that our greatest fantasy has come true: There's a pitchman smackdown goin' on, y'all! Last year, when we were awkwardly spinning around Mays' plastic palatial estate outside Tampa `see "Mad man," Oct. 16`, we turned to the bearded bear-god in his OxiClean laundry room and popped the question. "What do you think of this Vince Offer?" we asked, referring to Mr. ShamWow.

"Ah, him," he growled back. "He's a one-trick pony." Mays explained that Offer had started something of a turf war by promoting ShamWow when Mays already had a chamois towel on the market. Since Offer's introduction to the novelty-obsessed television masses, countless websites have popped up comparing the two ubiquities, most favoring Mays' bad poetry ("No flipping! No flopping!" if you buy a Big City Slider Station) over Offer's more sexualized fare ("Fettuccine, linguini, martini, bikini!" for the Slap Chop) in the endless war over pointless nothings.

But now CNBC reports, in a Jan. 27 online poll, that Offer and his ShamWow are the bee's knees. They took 8,500 of 300,000 votes to win the prize of best "as seen on TV" ad. In fact, Mays' products didn't even place second; that honor went to George Foreman and his ubiquitous grill.

Adding insult to injury, CNBC says, "For our part, we think Vince Offer … is taking over as the next Billy Mays."

Ouch. Now back to your regularly scheduled programming.

So you know how everyone's broke and Buddy Dyer's venues triumvirate is teetering on the brink of oblivion and everybody's too busy dodging pink slips to care? Surely, it's not the best time to be fundraising for arts groups, but somebody's gotta do it, and damned if they're not optimistic to the last.

For example, the Jan. 29 United Arts of Central Florida board meeting was aglow with smiles and positivity. Former Mayor Bill Frederick opened the show with an upbeat commentary on how it's always hard to raise money for the arts, but the scene keeps growing no matter the economy. Frederick was there to ease any sense of pending doom, and it worked. That was a smart move for UA, which is about to enter its 20th fundraising season.

Oh, and UA has a new fundraising strategy too. To flesh it out, president Margot Knight brought in guest Joanne Riley, president of the Cultural Alliance of York County, which is a part of Pennsylvania you'd never want to visit. There, in a community of 44,000, Riley raised a ton of money by hitting up individuals and local businesses for small donations, rather than relying on the usual assortment of fat cats. (Lots of donors, small donations … where've we seen that strategy lately?) In the process, the Alliance developed a tracking system that the UA has since purchased and put on its website, www.unitedarts.cc. 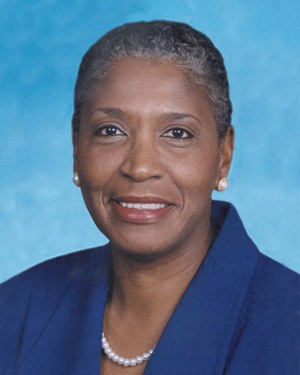 According to Knight, this year's "conservative campaign goal" is $3.16 million, or "86 percent of what we raised last year within the private sector." After all, if the folks up in "Pennsyltucky" — UrbanDictionary.com definition: "Rural parts of Pennsylvania with large concentrations of country folk, noted for interest in hunting, country music, NASCAR, trailer life, Wal-Mart and working at the plant" — can raise a bunch of dough for artsy-fartsy stuff, why not here?

On a not-so-upbeat note, it's worth noting that the widely reported troubles of the Dr. P. Phillips Orlando Performing Arts Center weren't a topic of conversation. Frederick, in fact, spoke of DPAC as if it were a given, rather than buried in a quagmire of poor financial scheming. Whatever gets you through the day.

From the About Freakin' Time Desk comes news that Orlando commissioner Daisy Lynum — she of unbridled self-righteousness and manufactured outrage — may finally pay the piper. Last week the attorney general's office asked a judge to fine Lynum $10,000 for abusing her position when she called the city's police chief after her son was pulled over in Parramore.

For those who care to remember this sad episode of Orlando history, the story goes like this: Back in May 2006, attorney and Orange County commission candidate Juan Lynum was pulled over while driving in Parramore at 1:30 a.m. on a Saturday. Whiny Juany, as we came to know him, called Mommy. Mommy called then-police chief Michael McCoy and told him her son was being racially profiled. McCoy ordered a subordinate to look into her charges.

But Lynum wasn't done yet. She also called her office's police liaison, who called the cop who'd pulled her son over, who in turn let Juan go. And after all that, Whiny Juany filed (then withdrew) a racial profiling complaint with OPD, and Mommy demanded that McCoy be sacked. He wasn't `see "Tempest in a traffic stop," June 29, 2006`.

Apparently, using your office to get your son out of a ticket is some sort of ethics violation. (Lynum says she didn't care about the ticket. Rather, as she told the Orlando Sentinel, "I just didn't want some white boy shooting my son or Tasing him.") Now, more than two years later, those chickens have come home to roost. The attorney general's office wants Lynum given the maximum possible fine and a public censure, though it didn't seek to throw her out of office.

Oh, well. An administrative law judge will rule on that recommendation in a few weeks. We'll keep you posted.

Speaking of stupid, let's talk Downtown Ambassadors. About the same time that we were going to print with our speculative death knell for the Segway Superfriends `see "You don't say?," Jan. 29`, the city took to the Internet with a bit of e-mail boosterism called "Downtown Confidential" to sing the praises of said ambassadors.

A reader points out to us that within the cascading waves of glowing text about how wonderful everything is — no matter what your lying eyes tell you — was this little nugget: "?‘Ivan and Alaster, Downtown Ambassadors, came in tonight to help out on moving a homeless who had no money to purchase food. They both entered and performed their job professionally and they were able to escort the individual off the premises without problems. Thank you!' — Erik, Subway assistant manager, downtown Orlando."