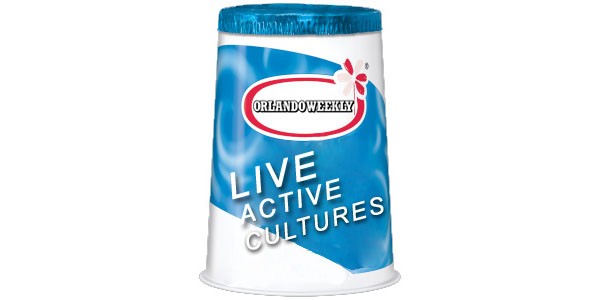 In the last two editions of Live Active Cultures, I've taken you along on my cross-country tour of tourist traps, from rural Pennsylvania to surreal Anaheim. This week, we're concluding the travel trilogy with a trek up the central Pacific coastline along the legendary Pacific Coast Highway. It's a drive I highly recommend everyone take at least once - the epic ocean views are unparalleled, and the elephant seals snoozing in the sand at Piedras Blancas are more entertaining than seven SeaWorlds.

On my way from San Luis Obispo - site of the world-famous and gloriously tacky Madonna Inn - to the San Francisco Bay, I visited two monuments to pioneering men whose impact on modern media still reverberates. Admirers of William Randolph Hearst and Walt Disney can find museums honoring their heroes along the California shore. One of these men was an all-consuming titan who manipulated nations for his own enrichment; the other bestowed new forms of communication to millions. One museum is an official state park staffed by the government of California; the other is a private enterprise founded and funded by the honoree's descendants. One exhibition presents a history-denying whitewash of monumental maleficence; the other includes a sometimes-painful explanation of a famous man's considerable failures. If you're like me, you might be surprised to learn which  one is which.

Visitors to Hearst Castle - formally  known as the Hearst San Simeon State Historical Monument - are advised to go online and purchase tickets with their Visa cards well in advance. Even on a damp, drizzling Sunday, you're likely to find all spots on the half-dozen different tours of the grounds booked. Grab a seat on the introductory $24 tour and you'll be bussed from the state-run San Simeon welcome center to the top of La Cuesta Encantada - The Enchanted Hill - the mountaintop location of Hearst's opulent estate. For the next 90 minutes, you'll march over marble to marvel at the Caligula- worthy Jupiter pool (which was a filming location for Spartacus); a palatial guesthouse decadently decorated with Moorish tile; and the cathedral-like Casa Grande, home to a tapestry-festooned foyer and a dining room fit for Henry VIII (complete with royal scepter). Before departing, take a seat in Hearst's private theater for home-movie footage - featuring movie stars Chaplin, Grant and Garbo - that could easily be mistaken for outtakes from Citizen Kane, the Orson Welles classic inspired by this castle's king.

Don't forget to catch the IMAX-sized screen back at base camp, where you'll learn how Hearst's youthful romp through Europe inspired his imperial domicile and led him to collaborate with (read: maddeningly micromanage) pioneering female architect Julia Morgan during the four decades it took to construct the complex. The museum will tell you what a generous philanthropist and liberal patriot Hearst was, but nowhere will you find word of how this politically powerful monopolist manufactured the Spanish-American War to sell his newspapers, nor of his pro-Nazi apologia on the verge of WWII, nor of the millions of victims of the racist crusade against marijuana that his editorializing set rolling.

When I mentioned this omission, my guide coughed about "differing viewpoints," but an eavesdropping docent whispered "Good for you!" Turns out that, though supported by taxpayers, a member of the Hearst family who isn't eager to air dirty laundry curates the historical content of this site. One attendant defiantly referred me to a copy of The Chief: The Life of William Randoph Hearst , biographer David Nasaw's more balanced assessment of how Hearst pursued his Xanadu.

After that, you'd expect the Walt Disney Family Museum, which opened at San Francisco's Presidio in 2009, to be just as fancy and false. But this unassuming red brick building actually houses a moving tribute to a man whose humanity has been obscured by his eponymous corporation. The 10 galleries trace Disney's life from humble birth to premature passing with interactive bells and whistles, like a Rock Band-style Steamboat Willie sound-dubbing game. But the best feature is its unflinching honesty, despite the fact that it's a project of Disney's daughter and grandson. From early bankruptcy and uncertain authorship of a certain animated Mouse, to contentious labor strikes and wartime government propaganda, no controversy goes unaddressed. Each side receives respectful airing; you can even listen to Uncle Walt's anti-communist testimony to Joe McCarthy's House Un-American Activities Committee.

Seeing theme park holy grails (an original Disneyland Autopia car, for instance) enhanced my appreciation of Disney's genius. In contrast to Hearst's conspicuous consumption, I was more impressed by artifacts of Disney's endearing ordinariness, like handwritten notes to his housekeeper requesting Hormel chili, canned hash and lemon Jell-O, his unpretentious favorite foods. Fittingly, the museum cafe sold me a comfortingly uncomplicated ham and cheese at a reasonable price, and I picked up an out-of-print "E" Ticket magazine in the gift shop for less than it could fetch on eBay. If only the folks who run the Orlando resort that bears his name would visit and take notes.