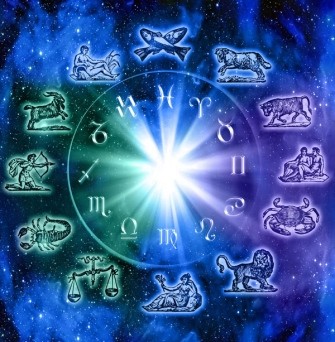 ARIES (March 21-April 19) If it’s at all possible, don’t hang around boring people this week. Seek out the company of adventurers who keep you guessing and unruly talkers who incite your imagination and mystery-lovers who are always on the lookout for new learning experiences. For that matter, treat yourself to especially interesting food, perceptions and sensations. Take new and different routes to familiar hotspots. Even better, find fresh hotspots. Cultivating novelty is your mandate right now. Outgrowing your habits would be wise, fun and cool. Changing your mind is a luxury you need and deserve.

TAURUS (April 20-May 20) “My grandfather always said that living is like licking honey off a thorn,” wrote the Slovenian-American author Louis Adamic. That’s true enough. Here’s the thing, though: If you manage to get a smooth thorn without any prickles (like on certain hawthorn trees), the only risk is when you’re licking the honey close to the sharp end. Otherwise, as your tongue makes its way up the sleek surface of the rest of the thorn, you’re fine – no cuts, no pain. According to my analysis, you have just finished your close encounter with the sharp point of a smooth thorn. Now the going will be easier.

GEMINI (May 21-June 20) On the front of every British passport is an image that includes a chained unicorn standing up on its two hind legs. It’s a central feature of the coat of arms of the United Kingdom. I would love to see you do something as wacky as that in the coming week – you know, bring elements of fantasy and myth and imagination into some official setting. It would, I believe, put you in sweet alignment with current cosmic rhythms. (P.S. If you decide to invoke the archetype of the unicorn, unchain it.)

CANCER (June 21-July 22) I’ve come across two definitions of the slang term “cameling up.” One source says it means filling yourself with thirst-quenching liquid before heading out to a hot place on a hot day. A second source says it means stuffing yourself with a giant meal before going out on a binge of drinking alcohol, because it allows you to get drunk more slowly. For your purposes, I’m proposing a third, more metaphorical nuance to “cameling up.” Before embarking on a big project to upgrade your self-expression – quite possibly heroic and courageous – I suggest you camel up by soaking in an abundance of love and support from people whose nurturing you savor.

LEO (July 23-Aug. 22) I love Adele’s voice. The mega-famous British pop singer has a moving, virtuoso instrument – technically perfect, intriguingly soulful, capable of expressing a range of deep emotion, strong in both her high and low registers. And yet there’s not a single song she does that I find interesting. The lyrics are clichéd or immature, the melodies are mostly uninspired and the arrangements are standard fare. Does what I’m describing remind you of anything in your own life? A situation you half-love and are half-bored by? An experience that is so good in some ways and so blah in other ways? If so, what can you do about it? You may be able to improve things if you act soon.

VIRGO (Aug. 23-Sept. 22) There’s a good chance that you will soon find something you lost a while back. It may even be the case that you will recover an asset you squandered or you’ll revive a dream that was left for dead. To what do you owe the pleasure of this blessing? Here’s what I think: The universe is rewarding you for the good work you’ve done lately on taking better care of what’s important to you. You’re going to be shown how much grace is available when you live your life in rapt alignment with your deepest, truest values.

LIBRA (Sept. 23-Oct. 22) Chris Richards wrote a story in the Washington Post in which he complained about the surplus of unimaginative band names. At this year’s SXSW music festival in Austin, he counted six different bands that used “Bear” and two with “Panda.” Seven bands had “Gold,” including Golden Bear. Marshmallow Ghosts was one of seven bands with “Ghost” in their names. You’re in a phase of your life when it’s especially important not to be a slave of the trends – a time when it’s crucial to your well-being to come up with original language, unique descriptions and fresh approaches. So what would your band’s name be? (tinyurl.com/badnamesforbands)

SCORPIO (Oct. 23-Nov. 21) You’ve got to cry one more tear before the pungent comedy will deliver its ultimate lesson and leave you in peace. You’ve got to make one further promise to yourself before you will be released from the twilight area where pain and pleasure became so tangled. You’ve got to navigate your way through one more small surrender before you will be cleared to hunt down your rebirth in earnest. But meanwhile, the catharses and epiphanies just keep on erupting. You’re growing more soulful and less subject to people’s delusions by the minute. Your rather unconventional attempts at healing are working – maybe not as rapidly as you’d like, but still, they are working.

SAGITTARIUS (Nov. 22-Dec. 21) “Most people who profess a deep love of the Bible have never actually read the book,” says religious writer Rami Shapiro. If they did, they’d know that Satan is not implicated as the tempter of Adam and Eve. There’s no mention of three wise men coming to see baby Jesus, nor of a whale swallowing Jonah. Homilies like “This too shall pass” and “God helps those who help themselves” never appear in the scriptures. And contrary to the Ayn Rand-style self-reliance that evangelicals think is a central theme of their holy book, the Bible’s predominant message is that goodness is measured by what one does for others. I bring this up as a teaching about how not to proceed in the coming weeks. You really do need to know a lot about the texts and ideas and people and situations upon which you base your life. (tinyurl.com/biblefog)

CAPRICORN (Dec. 22-Jan. 19) “The artist’s job is not to succumb to despair, but to find an antidote to the emptiness of existence.” So says the Gertrude Stein character in Woody Allen’s film Midnight in Paris. As an aspiring master of crafty optimism myself, I don’t buy the notion that existence is inherently empty. I do, however, wish that more artists would be motivated by the desire to create cures for the collective malaise that has haunted every historical era, including ours. In alignment with your current astrological omens, I invite you to take up this noble task yourself in the coming weeks, whether or not you’re an artist. You now have much more than your usual power to inspire and animate others.

AQUARIUS (Jan. 20-Feb. 18) The world-famous whiskey known as Jack Daniel’s is produced in Moore County, Tenn., which prohibits the sale of alcohol in stores and restaurants. So you can’t get a drink of the stuff in the place where it’s made. I suspect there’s a comparable situation going on in your life. Maybe something you’re good at isn’t appreciated by those around you. Maybe a message you’re broadcasting or a gift you’re offering gets more attention at a distance than it does up close. Is there anything you can do about that? The coming weeks would be a good time to try.

PISCES (Feb. 19-March 20) Once you drive your car into Norway’s Laerdal Tunnel, you’re in for a long haul through the murk. The light at the end doesn’t start appearing until you’ve traveled almost 14 miles. Using this as a metaphor for your life in the here and now, I estimate that you’re at about the 12-mile mark. Keep the faith. It’s a straight shot from here. Can you think of any cheerful tunes you could sing at the top of your lungs?