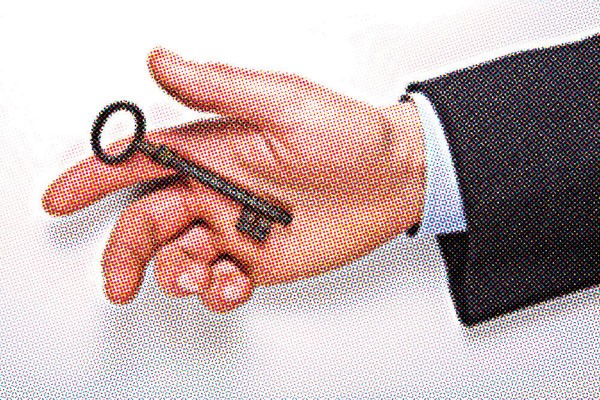 This time next year, the largest experiment in prison privatization in the nation's history is expected to be well underway in the state of Florida.

If everything goes according to the legislature’s plans, 12 prisons, six work-release centers and a handful of corrections annexes and work camps – nearly all of the Department of Corrections (DOC) facilities in 18 South Florida counties – as well as the state’s entire prison health care system will be removed from state control and placed in the hands of private corporations specializing in prison management.

During the final throes of the 2011 state budget negotiations, the legislature voted to take bids on prison-management contracts potentially worth hundreds of millions of dollars. Proponents of the plan – mostly Republicans – say that the cash-strapped state stands to save $27 million by contracting out these services. Though the legislation still awaits Gov. Rick Scott’s approval, press secretary Lane Wright indicates that Scott is supportive of the initiative.

But detractors point out that the two corporate giants expected to bid contracts – the GEO Group, based in Boca Raton, and Corrections Corporation of America (CCA) of Nashville, Tenn. – both have spotty histories when it comes to prison safety and hiring practices. There’s also some doubt that the private operators, which are accustomed to working out of their own modern facilities with easy-to-manage inmate populations, will be able to actually save the state money if they have to work with inefficient, older facilities that house more difficult inmates. In addition, there’s the persistent moral question as to whether the government should outsource punishment to companies whose profits increase as the number of incarcerated individuals grows. (Private prison operators in Florida earn anywhere between $45-$65 per inmate, per day.) Opponents also fear that the political influence wielded by the private prison operators – especially the GEO Group, which has donated heavily to Florida politicians – has caused legislators to make questionable decisions about prison regulation. For instance, the legislature voted this year to abolish the Correctional Medical Authority, the state agency that monitors the quality of health care in state prisons, by the end of the fiscal year in June.

As of now, there are seven private prisons operating in Florida, and they house roughly 10 percent of the state’s 102,191 inmates. CCA operates four of them, GEO operates two and a smaller company, Management & Training Corporation, operates a women’s facility in Gadsden. When the legislature’s new privatization plan goes into effect on January 1, 2012, most of the prison facilities operating in the southern part of the state will be turned over to private companies; it will be the first time in Florida that private prison operators would take over existing DOC facilities, rather than designing their own.

According to Tom Jones, a Tallahassee attorney who monitored prisons in the 1990s for the state’s now-defunct Correctional Privatization Commission, says he doubts that handing over South Florida’s facilities to private vendors will result in significant cost savings. The state’s oldest private prison, Gadsden, opened in 1995, while the oldest public facility to be bid out for privatization, Homestead, opened in 1976. There are a lot of “nooks and crannies” in older facilities, Jones says, which means they require more staff – and therefore more money – to monitor properly. “I think legislators should be careful in thinking that the private companies running these newer, efficient facilities can go into an inefficiently designed state facility and save boatloads of money,” he says. “To me, that’s a bit of a leap.”

Corrections Corporation of America spokesman Steven Owen is confident that his company can still supervise inmates more cheaply without the luxury of a custom-designed building. “We would welcome the opportunity to bring new efficiencies to existing state facilities,” Owen writes in an email to the Orlando Weekly.

One place the private operators can cut costs is in staff benefits. State correctional officers receive handsome defined-benefit packages from the Florida Retirement System, which includes additional compensation for taking on the “special risk” of working in the prison environment; private operators only offer standard 401(k) plans to their employees.

These slimmer benefit packages, privatization opponents say, mean that the companies are more likely to hire from the bottom of the barrel, which can have a direct impact on prison safety. For instance, Gadsden – a prison managed by CCA until last year – saw four employees fired between November 2008 and July 2009 for having inappropriate relationships with inmates. (One was also charged with sexual battery.) On the other hand, Hernando Correctional Institution, which the DOC regards as the most comparable public prison to Gadsden, has only seen one employee fired since 2006 for the same reason. The state’s former Department of Corrections secretary, Jim McDonough, who was hastily installed into the troubled department in 2006, recalls that private companies’ hiring standards stood as a bulwark against his goal of weeding out corrupt employees. “A lot of those that I let go reappeared in the ranks of the privates,” McDonough says. “At one point, I asked the privates to stop hiring the people I was firing.”

The GEO Group has also had issues with staff in its Florida facilities: Roughly a month and a half after its Graceville prison opened in September 2007, an employee was arrested when crack cocaine was found in his car. A little more than two months later, the prison’s warden resigned, citing “the stress and demands of the job,” according to the Jackson County Floridian. In March of last year, an inmate at Graceville died in a fight with another inmate. The state handed the facility over to CCA the following month, which meant that employees had to reapply for their jobs.

The GEO Group declined the Weekly’s request for comment, but in a recent conference call, it was clear that the company was excited about the prospects for growth in its home state. “I think the Florida opportunity is several hundreds of millions,” said Brian Evans, GEO Group’s chief financial officer, adding that it will be among “the largest opportunities we’ve ever seen in the history of our industry.”

GEO has powerful friends in the Florida legislature to thank for that. At the beginning of this year’s session, the House had proposed that only prisons in Miami-Dade and Broward counties be privatized, while the Senate pushed for the wholesale privatization of Department of Corrections facilities in 18 counties. In the end, there was no compromise – the Senate’s bill won. In addition, according to State Sen. Mike Fasano (R-New Port Richey), the Senate’s Budget Subcommittee on Criminal and Civil Justice Appropriations had hoped to cut payments to private prison operators by 5 percent; the corresponding House committee had aimed to slash payments by 12 percent. In the end, Fasano says, “not one dime” was cut. And despite having a budget of $29.7 billion dollars under its purview, the House’s Health Care Appropriations Subcommittee found the $717,680 budget of the Correctional Medical Authority – the only independent state agency monitoring health care in the state’s prisons – to be an unnecessary expense. The program was eliminated at the same time that the entirety of the state’s prison health care system was offered to private vendors. (GEO Care, a wholly-owned subsidiary of the GEO Group, is considered well-positioned to take many of those contracts.)

“I don’t think it’s any coincidence,” says Rep. Mark Pafford (D-West Palm Beach) of the timing. “It’s a corporate-led legislature. And this year, probably in every single aspect of the budget, was a giveaway to corporations.”

The GEO Group funneled $680,500 into the coffers of the Florida Republican party – which dominates the legislature – during the 2010 election cycle.

The GEO Group also spent somewhere between $800,000 and $1.37 million on Florida lobbyists last year; among them is Ron Book, who is well-connected in Tallahassee to an almost legendary degree. Though Book won’t comment on the nature of his meetings with legislators, he offers a hopeful view of the experiment to come: “I think the state of Florida is in a position to save a lot of money in the corrections arena, and for the first time in history, do an apples-to-apples comparison of the public sector versus the private sector and see who does it better.”