Festival director Nina Streich: "It's not exactly what you expect." 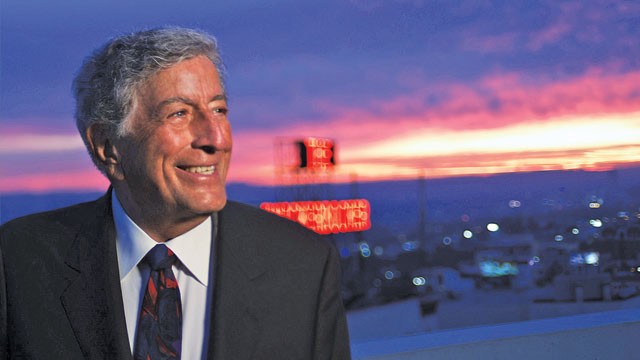 Every year we've written about this annual film festival, which showcases thought-provoking international films that promote better understanding of cultural movements and struggles, we've taken a similar approach: We attempt to convince readers that, despite a didactic-sounding name, this festival is not a bore. We express surprise that we've found it, yet again, to be a collection of entertaining and intriguing films (mostly documentaries) that will engage viewers with their humanity, their sometimes cutting-edge realism, their value as artistic works and political statements.

But after 10 years, the Global Peace Film Festival's well-rounded programming should come as a surprise to no one. The festival has grown from a handful of films compiled on a shoestring budget into an organized annual effort staged by executive director Nina Streich, a board of directors and a small army of dedicated volunteers. Still, Streich says she likes it when people who attend the festival tell her it challenged their notions of what a festival promoting worldwide peace can encompass.

"I always love it when people have that reaction," she says. "Years ago, when Steve Schneider was [covering us] for the Orlando Weekly, his tagline for his coverage of the festival was something like, 'If you think you know what you're going to, you haven't been there.' I loved that."

This year's festival lineup is an eclectic mix of activist-oriented films (Street Paper, a film that follows the lives of a group of homeless people who put out a newspaper for their community), environmental documentaries (Planeat, about the impact animal-based diets have on human health and the planet) and films that might not seem to have much to do with promoting peace at all. Take, for example, the opening-night film, The Zen of Bennett, a first-person narrative documentary about the creative process of singer Tony Bennett, or the inclusion this year of

Party Crashers, a fairly straightforward film that delves into the development of the Tea Party.

We asked Streich to talk to us about the planning of this year's festival and the thought process behind including some of the less-obvious film selections.

Nina Streich: Well, Tony Bennett is a pacifist, so it really is a good fit for the festival. … It was produced by his son, and it's sort of a good way to let people in on the human side of Tony Bennett. The screening is outdoors, so it's also a good film you can get engrossed in if you want to, but if you don't pay attention or wander off and then come back, you won't get lost.

It did seem like an unusual choice to open the festival, but then there are a lot of things in this festival that might seem unusual to people – lots of films in the program aren't specifically about "peace"; some make people have to stretch to think about how they fit.

A lot of the program is kind of like that. I mean, several years ago, during the Iraq War, we had less Iraq War films than the Florida Film Festival, for instance, and that was a surprise to some people. … That's what makes it interesting, it's not exactly what you expect.
Planeat, for instance, is a food film, and we have a film called Trial by Fire: Lives Re-forged, about burn victims, which is an inner-peace kind of film.

Over the years, the Global Peace Film Festival has changed, adding or subtracting different elements – festivals, talks, parades. What are you doing differently for the 10th edition of the festival?

We are not having the street fair this year, and instead of that, we're doing screenings in community centers in Orlando before the festival, with films from previous festivals, as a sort of lead-up. My goal was to have 10 screenings in 10 community centers to represent 10 years of the festival. And I overshot that goal. We actually have 11.
Hopefully we'll do that again next year with more. What I like about that is bringing it out to the community – people have to come to the festival, but this brings the festival out to the community.
Also totally unique this year, there will be an online-only part of the festival that'll go live on our website, so it'll turn on the 18th and be turned off on the 23rd. It'll have films that are not in the regular festival, mostly short films, easy to watch. Several of them are films by local filmmakers, many of them student filmmakers. … We had a lot of films we wanted to accept that we just didn't have room for. We'd been talking about doing something online for a long time, and here's our opportunity. I actually think that's the way that film festivals are going to go in the future anyway, more online offerings. Film festivals are changing.

There are more and more online festivals, and there's a lot of talk about them changing. Somebody I know who's a film festival consultant is really pushing a new online platform. We'll be doing something, expanding online in the future, but I'm not exactly
sure yet.

What films in this year's festival do you think would be of particular interest to Orlando Weekly readers?

The Uterati: Fighting Back in the War on Women. It features a lot of local women activists, from [Planned Parenthood of Greater Orlando president and CEO] Jenna Tosh to [Florida Watch Action executive director] Susannah Randolph to lots of others. Vicki Nantz is the director. Her partner, [attorney] Mary Meeks, is the producer. … This is actually Vicki's third film we've programmed at the festival. She called me up and she said, 'This film is a little more out there; this is an angry film. I don't know if you'll be able to program it.' But it's very timely.

On the other side of the fence, we have a film called Party Crashers about the Tea Party. It's really a reporting film. It's about some of the founders of the Tea Party factions in the early days, how it evolved, what the ideas were. It's less editorializing and much more reportage. It's fairly straightforward, and from my perspective, it's not hard enough on them, but it does touch on the racism, the gun-toting. But the spokespeople that it follows, they kind of say, 'Well, that just happens, it's not what we're about and we can't control what people in our audiences do' kind of thing. It gives voice to those people. I found it interesting, I found it useful.

How did you decide to include it?

The Tea Party film is really one of the first films that's very much "of the other side" that we've shown. Usually when we get submissions that are a global warming-denier sort of thing, they could go right up on Fox News, it's just 'The other side is stupid, we're right, you're wrong,' and they don't give you the reasons for their arguments. We get submissions of those kinds of things occasionally, and every time one comes in, we go, 'Can we?' Then we look at it, and after five minutes, we go, 'Uh-uh. Because this doesn't help.' But this is one of the things we want to do: How do you create that space for dialogue? … I was really pleased that we found a film like Party Crashers that we were able to program that actually does add to the discussion.

What's your favorite film in this year's lineup?

I can never say a favorite. As we put the festival together I go, 'Oh, I love that one, I love that one.' But there are also some of them that I don't like so much as films, but when you put them together with the rest of the program, I feel like the whole is greater than the sum of its parts. Individually there are some films I like more, but I actually really like the construction of the festival as a whole.