Happytown: Guns in our dumb state 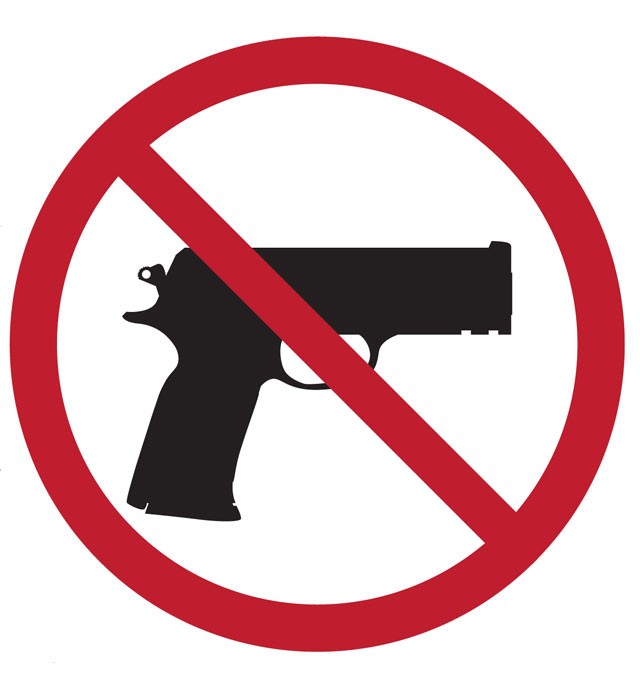 The nightmare before Christmas that was the Dec. 14 massacre of 27 people, including 20 first-graders at Sandy Hook Elementary School in Newtown, Conn., turned every happy town into a sad mess over the weekend. Even pretending that there is anything more than abject sorrow and righteous anger to be had in the shadow of that unfolding horror would be a disservice to the victims and their families. But there's a huge problem here that needs to be addressed, and if we ignore it, then we're failing everyone. Prayers will not be answered. Calls to your various totems of governance may.

That said, we were horrified by the violent signals the nation and the state of Florida were receiving at almost precisely the time when 20-year-old Adam Lanza decided to take out his personal frustrations on a classroom full of innocent children. On Dec. 14, the Republican-led Michigan legislature – still slap-happy from its right-to-work anti-union coup earlier in the week – rushed through a bill to allow (even encourage) carrying a concealed weapon into sports arenas, churches, day-cares and, yes, schools. Meanwhile, back in our firearm fire pit of Florida, Commissioner of Agriculture Adam Putnam could barely contain his enthusiasm at the tragic milestone our gun-like state was about to reach, issuing a press release on Dec. 12 to celebrate the anticipation of the state's millionth concealed weapons license.

Among the disturbing caveats included in the release – including the fact that four out of five license holders are middle-aged men, and that only 7,244 licenses have been revoked during the 25-year span of the concealed-carry program – was this sad reminder: Even though customer No. 1 million will likely be the happiest paranoid man on earth, he won't be identified. Since 2006, concealed-weapons permits have been exempt from public-records law.

"It is our responsibility to protect the identity of any individual who applies for a concealed weapon and firearm license," Putnam said. "We have a strong record in protecting the privacy of licensees, and I intend to uphold this reputation."

And that lawless anonymity is only part of the problem. Along with the Stand Your Ground fracas that put Sanford on the hate map earlier this year, the state has done virtually everything in its power to lubricate purported Second Amendment rights for its citizenry, streamlining the licensing process and holding gun owners as harmless as possible with incremental – and suspect – legislation designed to put out fires with gasoline. You want a "fast track" to potential suicide or "accidental" homicide in your home? We've got your "fast track." As a result, 5 percent of our dumb state holds a concealed-carry permit, making us the gun-toting-est mess of angst in the whole country. As expected, former crazy-grandma NRA president and current executive director of the United Sportsmen of Florida Marion Hammer was beside herself with glibness at the gun boom. We are all now successfully protecting ourselves in this hypothetical Wild West. "Criminals commit crimes, but they aren't stupid," she said, according to SaintPetersBlog.com. "They don't want to get shot."

For a nation still reeling from the unthinkable tragedy of Newtown, that's a cold comfort at best. In the coming weeks, expect lots of lip service to be paid to the odd conundrum of mental health and gun possession on the front end, but don't expect things to change for the better in the world of policy. As Mother Jones reported back in September, the powerful gun lobby has been able to force 99 gun-loving laws through state legislatures since 2009. And with the current Florida GOP administration practically dancing on the graves of those whose lives have been taken by handheld death machines (on Dec. 17, state Rep. Dennis Baxley, R-Ocala, pressed for a lift on school gun bans), even the shock of 20 dead first-graders isn't likely to sway any lawmakers with stockpile constituencies. Nobody wants to get shot, but no legislator wants to look like a wimp, right?