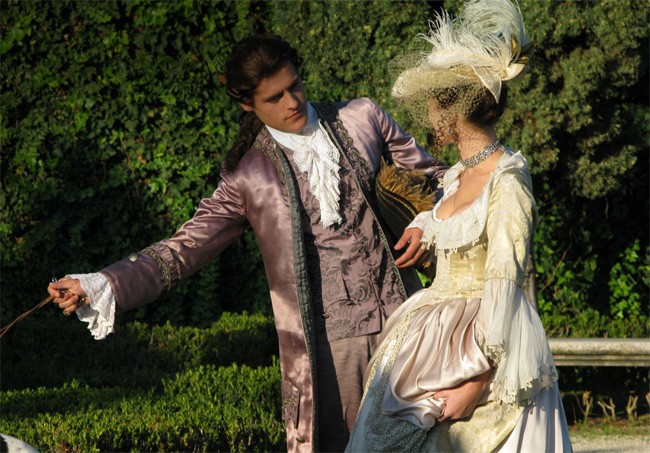 I admit that before watching it on DVD, I’d never heard of this Adult Swim oddity … and I’m a regular watcher of Comedy Central’s late-night stoner block. Under the radar may be the sweet spot for the repetitive show, which features Jon Glaser as a man in the witness protection program due to give his testimony against Russian mobsters, and whose life is turned upside-down (or possibly wholly fulfilled) when his struggle to remain anonymous becomes the subject of a reality TV show. The first-season charms – namely, fun with voice modulators and a permanent balaclava – start to sag as the second season expands the format from 11-minute shorts to a 22-minute sitcom. Still, show creator Glaser (Human Giant) and co-star Eugene Mirman (The Flight of the Conchords) know how to get a laugh without insulting the audience. (available now)

If a director must shuffle off this mortal coil – and, last I checked, they all must – one can only pray for this kind of timing. Raúl Ruiz, the Chilean filmmaker best known for 1997’s Genealogies of a Crime and an odd, inspired artistic partnership with John Malkovich, died in August at age 70, shortly after the release of this masterpiece based on the 1854 novel by acclaimed Portuguese author Camilo Castelo Branco. What a way to go out. Ruiz’s four-hour epic follows Joao on a search for his heritage that defines his life and uncovers many defining secrets of others in the process. Terrific performances abound, but it’s Ruiz’s vision that reigns, and for good reason: His camera sweeps and snoops with equal melodramatic relish and aesthetic sumptuousness. (available Jan. 17)

It’s Days of Thunder meets TRON with some Speed Racer and Akira thrown in for good measure in Takeshi Koike’s fast-and-furious anime adventure about (and I mean “about” in the loosest sense possible) a futuristic, otherworldly mega-race where fixes are in, drivers keep dying off and a star racer, Sweet JP, finds love and redemption. This being a beautifully hand-drawn and digitally composited anime film, of course, there are incoherent complications of the usual sort, but by the time the funky-bot is introduced, you will have long since lost any reason to care about the plot. Koike (Kill Bill: Vol. 1, The Animatrix) pumps this thing so full of adrenaline and captivating line drawings – the sound design is a particular marvel – that eventually all there is to do is hang on to your armrests. And don’t miss the in-depth look, in the extras, at the making of this wild ride, incorporating animatics and storyboards. (available Jan. 17)