Is the Downtown Development Board willfully ignorant about Orlando’s music culture? 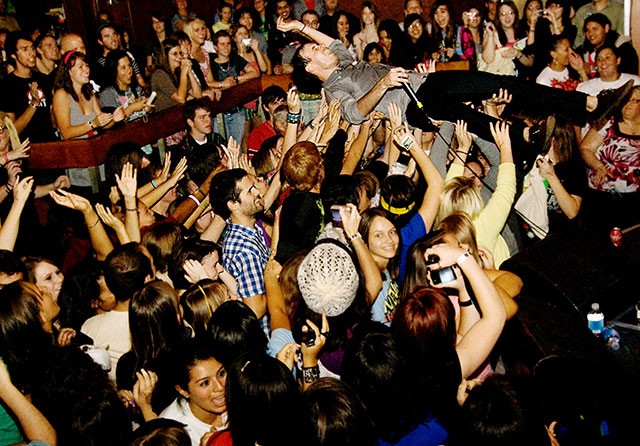 It can be difficult to grasp what exactly stunts Orlando’s music scene to the point where many bands’ willingness to tour here is limited and the concept of longstanding music festivals is a long-running joke. From where I’m standing, though, it seems clear: The city consults with the wrong people when seeking to improve Orlando’s profitability as a destination beyond Disney. Especially when it comes to live music events.

We saw that with Orlando Calling, when its organizers forced local bands to compete for “coveted” spots in the lineup rather than asking someone who knows which bands in our city were worth showcasing. And we saw it again this summer with the absurdly specific exceptions written into the downtown nightlife ordinance for live music venues based on requirements that practically none of Orlando’s downtown music venues actually meet. It seems the wording was borrowed from other cities who have had similar regulation shifts, so, basically that’s just copy-paste legislation at its finest. And it almost cost us some of our most well-attended music venues.

Those who were paying attention to the incompetent language of the downtown nightlife ordinance currently being redrafted (“This Little Underground,” Sept. 4) know that were we a more passive people, the music scene would be subject to gross oversights by now, including turning all-ages shows at clubs like Backbooth and the Social into a near impossibility. Perhaps the most glaring stipulation was written so that live music venues (with special permits, mind you) could only allow patrons under 21 to remain at shows past 10 p.m. in those venues with a capacity of 1,100 or more (which would disqualify small venues: Backbooth’s capacity is 350; the Social’s is 450). While the ordinance is being amended, we can only speculate on how these smaller venues will be safeguarded in future drafts, but here are some suggestions that the Downtown Development Board might want to consider in the meantime.

In Providence, R.I., they are concerned with public safety in their downtown area too, because of violence outside certain nightclubs. Just like here, a group of business owners became concerned about how new ordinances would impact their establishments, so they formed a coalition of clubs. We should formally do the same, and while we’re at it, pull in promoters, local musicians, media and other invested community members who might actually be able to inform new policy and maybe even spare future embarrassment.

And this might be taboo to bring up at this point, but is barricading the young crowd from downtown bars really the best thing for downtown economic viability? In Madison, Wis., their city went kind of the opposite direction and looked for ways to increase 18-and-over options downtown; the city is currently encouraging businesses to present unique entertainment models. While we don’t necessarily need a teen club or anything like that, our youth culture – including those crazy kids who are part of the Relief in Abstract collective that is actually getting Orlando positive national attention – should not be abjured from the “mature” venues that have already highlighted and in all likelihood benefited from their talents. Didn’t Marcel Everett, 17, better known by his stage name XXYYXX, sell out the Social in July? Imagine ticket sales if none of his underage fans could attend.

These changes aren’t just about extending drinking hours, decreasing crime or attracting tourists. Our downtown music venues are a key part of Orlando’s music culture, and to limit their operations is by extension limiting artistic growth of our musicians and how residents discover them. If you’re troubled by the situation, chime in by emailing DDB executive director Thomas Chatmon ([email protected]), and make your own kind of music ordinance, Orlando.