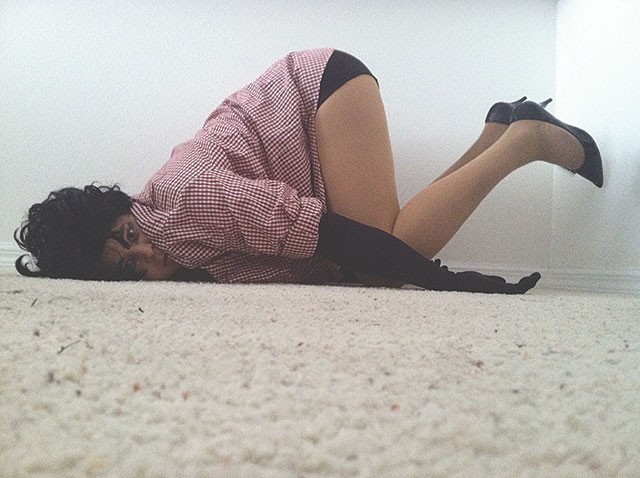 One of the brightest stars of last year’s Orlando International Fringe Theatre Festival was the legendary Judy Garland, who favored Michael Wanzie’s game show Celebrity Squares with her delightful non sequiturs while collapsing about the stage like a rag doll on Vicodin. This year, Miss Garland returns to work her chemically induced magic on Wanzie’s Celebrity Match Game. She’s also become a go-to philosopher on Facebook (find her as “Hello I’m Judy Garland”), which is where we interviewed her, one PM-ed question at a time. It had all the fun and mystery of playing Words With Friends in some version of the Mike Todd Room that exists only in hell.

Orlando Weekly: Last year, you appeared in the Fringe hit Celebrity Squares. (Trust me on this). It had an impressive three-level set. The set for Match Game will only have two levels. How are you going to compensate for the reduced potential to maim yourself? Judy Garland: I was lying in the bushes before you called. Thank you for getting me up and at ’em for the day, Bruce. So, what is your question?

Good morning! Now that you’re an old pro, what are your tips for surviving the Fringe? This year, Fringe is allowing anyone to cook food on the Green and either sell it, eat it or both. Bring your grills, your meat cookers, build fires in the grass, and let’s have dinner together! I will be bringing a three-tiered rice cooker and a hot plate.

Thanks for the heads-up. Now let’s talk philosophy: If you fall down and no one is there to hear you, did you make a sound? I just fell down. Did you hear it? No. Then there’s your question.

OK. Do you have any advice for Lindsay Lohan? When Morgan Freeman had me over for lunch Tuesday, the subject of impalas (the animal, not the car) came up. I looked him square in his somewhat hangy eyeballs and said, “This. Sandwich. Is. Good.” And with that, we made a picture and I won a Golden Globe for Best Hat in a Hat Show. It really does pay to live like you were dying. Each day holds so much. Like a handful of pennies. But if all you have are pennies, then you better pretend they’re something else, or you’ll feel poor, and no one wants to feel poor. NO ONE WANTS TO FEEL POOR.

Right. Final question: Inappropriate humor is a big issue these days, with performers and pundits struggling to figure out which subjects, if any, should be off-limits in a rapidly evolving society. With that in mind, who do you like in the National League East? Before you get on your damn writer soapbox and judge me for my ashy elbows, you better tell these people who read your paper about my Facebook page. It’s my conduit, my tube, my tunnel, my telegraph for people to contact me. I don’t know the web address. Do you? As for humor, there is nothing funny. Ever. People laugh because they want others to think they’re rich.

When you are smiling and laughing, it means you have no problems. And rich people HAVE NO PROBLEMS. So I say to those boys spending $300 on tennis shoes to stop the shopping and start the laughing and HOO BOY some rich white woman will strike up a conversation with them faster than I can fall backwards into a pool and not realize it for seven days. Seven days, mind you.

Thank you for your time.