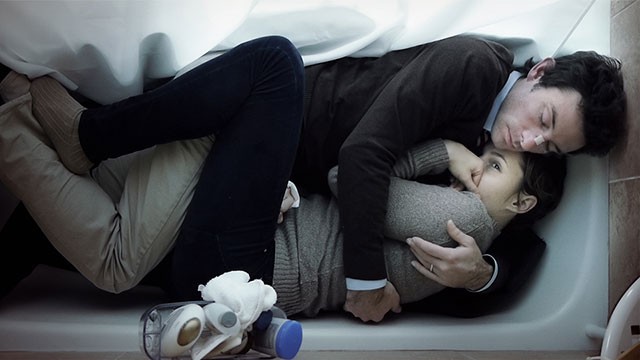 It’s going to be a big year for Amy Seimetz. The multi-hyphenate St. Pete native will spend the summer trying to stay alive on season three of AMC’s crime drama The Killing, and later this year can be found as a recurring character on the Christopher Guest-created Family Tree on HBO. It’s a big break for someone who has toiled in indie films for so long without a breakout, but it’s those indie films that kick off her big year, and three new releases she has a role in can be found on VOD this month.

In Upstream Color (Amazon, OnDemand), Shane Carruth’s long overdue follow-up to the time travel mindbender Primer, Seimetz plays Kris, a young film producer whose life is upended when she is victimized by a highly sophisticated type of fraud, sort of a walking biological hypnosis that her brain has no defense against. She signs away her life to a thief, but doesn’t remember it upon awaking. Carruth plays Jeff, a man with his own mysterious past who is drawn to her, though he doesn’t quite know why.

In a film that will leave you guessing and then constantly changing your guesses with each new piece of information, that curious magnetism stands out as the central question. It’s the easiest to answer, and maybe that solidity makes it the most satisfying part.

Films like Upstream Color can frustrate more than they entertain if the mystery isn’t perfectly drawn out and conceived, but Carruth uses his experience as an engineer to his advantage to craft a puzzle of exceeding quality that will have you going back to watch it over again and pick apart everything you missed.

Written and directed by Seimetz, Sun Don’t Shine (Amazon, OnDemand) is a frantic and paranoid road movie that finds a pair of lovers, Crystal (Kate Lyn Sheil) and Leo (Kentucker Audley), trekking from Tampa to the Everglades. It was IndieWire’s pick for Best Undistributed Film after a big debut at SXSW 2012.

Crystal and Leo, though, barely seem be lovers at all through their constant sniping and fighting. Most of the tension is because there’s actually a third passenger along for the ride: Crystal’s husband, who is in the trunk, dead after a vicious fight didn’t go the way he planned. Dead husband aside, the film is an engrossing examination of Crystal’s mental state, which runs up and down the entire spectrum throughout the film. Sheil is electric to watch in a performance that’s powerful and nuanced as she struggles to control her anger, flitting back and forth between a madwoman and graceful child.

It was actually on the set of Joe Swanberg’s Silver Bullets (Amazon, iTunes) that Seimetz and Sheil met before teaming up for Sun Don’t Shine. They play best friends, both actors, in this ultra-low-budget short feature about Claire (Sheil), a budding starlet, and the jealousy that slowly builds up when her boyfriend Ethan (Swanberg) casts Charlie (Seimetz) to replace her in one of his films, eventually drawing a dark revenge fantasy out of Claire.

Though Seimetz ends up mostly wasted here, stuck playing more of a catalyst for Claire and Ethan to have it out than a living, breathing character of her own, Sheil is exciting to watch once again as she turns the struggle with sanity into an essay.